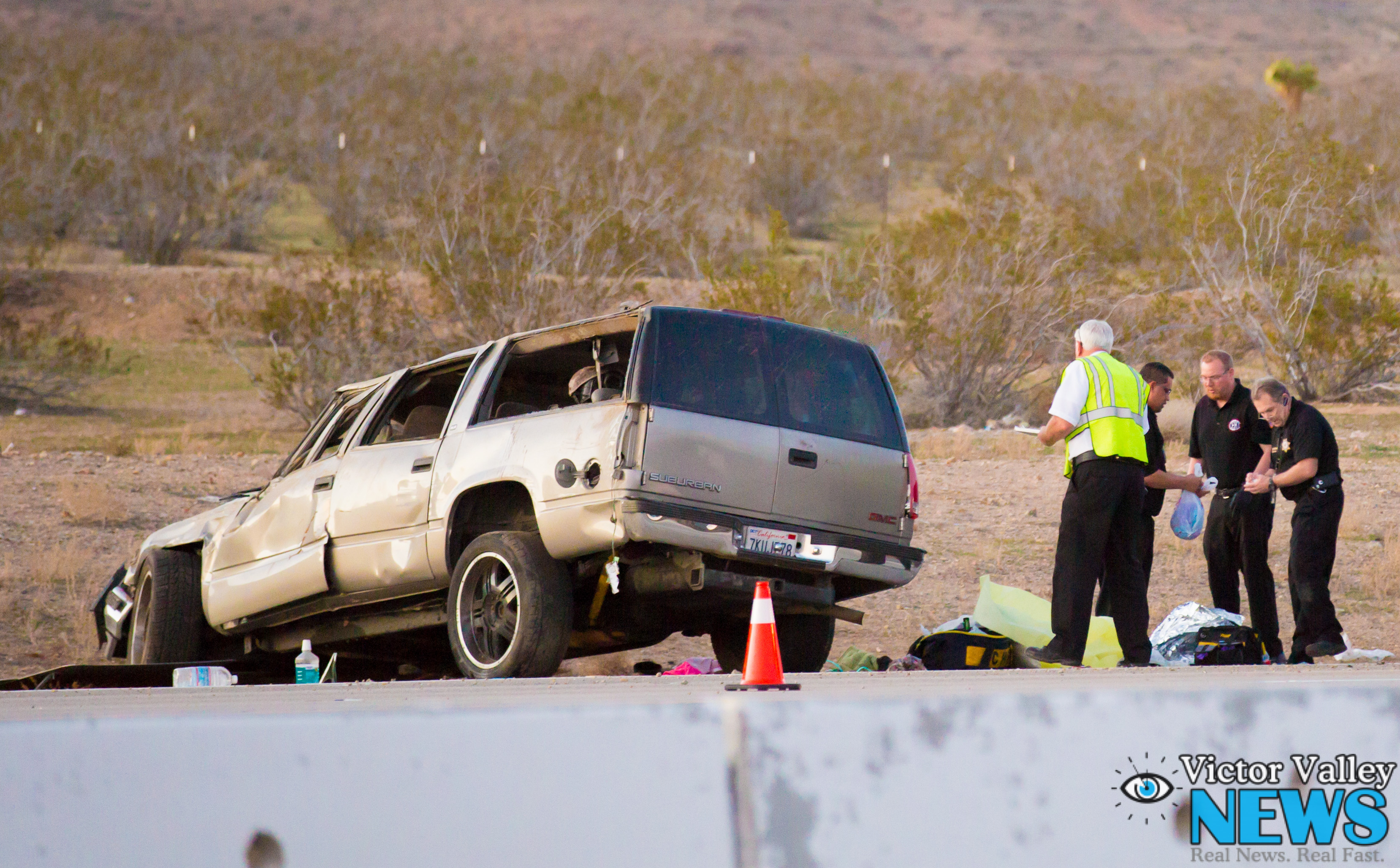 APPLE VALLEY, CALIF: (VVNG.com) The driver of the SUV involved in the rollover accident that claimed the life of 11-year-old Ahjanee Phillips, was arrested after being released from a local area hospital on Saturday.

Per a CHP press release, Michael Phillips was arrested on suspicion of felony driving under the influence when he lost control of the SUV and was found have had alcohol in his system.

The single vehicle rollover occurred Saturday afternoon on the southbound I-15 Freeway near the Dale Evans exit. Nine people were in the 1999 GMC Suburban at the time, in which Ahjanee was pronounced dead at the scene.

The other 8 occupants, which included the driver Michal Ladonta Phillips, 38, of Barstow, were taken to various hospitals for treatment.

Public records showed Phillips being held with a $250,000 bail after being booked into the High Desert Dention Center on charges of a DUI causing bodily injury, and gross vehicular manslaughter. A court appearance is set for  Tuesday at 12:30 p.m.