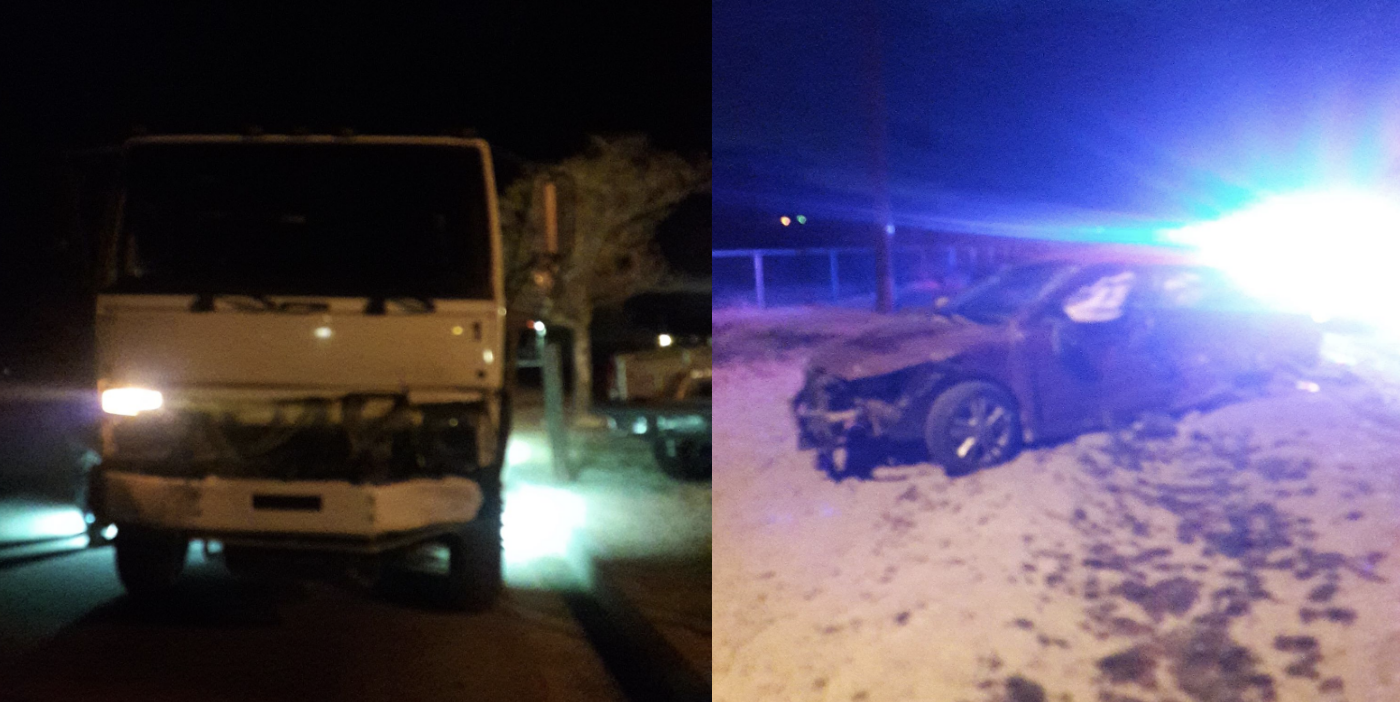 LUCERNE VALLEY, Calif. (VVNG.com) — A man was killed and a second man was flown to a trauma center after their vehicle was t-boned by a street sweeper Friday afternoon.

It happened on March 1, 2019, at the intersection of Old Woman Springs Road and Visalia Avenue in Lucerne Valley.

At about 4:30 pm, a Hyundai Elantra was traveling south on a dirt trail towards the 35000 block of Old Woman Springs Road.

According to the San Bernardino County Coroner’s office, the Hyundai was struck by a street sweeper, with its brushes up, traveling at highway speeds.

San Bernardino County Firefighters arrived on scene and located the four-door sedan with major damage. Despite life-saving measures, the male driver of the vehicle was pronounced deceased at the scene.

The identity of the driver will be released once notification of next of kin is complete.

The official cause of the accident remains under investigation by the California Highway Patrol – Victorville Office.