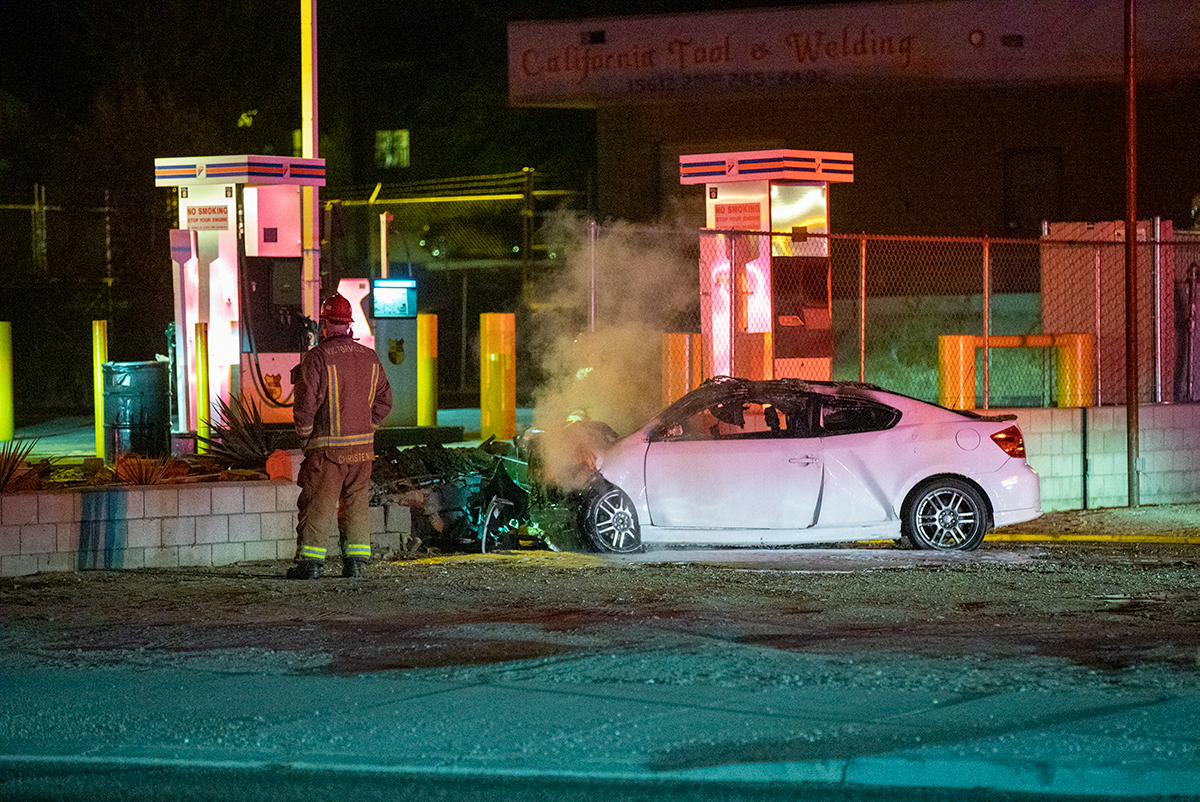 VICTORVILLE, Calif. (VVNG.com) — A man driving a Toyota Scion was killed Sunday morning after he hit a brick wall in Victorville.

It happened at 1:57 AM, November 15, 2020, on D Street between First and Second Streets in a parking lot next to the Beck Oil fueling station.

Despite First Responders performing life-saving measures on the man, he was pronounced deceased at a nearby hospital a short time later.

Preliminary reports suggest the driver was traveling eastbound on D Street when the driver lost control for an unknown reason, causing the vehicle to collide into the wall and catch fire.

Authorities have not identified the driver.

D Street remained open in both directions, however, officials shut down southbound lanes of traffic for both First and Second Streets for an investigation.

Motorcycle rider airlifted after crash on Sequoia Street in Hesperia