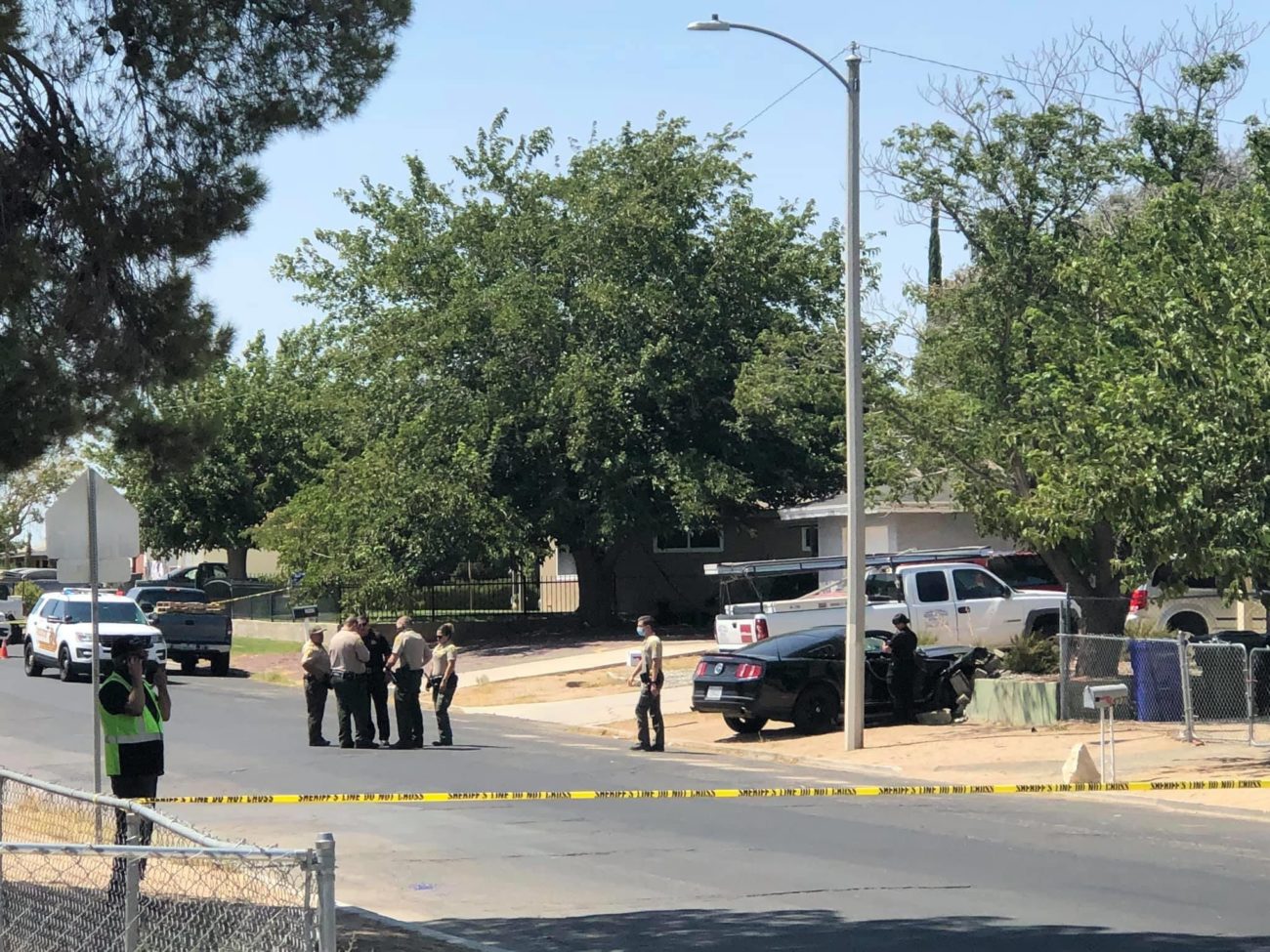 Sheriff’s spokeswoman Mara Rodriguez said the male was the only occupant of the car and he was pronounced deceased at the scene.

Claudia Flores said her son was walking around the block when he was almost hit by the speeding Mustang. According to Flores the vehicle never stopped as it slammed into the block wall.

Rodriguez said two residents were inside the home when the crash occurred and no other injuries were reported. Deputies determined the vehicle was traveling north on Las Piedras Drive and failed to stop at a stop sign.

The identity of the deceased 27-year-old man from Hesperia will be released by the San Bernardino County Coroner’s Office pending notification of next of kin.