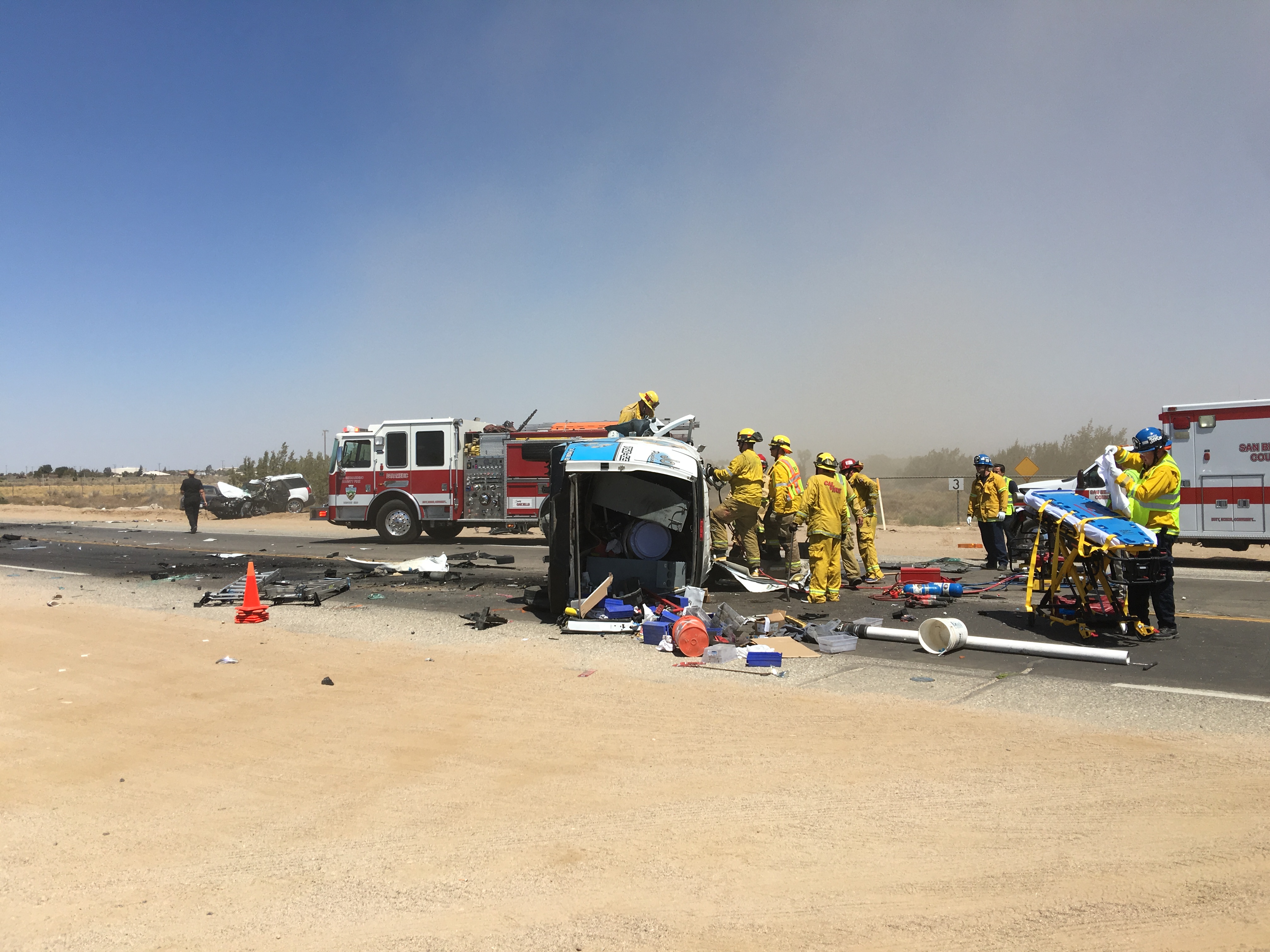 PHELAN, Calif: (VVNG.com)- The identity of the man killed in a head-on traffic collision on Phelan Road has been released by the San Bernardino Coroners Department.

Upon arrival, authorities located an overturned 2013 Chevy van on its side in the eastbound lane of Phelan Road and a 2005 Saturn SUV with major damage along the northbound dirt shoulder.

Paul Schneider, 55, a resident of Phelan, the sole occupant of the Saturn SUV was pronounced dead at the scene.

The male driver of the overturned van was trapped and required extrication. It took firefighters approximately 30 minutes to free the man from the vehicle. He sustained major injuries, including several broken bones and was airlifted to Arrowhead Regional Medical Center.

According to CHP officer Matt Hunt, the Saturn was traveling westbound on Phelan Road when it crossed over the double yellow lines, and directly into the path of the Chevy van in the eastbound lanes. The driver of the van turned to the south in an attempt to avoid the crash, stated Hunt.

Witnesses reportedly saw the Saturn swerving back and forth in the westbound lane prior to the collision, according to a coroner’s release.

Officer Matt Hunt said the collision remains under investigation, and it’s still to be determined if the driver of the Saturn was under the influence of alcohol or drugs at the time of the crash. 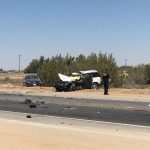 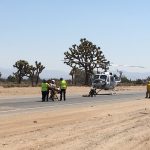 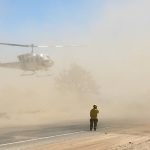