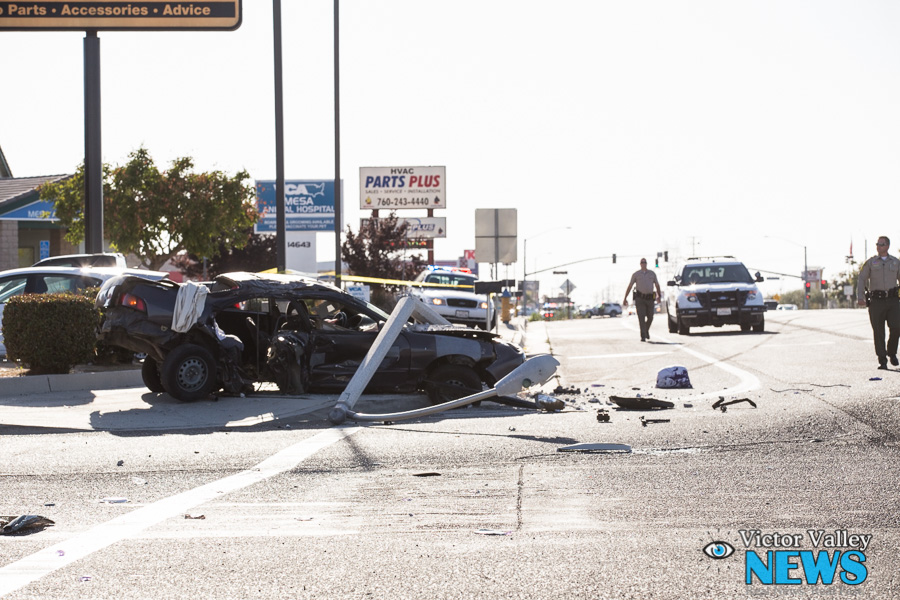 VICTORVILLE, CA:(VVNG.com)- The man killed in a Labor Day Crash has been identified as Ramon Valadez, 56, a resident of Chula Vista.

On Monday, September 5, 2016, at 4:54 p.m. authorities responded to a single vehicle traffic collision near the intersection of Palmdale Road and Del Gado Road.

Upon arrival, they discovered a black 4-door Acura Integra with major damage on the sidewalk.

The driver of the vehicle and sole occupant was transported by ambulance to Victor Valley Global Medical Center, where he was pronounced dead in the emergency room at 5:42 PM.

Valadez was traveling eastbound on Palmdale Road at a high-rate of speed, lost control, and collided with a light standard on the southwest corner of Del Gado Road, authorities said.