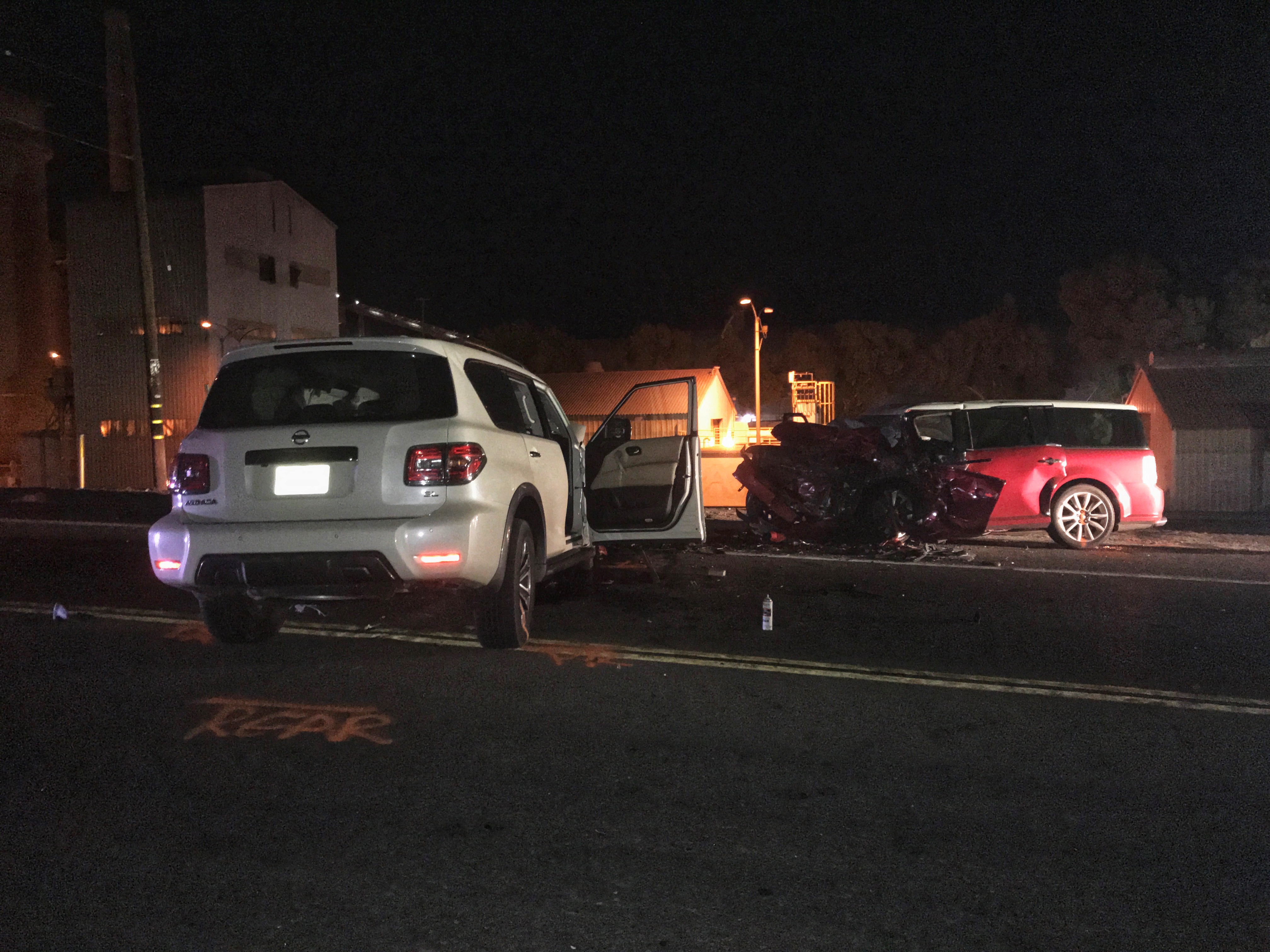 Aguirre was killed on National Trails Highway when his red Ford Flex was struck head-on by a Nissan Armada SUV that was traveling southbound.

The female driver of the Nissan, Kenya Williams, 45, of Las Vegas was airlifted to a trauma center where she is expected to make a full recovery.

A passenger in the Ford was also airlifted to a trauma center with life-threatening injuries. Aguirre was pronounced deceased at the scene at 10:58 pm, according to the coroner’s office.

Sheriff’s officials said deputies are investigating whether drugs or alcohol were a factor in the collision. The cause of the crash is under investigation and deputies are looking into why the Nissan crossed into opposing lanes.

Anyone with information or anyone who may have witnessed the collision is asked to contact Deputies A. Hylin or A. Ramos at the Victorville Police Station at 760-241-2911 and reference case # 171908051.