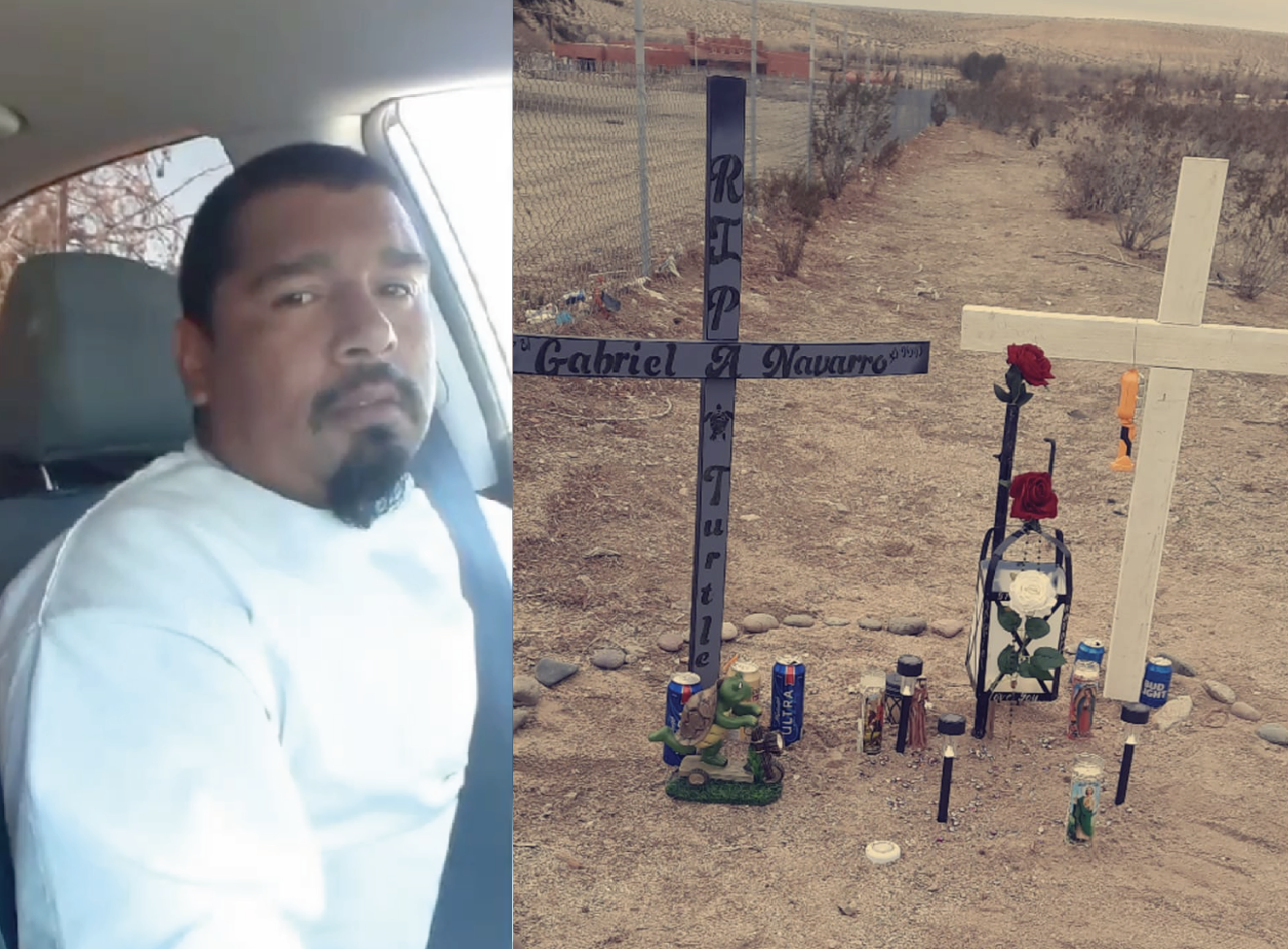 ORO GRANDE, Calif. (VVNG.com) – Family and friends have identified the man killed in a crash that involved a sheriff’s deputy’s patrol cruiser on Christmas Day.

The Oro Grande man was identified as Gabriel ‘Gabe’ Navarro, the driver of a 2009 Chevrolet Impala.

“My heart is just sad today, it’s a New Year, and it’s supposed to bring new joy and new hope but again we start the year without a loved one,” expresses his friend Andrea Deniz. “Last year December 22nd, I lost Keith Seals, and this year on December 25th, we lost Gabriel Navarro,  and none of us that loved him will be the same again.”

Leading up to the collision, Navarro was traveling southbound on National Trails Highway, approaching the intersection with Hibiscus Street, which is a three-way intersection controlled by a stop sign for all traffic on Hibiscus, officials confirmed.

For reasons still under investigation, the vehicles collided within the intersection, and due to the impact, the Chevrolet overturned several times landing off the roadway on its wheels, completely engulfed in flames, CHP Officials confirmed.

San Bernardino County Firefighters arrived on scene with the California Highway Patrol and had a difficult time locating Navarro after he was ejected during the course of the collision.

Navarro was located a short time later just south of his vehicle and pronounced deceased.

Two Good Samaritans stopped at the scene and helped extricate the unconscious deputy from his patrol vehicle, scanner traffic reported.

The California Highway Patrol utilized their helicopter, H82, to land at the scene and transport the deputy to Arrowhead Regional Medical Center.

The San Bernardino County Sheriff’s Department did not identify the Sheriff’s Deputy or provide an update on his condition as of Monday, January 2.

The cause of the collision is still under investigation by the California Highway Patrol, and anyone with information is asked to contact Officer Campos of the CHP Victorville area office at (760) 241-1186