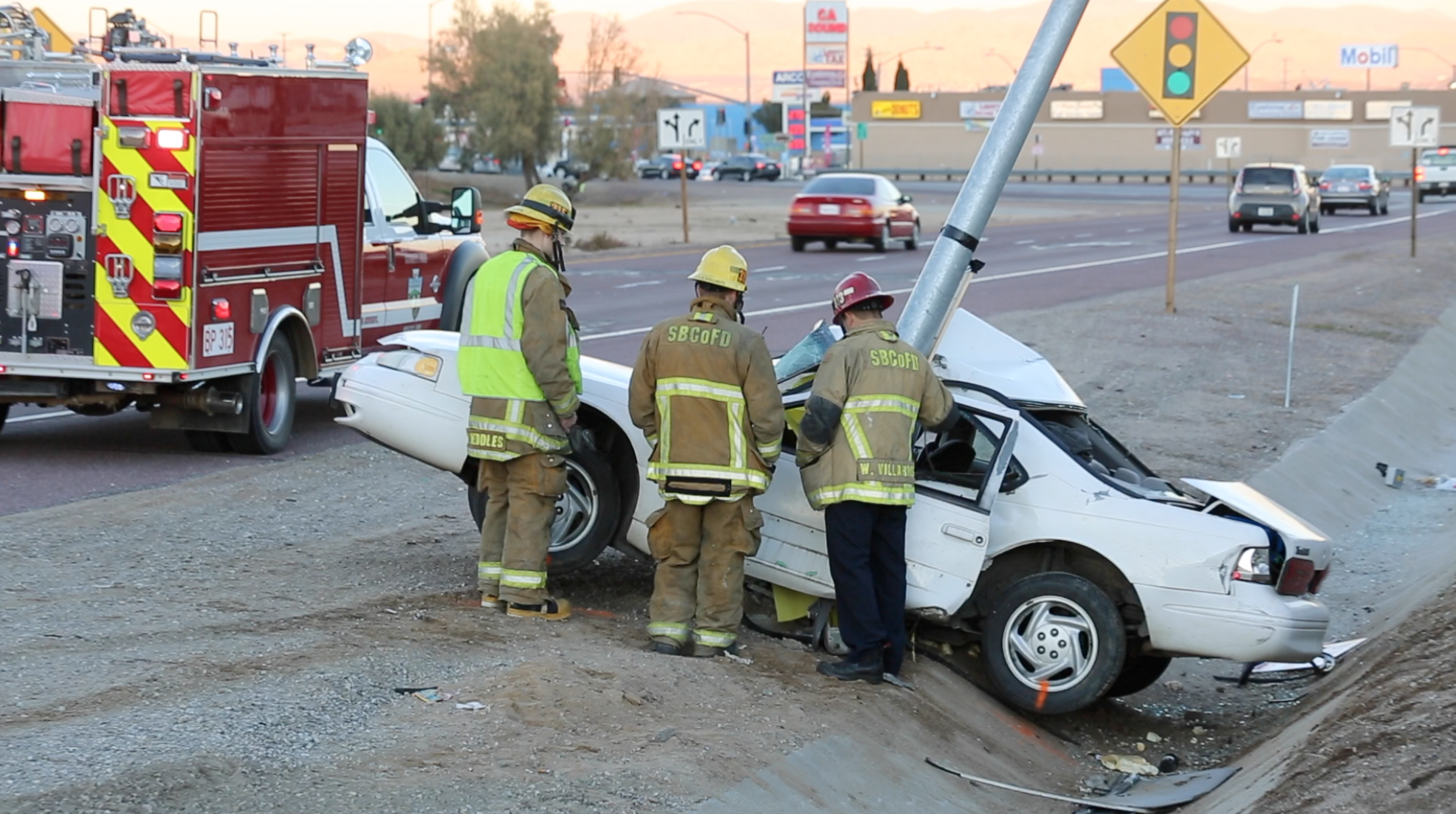 VICTORVILLE:(VVNG.com)- The San Bernardino Coroner’s Department has released the name of the man killed in the tragic accident on the Bear Valley Road Off-ramp. The single vehicle crash was reported at about 3:43 P.M., on Tuesday, January 12, 2016.

Adelanto resident Vincent Edward Dean, 44 was pronounced dead at the scene after his 1996 Ford Thunderbird lost control and crashed into a pole.

The large metal poles along the 15 freeway, support a smart sensor box. The device inside the white box uses radar technology to help monitor vehicle speeds.

Authorities said Dean was traveling northbound on the Bear Valley Road off-ramp at an unknown speed when his vehicle lost control. The vehicle spun around and the driver’s side impacted the pole before eventually coming to a stop in a drainage ditch.

No other vehicles or injuries were reported in the collision.

The cause of the crash remains under investigation by the California Highway Patrol.

One Man Dead and Another Facing Murder Charges After Helendale Shooting