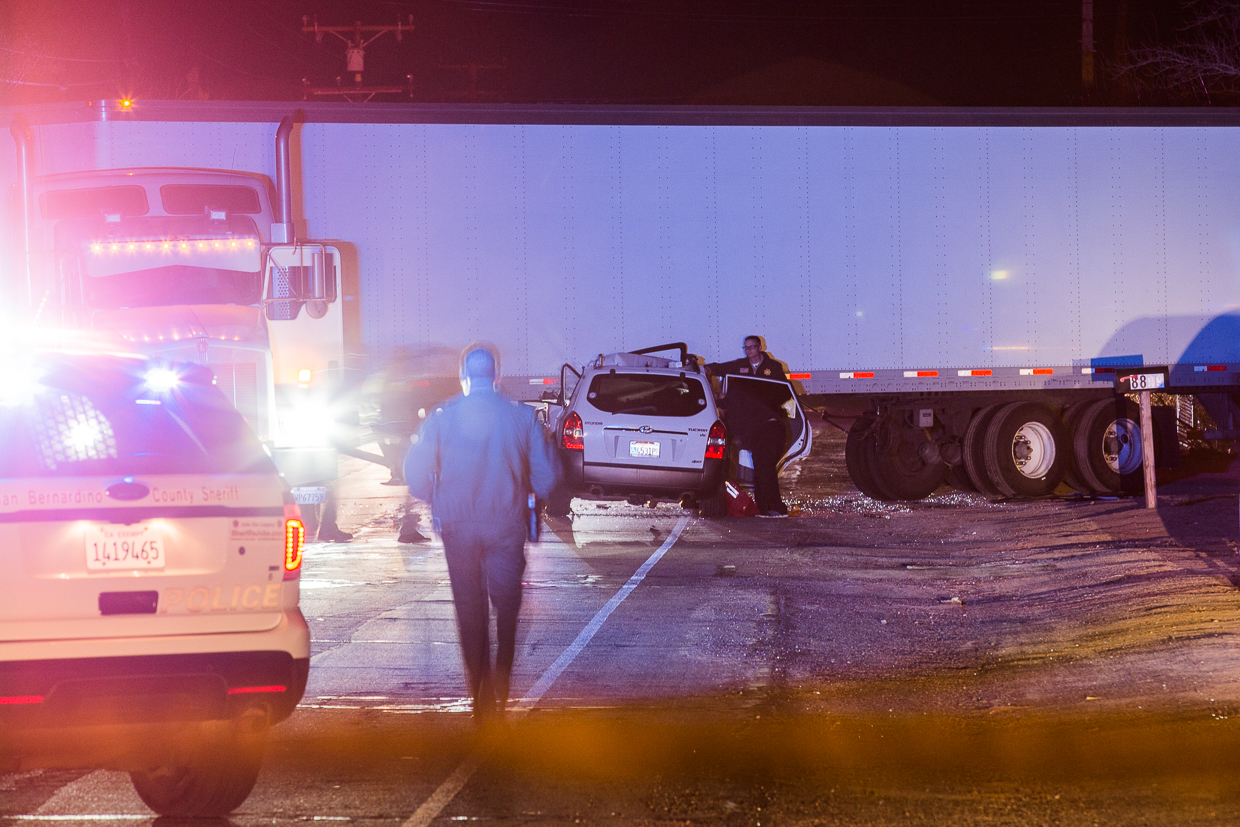 HESPERIA, Calif. (VVNG.com) A fatal traffic collision forced authorities to shut down a stretch of the 8800 block of 11th Avenue.

It happened at about 7:59 p.m. Wednesday night when the driver of a white Hyundai crashed into the side of a tractor-trailer and died upon impact, while a dog in the vehicle survived.

According to a neighbor, the owner of the semi-truck was attempting to reverse park the 18-wheeler into his driveway when the northbound vehicle struck the side of the semi.

“This street is extremely dark, with very few streets lights, I don’t think the car saw the truck because the lights of the semi looked like they were blinding the driver,” a nearby resident said.

Animal control was summoned to the scene to retrieve the canine, whose injuries remain unknown at this time.

The driver of the semi did not sustain any injuries and is cooperating with authorities.

11th Avenue between Lime and Sultana Street will remain closed for several hours while officials investigate.

This story is developing and more information will be released as it becomes available.