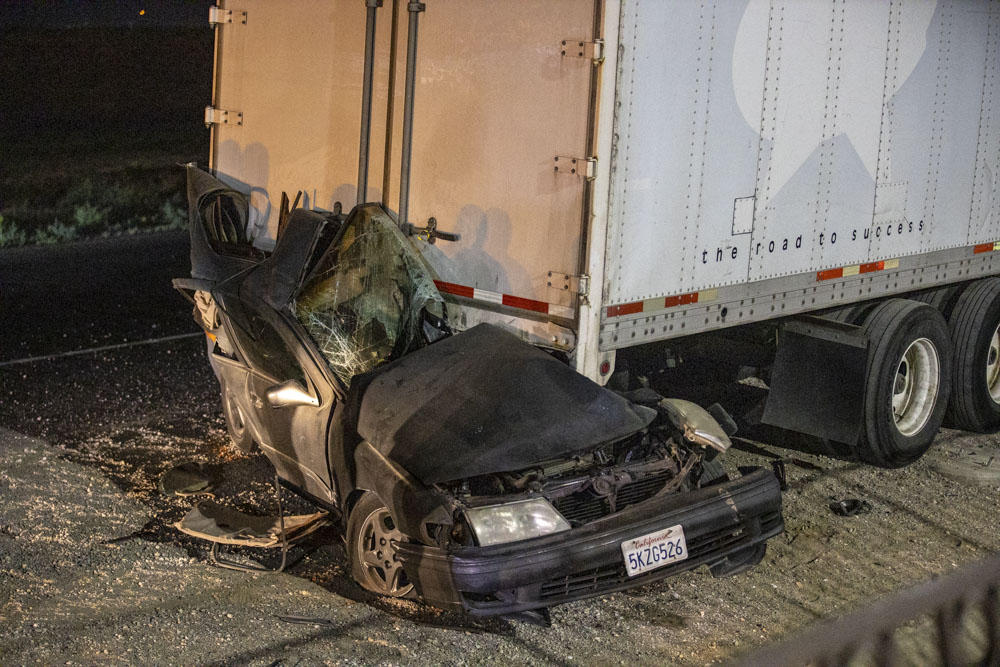 VICTORVILLE, Calif. (VVNG.com) — A driver was killed after slamming into the back of a parked semi on the I-15 freeway in Victorville.

At about 12:19 am, on Friday, May 22, 2020, officers from the California Highway Patrol and emergency personnel responded to the crash on the northbound I-15 Bear Valley Road off-ramp.

Upon arrival, crews located a black 1999 Toyota Avalon lodged under the rear of a 2010 Freightliner Cascadia with one person trapped inside. Victorville City Firefighters pronounced that individual deceased at the scene.

CHP officers interviewed the driver of the semi who reported he was asleep in the cab when the crash occurred.

The official cause of the crash is under investigation by the Victorville CHP station.

Related Topics:15 freewaysemiTraffic
Up Next