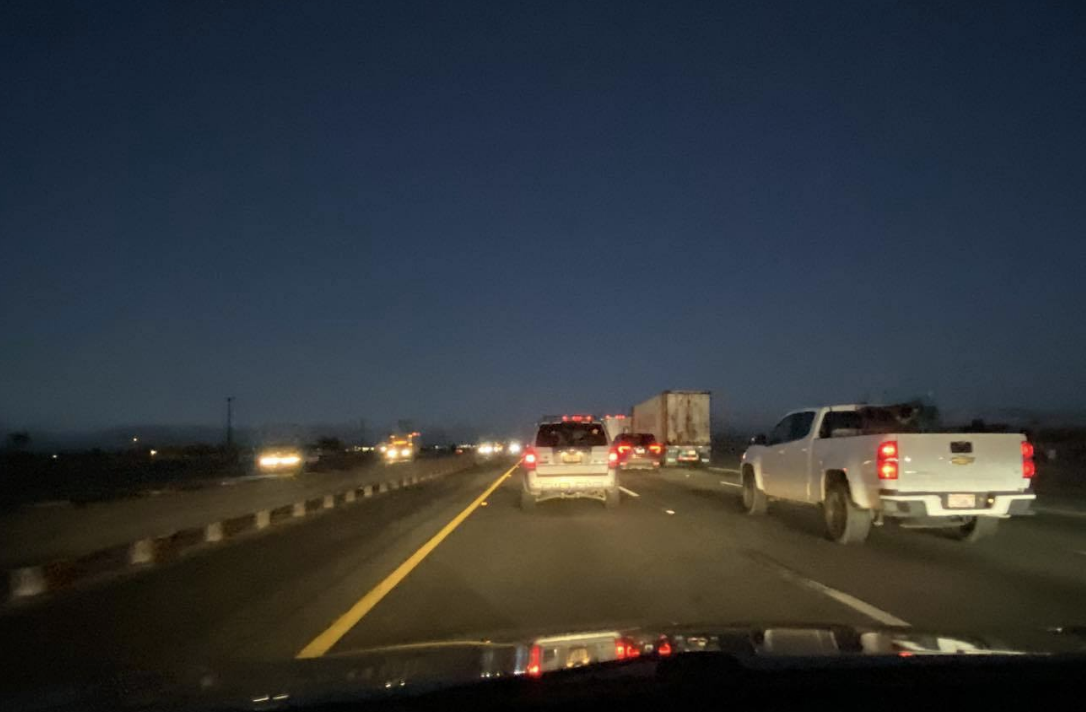 HESPERIA, Calif. (VVNG.com) — A 42-year-old man was killed on the I-15 freeway after he stopped his vehicle in the center divider and attempted to walk across lanes of traffic in Hesperia.

At about 3:50 am, on Tuesday, March 24, officers from the California Highway Patrol responded to a vehicle versus pedestrian on the northbound I-15, north of Joshua Street.

According to CHP officials, the male driver was traveling north in a silver Dodge Intrepid when for unknown reasons, he came to a stop in the center divider.

The male exited the vehicle, climbed over a metal/wood guardrail that separates the north and southbound traffic lanes. CHP officials said the male started walking across the southbound side when he was hit by a 2008 Toyota Camry in the no. 2 lane.

The female driver of the vehicle, a 27-year-old woman from Apple Valley, was unable to stop and struck the male who stepped directly into her path.

San Bernardino County Firefighters arrived on scene and pronounced the male deceased at 4:11 am.

The identity of the male killed will be released by the San Bernardino County Coroner’s office after next of kin has been notified.

Victorville CHP is investigating the incident and asking anyone with information to call 760-241-1186.

Related Topics:15 freewayHesperiaI-15killedpedestrian
Up Next