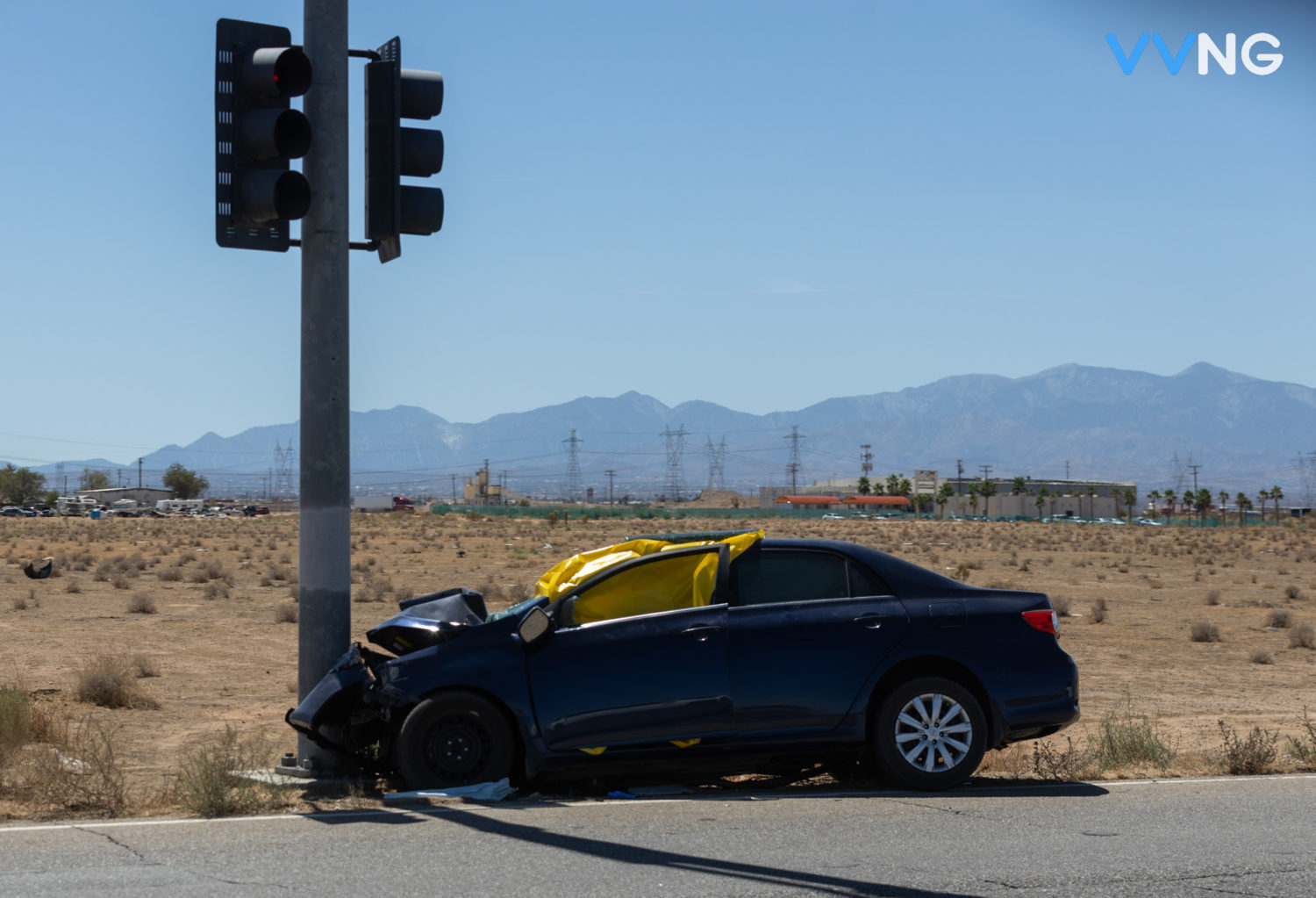 VICTORVILLE, Calif. (VVNG.com) — A driver was killed after crashing into a pole Sunday morning in Victorville.

It happened at 11:44 am, on September 5, 2021, at the intersection of Gateway Street and Air Expressway.

Deputies from the Victorville Police Department along with Victorville City Fire responded to the single-vehicle crash and located a blue Toyota Corolla with major front-end damage. Despite life-saving measures, the driver was pronounced deceased at the scene.

Deputies learned the driver was traveling east on Air Expressway and for unknown reasons collided into a light pole.

Eastbound lanes on Air Expressway were closed for several hours while deputies with the Major Accident Investigation Team photographed the scene. The official cause of the accident is under investigation.