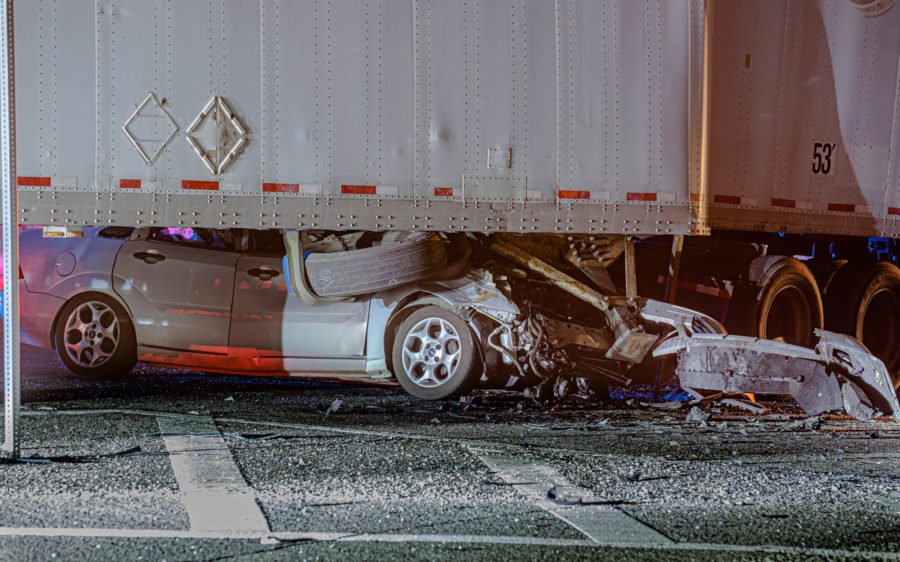 APPLE VALLEY, Calif. (VVNG.com) — A driver died after a car went under a tractor-trailer near the Walmart Distribution Center in Apple Valley.

At 8:11 p.m., on Sunday, March 1, 2020, emergency personnel responded to the crash at the intersection of Johnson Road and Dale Evans Parkway.

Upon arrival, they located the semi stopped halfway through the 4-way intersection and a silver 2005 Ford Focus wedged underneath the trailer.

According to scanner traffic, the driver of the sedan was pronounced deceased at the scene just after 8:20 p.m. by first responders.

A witness told VVNG the deceased driver was an older female with gray hair.

The identity of the deceased driver will be released by the San Bernardino Coroner’s Office.

Deputies from the Apple Valley Sheriff’s Station are handling the investigation. Anyone with information is asked to call 760-947-1500.