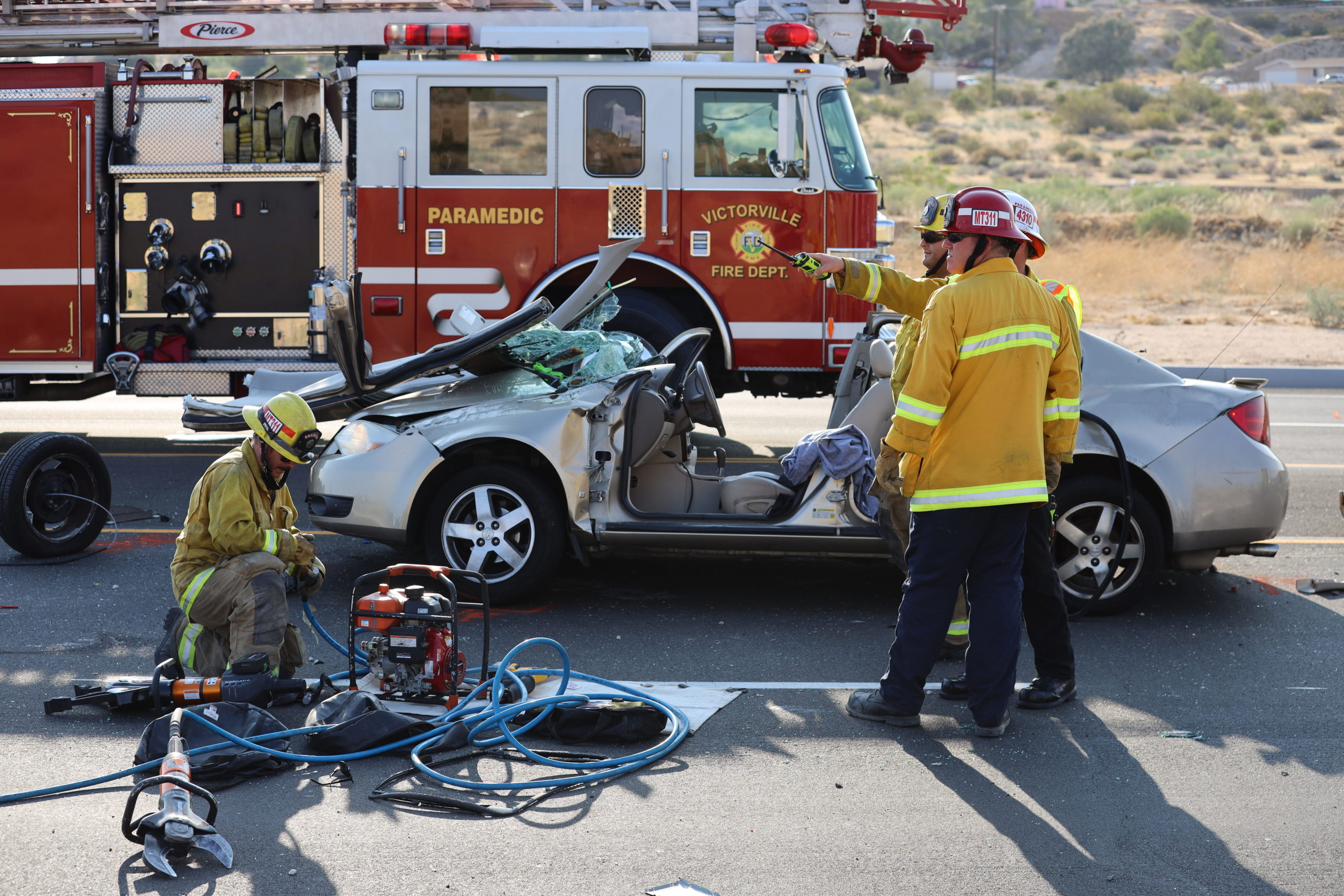 VICTORVILLE, Calif. (VVNG.com) — A helicopter was requested to land at Victor Valley Global Medical Center for a person involved in a crash Tuesday.

The incident was reported as a single-vehicle traffic collision on Hesperia Road, just north of Seneca Drive.

It took firefighters about 20 minutes to extricate the male driver from the vehicle.

According to a witness, the driver of the Chevy lost control while attempting to avoid a vehicle that pulled out from a nearby business. The Chevy overturned several times as a result.