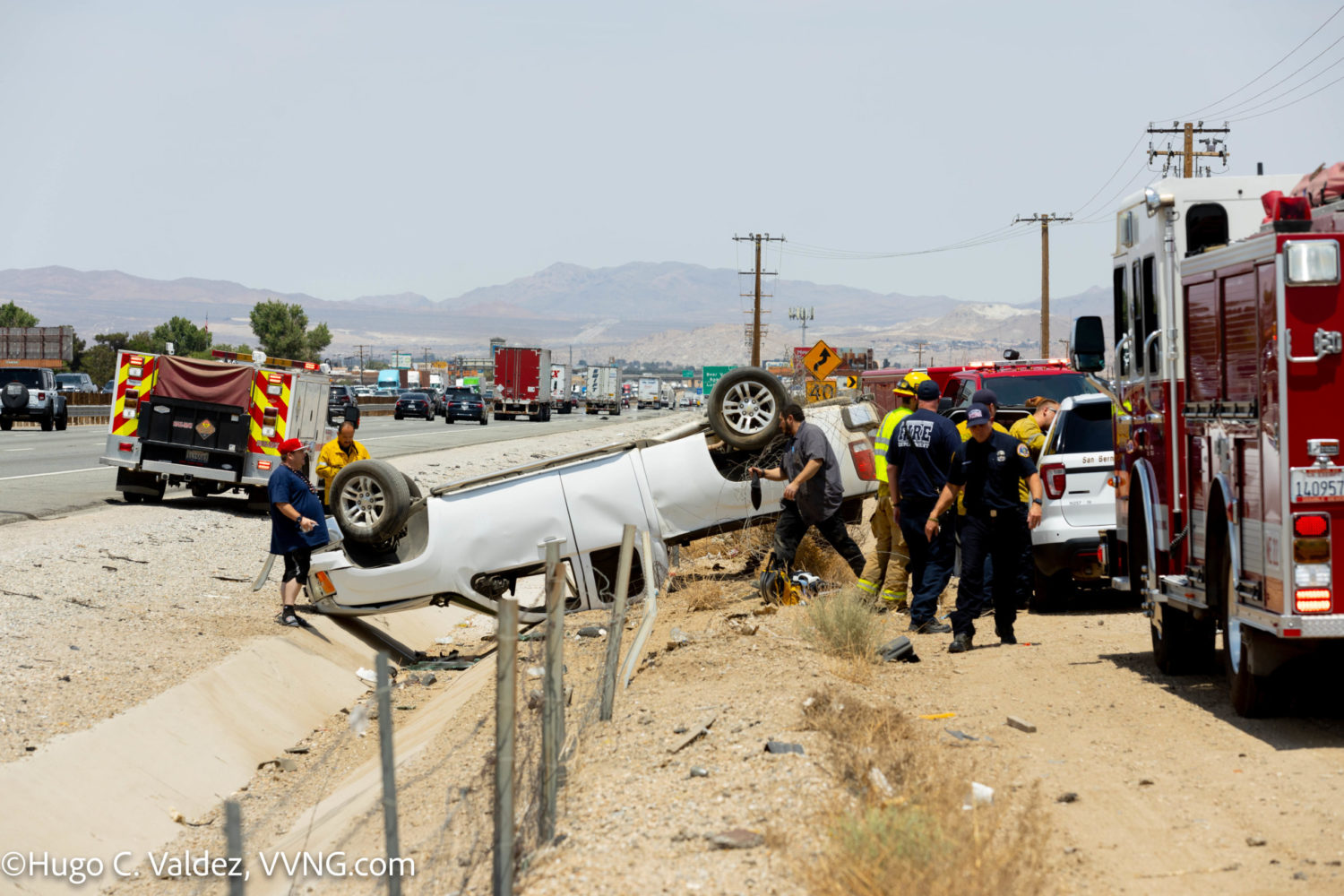 HESPERIA, Calif. (VVNG.com) — A man injured in a Tuesday afternoon rollover crash on the I-15 freeway was transported to a hospital.

It happened at about 1:15 pm, along the northbound I-15 between Bear Valley Road and Main Street.

For reasons still unknown, the male driver lost control of a white GMC Sierra pickup truck causing it to rollover and lan on its roof over a drainage ditch that runs along the I-15.

San Bernardino County Fire responded to the scene and transported to male driver to Arrowhead Regional Medical Center after he sufferd a head laceration.

The incident prompted traffic to slow down and back-up for several miles and in both directions.

No other injuries were reported and the crash is under investigation by the Victorville California Highway Patrol.

Related Topics:15 freewayaccidentCrashRollover
Up Next