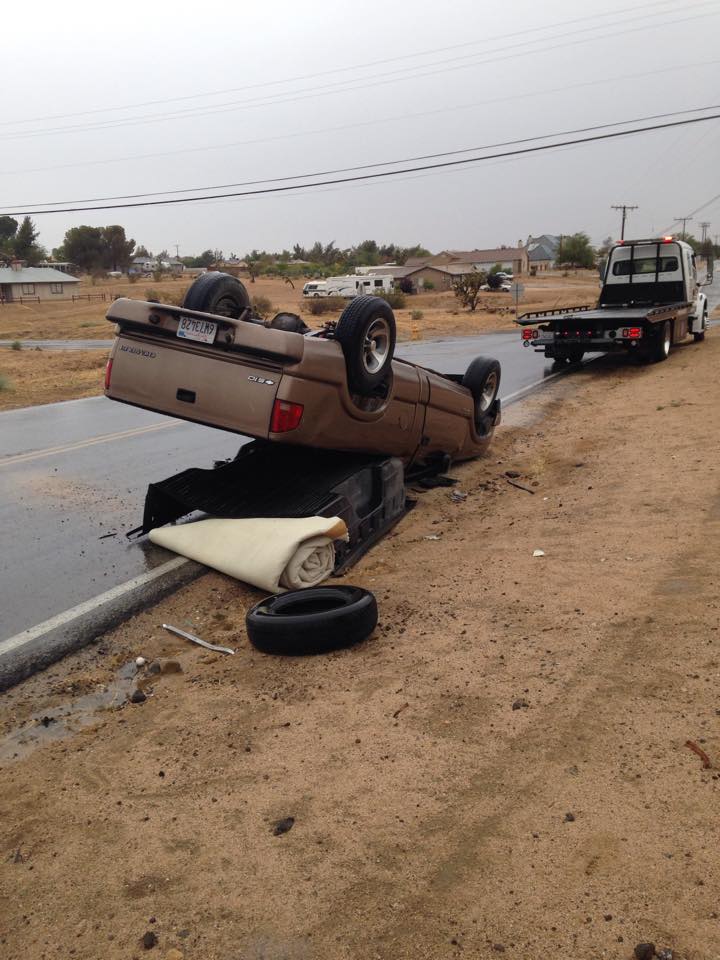 HESPERIA-(VVNG.com): According to scanner traffic, dispatch received a call regarding a male in a pick-up truck that intentionally attempted to hit a female pedestrian with his vehicle just before 3:30 P.M., on Thursday, May 14, 2015

After the attempt to strike the pedestrian was made, the vehicle crashed into a vehicle in a nearby driveway then headed on Willow Street.

Moments later, at approximately 3:40 P.M., the gold colored Chevy S-10 pick-up truck overturned in the area of Willow and Choiceana Avenue. The truck landed on it’s roof, in the northbound lane of traffic on Choiceana Avenue. Medical aid was requested, but was cancelled shortly after.

Deputies set up a lane closure from Choiceana Avenue just south of Willow Street for the investigation and cleanup.

According to a witness at the scene, the driver of the pick-up truck was arrested on suspicion of DUI.