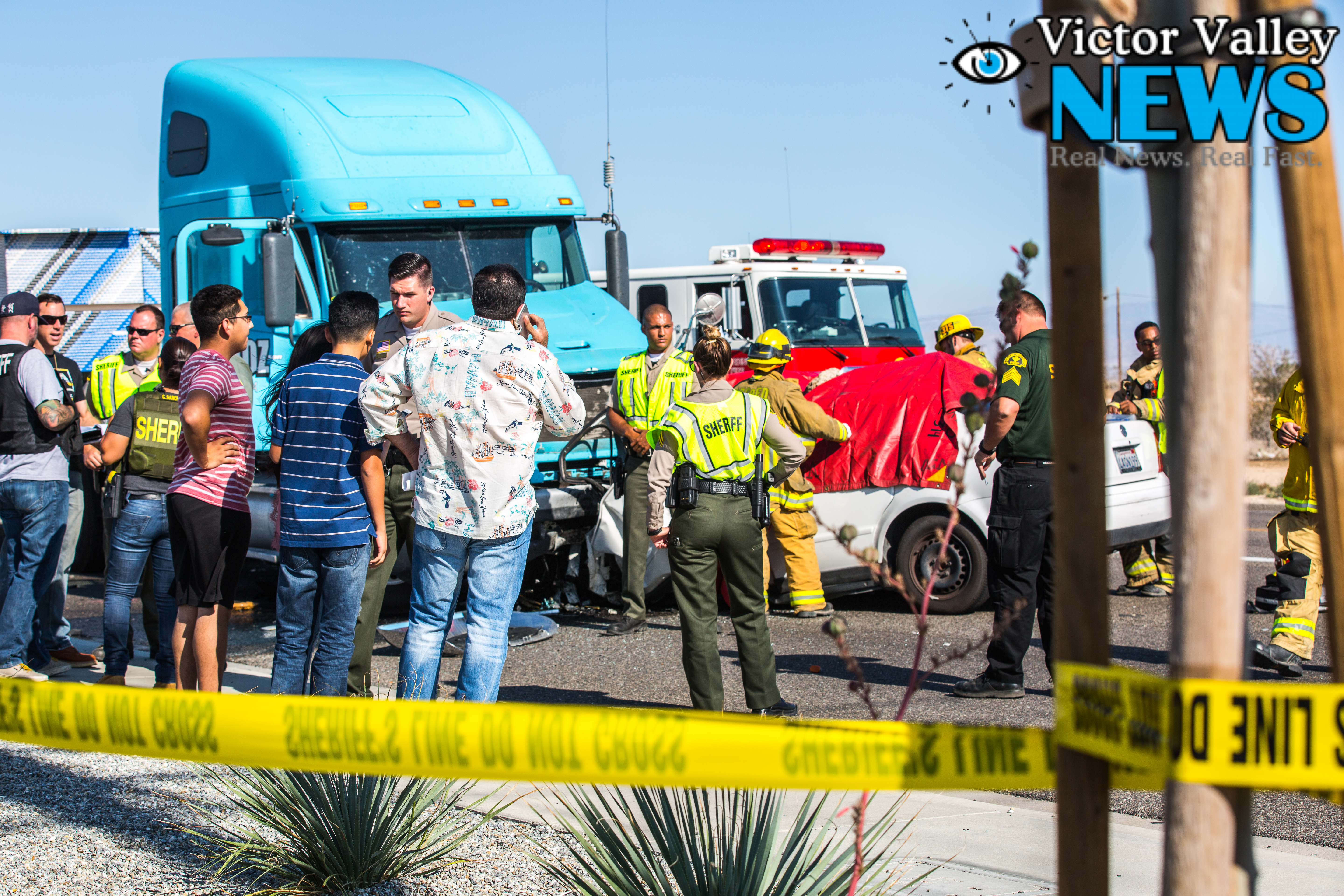 VICTORVILLE:(VVNG.com)- The driver of the car that crashed into a tractor-trailer on Palmdale Road has been identified.

Christopher Sosa, 19, of Perris, was traveling eastbound on Palmdale Road in a white Volkswagen Passat.

According to witnesses, Sosa was driving at an extremely high rate of speed and was cutting in and out of traffic, cutting off several people.

As he approached the intersection of Cobalt Rd., Sosa drove across the center divider and into oncoming traffic, it appears to pass traffic stopped for the light. As he entered the intersection, the left turn light for westbound traffic turned green and as vehicles began turning, Sosa was unable to re-enter the eastbound lanes and continued straight. Sosa drove between two westbound vehicles, striking them both, and then collided head on, at a high rate of speed, with a tractor-trailer combination being driven by Jaime Munoz of Pinon Hills.

Sosa succumbed to his injuries at the scene. The driver of the tractor-trailer was treated and released at the scene for minor injuries.

A 14-year-old Hispanic male passenger in the vehicle was airlifted to Loma Linda Medical Center, where he is currently in stable condition with serious injuries. A family friend told Victor Valley News, the teenager went into surgery for a broken leg but is expected to be ok.

According to several sources, the juvenile is reportedly the younger brother of Christopher’s girlfriend, and they were on their way to surprise her for her birthday just before the tragic accident.

The father of the juvenile arrived on scene shortly after and was visibly distraught. Deputies at the scene had to aide the worried father in calming him down. Christopher’s girlfriend also arrived at the scene and upon learning of the death of her boyfriend, she fell to her knees in anguish.