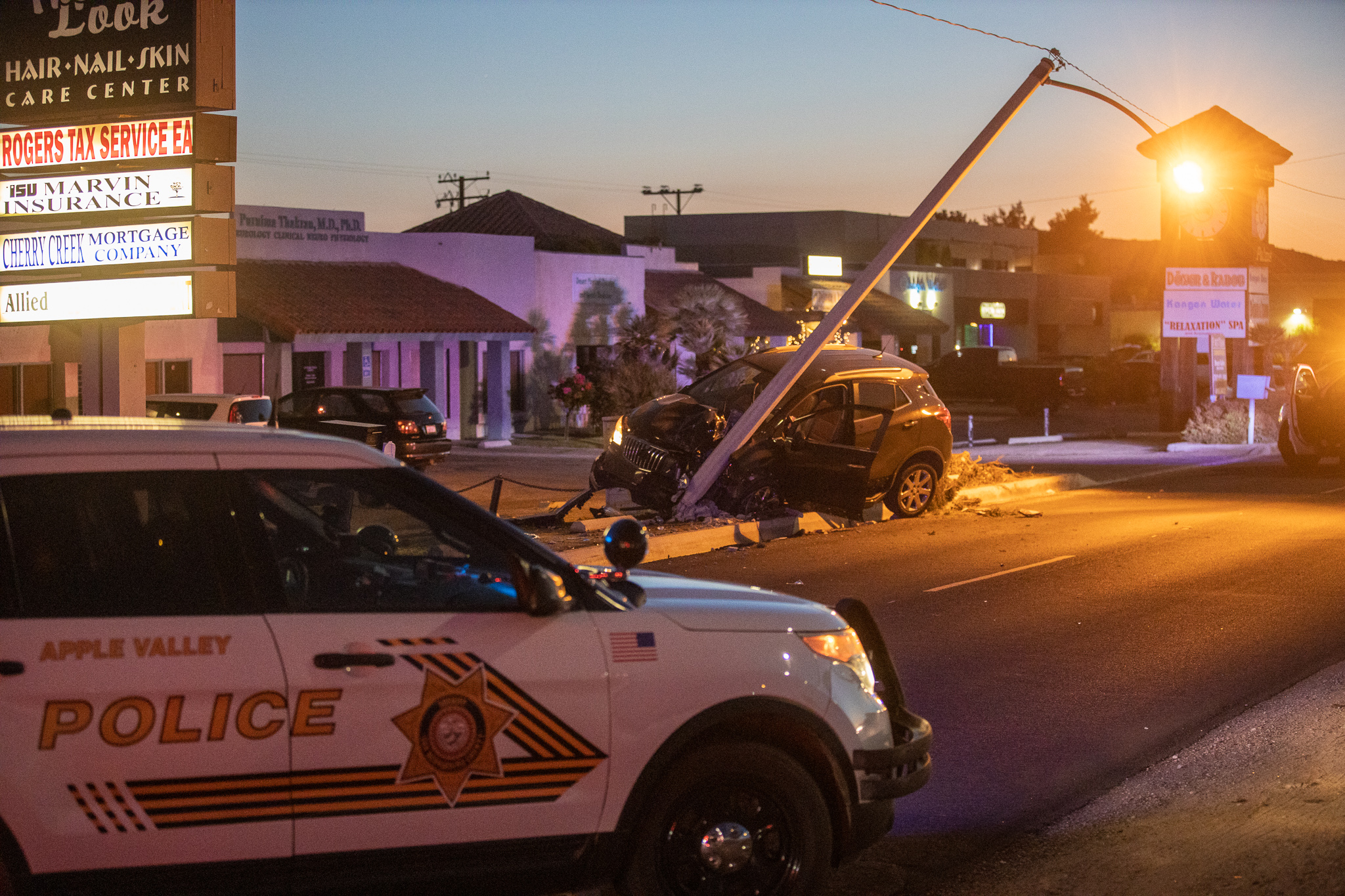 APPLE VALLEY, Calif. (VVNG.com) — A man was transported to a local hospital after crashing his SUV into a light pole Wednesday evening.

At about 7:42 pm, Firefighters from the Apple Valley Fire Protection District responded to a single-vehicle traffic accident in the 18300 block of outer Highway 18.

The driver was initially reported as being trapped inside the vehicle.

Upon arrival, firefighters located a 2013 Buick Encore lodged over some bushes with a light pole leaning over. Extrication was not required.

The male driver was checked out and interviewed by sheriff’s deputies before being transported by AMR ambulance to St. Mary’s Medical Center, across the street.

For reasons still under investigation, the Buick SUV was traveling eastbound on Highway 18 approaching Corwin Road when the vehicle left the roadway and crashed into the pole.

The driver’s wife arrived at the scene and told Victor Valley News she believes her husband suffered a seizure causing him to crash.