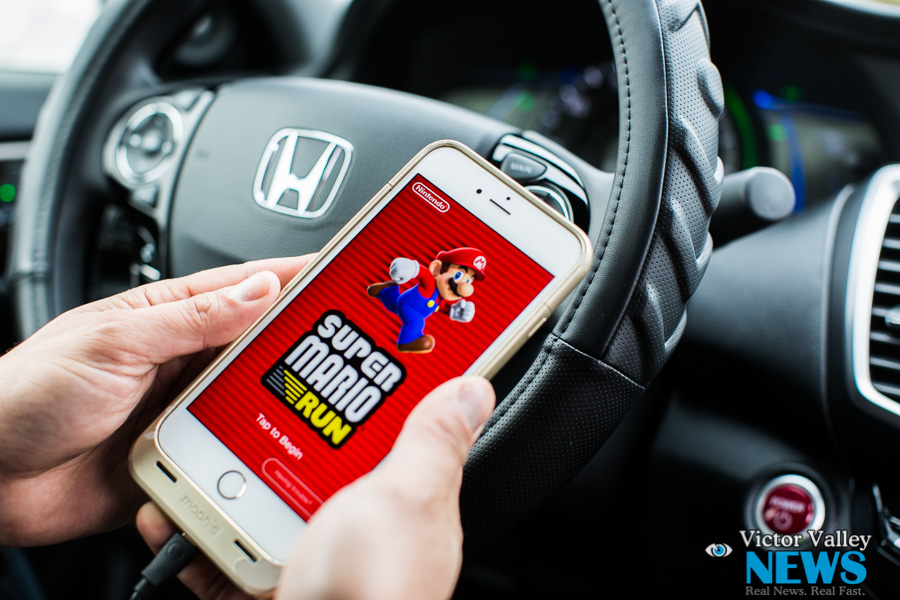 VICTORVILLE, Calif. (VVNG.com) — A driver who looked down at his cell phone was critically injured in a Tuesday morning rollover crash, officials said.

It happened at about 7:21 AM on July 21, 2020, in the area of Air Expressway and Adelanto Road in Victorville.

“He looked down at his cell phone and inadvertently steered into oncoming traffic lanes,” stated Rodriguez. “When he attempted to steer back into his lane, he overcorrected and drove onto the dirt shoulder of the northside of the road and lost control of the pickup.”

Rodriguez said the pickup overturned and the man sustained major injuries to his head during the crash.

Firefighters requested a helicopter and the male was airlifted to a nearby trauma center for treatment. An update on his condition was not available.

“Distracted driving is dangerous, claiming 2,841 lives in 2018 alone. Among those killed: 1,730 drivers, 605 passengers, 400 pedestrians and 77 bicyclists. NHTSA leads the national effort to save lives by preventing this dangerous behavior.”

Pursuit suspect taken into custody after brief stand-off in Victorville