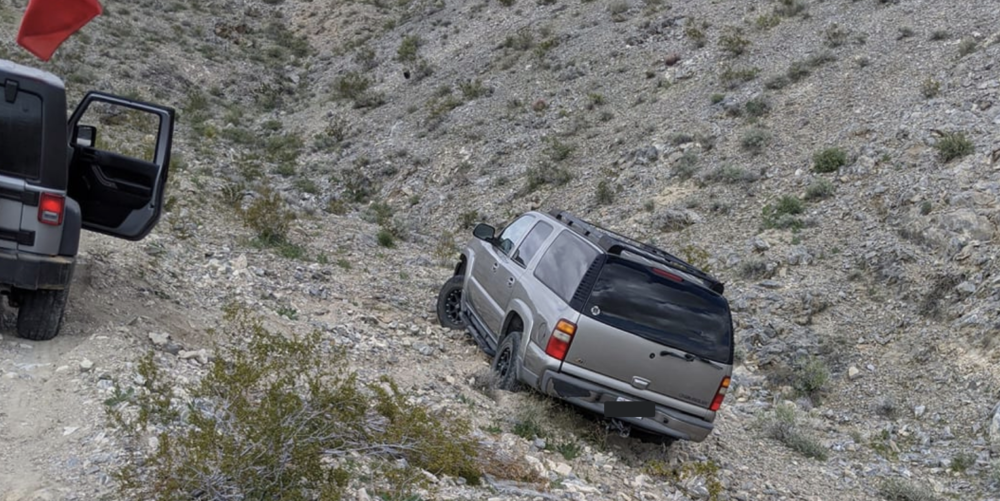 ADELANTO, Calif. (VVNG.com) — No foul play is suspected after a man was found dead inside his SUV that was stuck in the desert, officials said.

On March 21, 2020, at about 3:00 pm, deputies from the Victor Valley Sheriff’s Station were dispatched to the call Desert Flower Road and El Privelegio Street near Adelanto.

Paul Bertsche and a friend were offroading out near El Mirage when the they came across a gray-colored 2002 Chevrolet Suburban. “We stopped to offer assistance because we noticed the truck had slid off the trail and was stuck,” stated Paul in a VVNG Facebook post.

Paul said the driver was deceased and it seemed like he had been stuck there for about a week. “It was an older gentleman, who most likely passed from hypothermia the first night,” he stated.

Deputies responded to the area and conducted a death investigation. Sheriff’s Spokeswoman Cindy Bachman said this did not appear to be a suspicious death and the coroner responded to take care of the deceased.

The identity of the deceased male will be released by the San Bernardino County Coroner.

No further information was available.