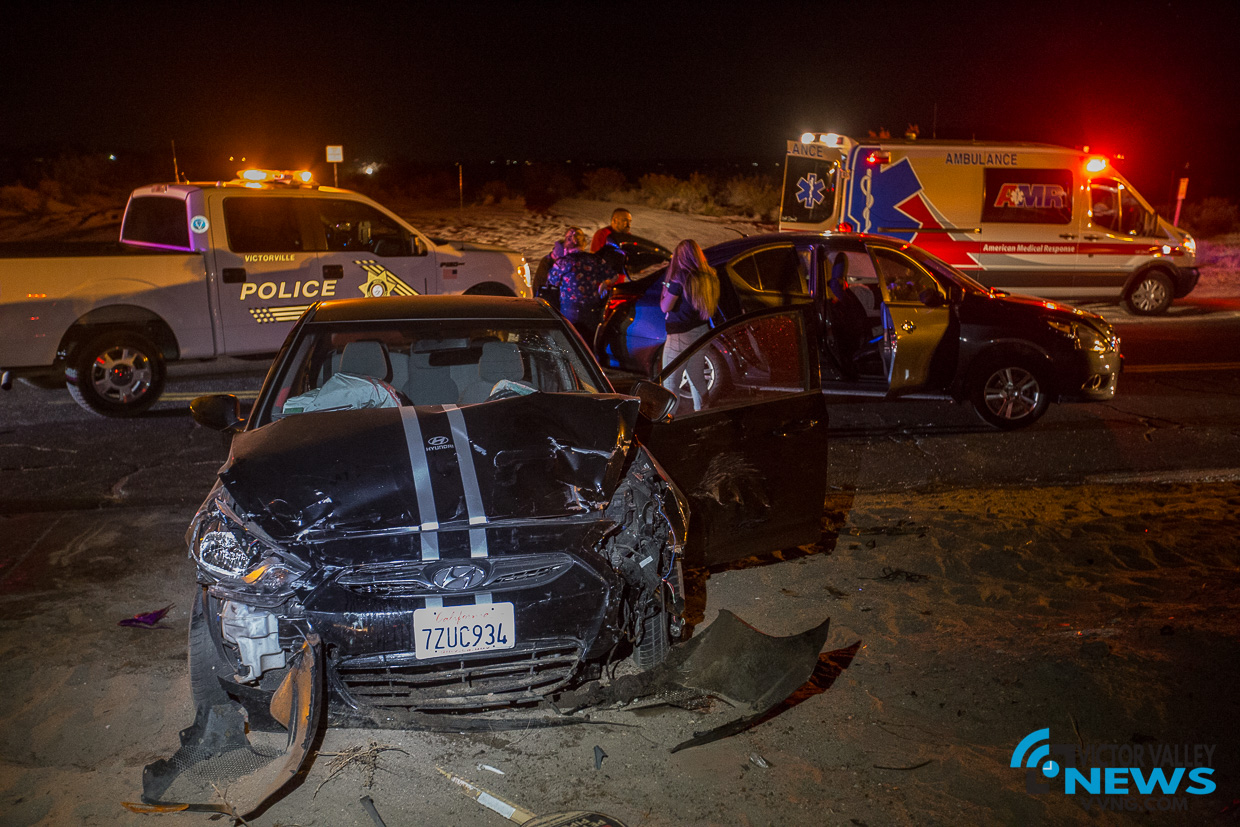 VICTORVILLE, Calif. (VVNG.com) — Victorville Police were searching for a man who fled the scene of a two-vehicle crash Sunday night, leaving behind his injured passenger.

The crash happened at about 9:30 p.m. at the intersection of Monte Vista and Bear Valley Roads and involved a 2012 Hyundai Accent and a 2015 Nissan Versa.

Before officials arrived on the scene, the driver of the Hyundai fled into the desert field, leaving behind an injured female passenger. She was transported by AMR to a nearby hospital.

A male occupant from inside the Nissan also sustained injuries and was also taken by ambulance to a local hospital.

According to a witness, the driver of the Nissan was traveling southbound on Monte Vista Road when the crash occurred. “I’m not sure if she even stopped, I don’t think the stop sign was even up,” stated a witness. “She had entered the intersection and realized the pavement ended and just stopped in the middle of the road, then the other car just t-boned her.”

According to the witness, the driver of the Hyundai was traveling westbound on Bear Valley Road when he struck the driver side of the Nissan. “I don’t know why he left, he didn’t even have a stop sign and wouldn’t have been at fault,” the witness stated.

Sheriff’s helicopter 40-king responded to the scene and assisted ground deputies as they searched a large desert field for the suspect.

This is a developing story, and more information will be updated as it becomes available. 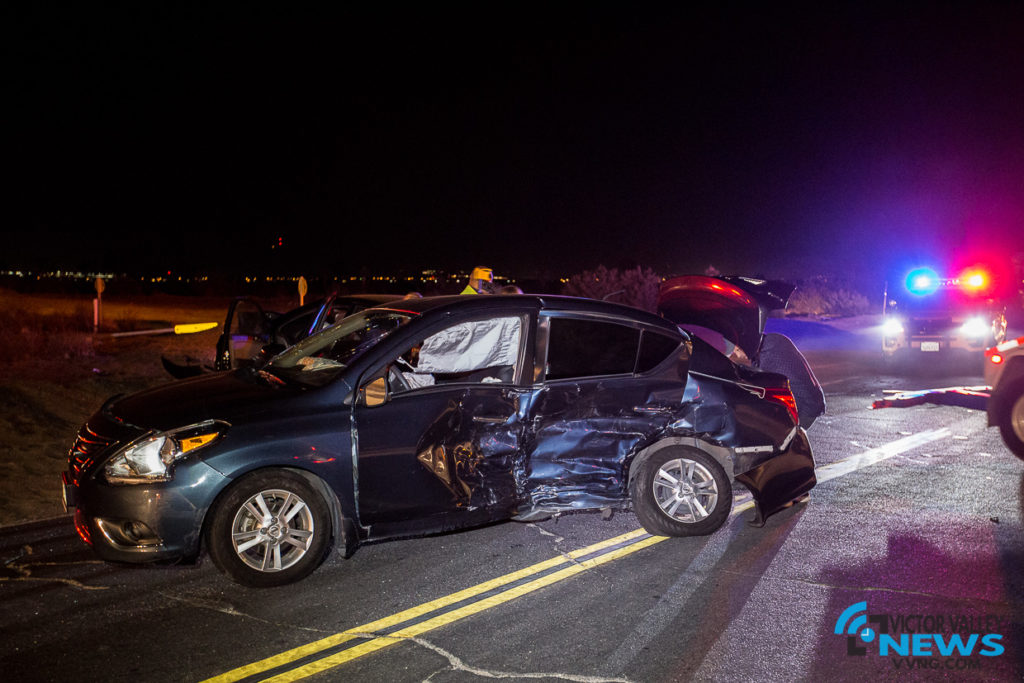