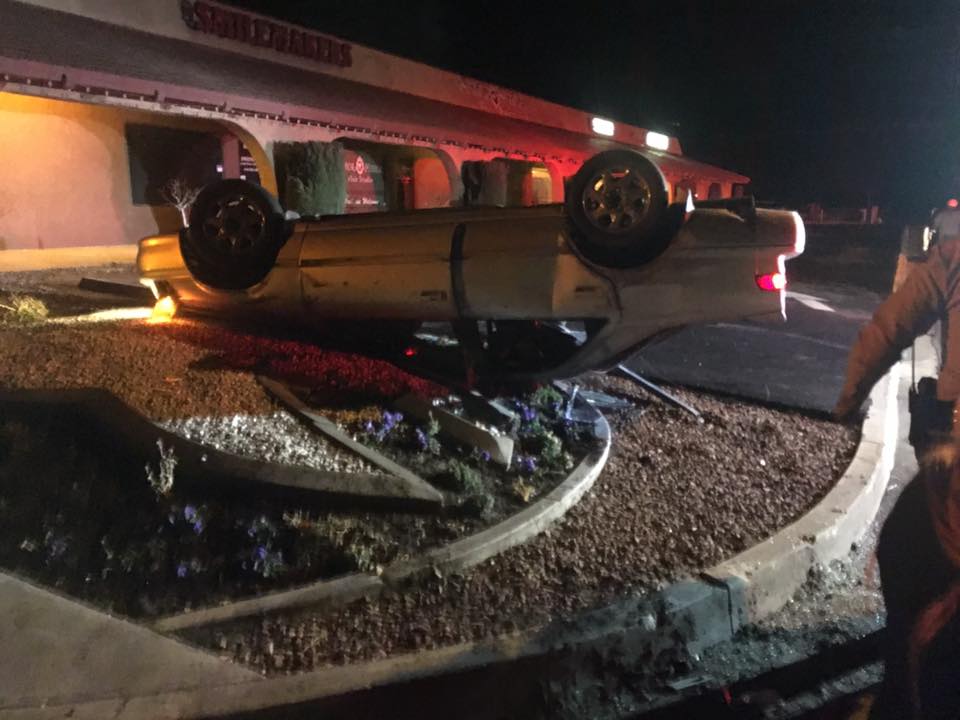 APPLE VALLEY-(VVNG.com): Just after 2:30 a.m. on Sunday morning deputies from the Apple Valley station responded to the report of an overturned vehicle on south Hwy 18 just east of Tao Road.

Upon arrival they found a silver Toyota Camry overturned in front of the Smilemakers dental office. It is unclear what caused the Toyota sedan to go off the roadway and overturn, but witnesses said that the man appeared to be intoxicated.

No occupants were inside the vehicle when deputies arrived, but a witness told authorities that a Hispanic male with dark clothing fled on foot. He was described as about 5’11 to 6’1 and heavy-set. Deputies set up a perimeter attempting to locate the driver and hospitals were notified to notify them if he arrived there. No arrests were made as of 3:30 a.m. Information will be updated as it is received.