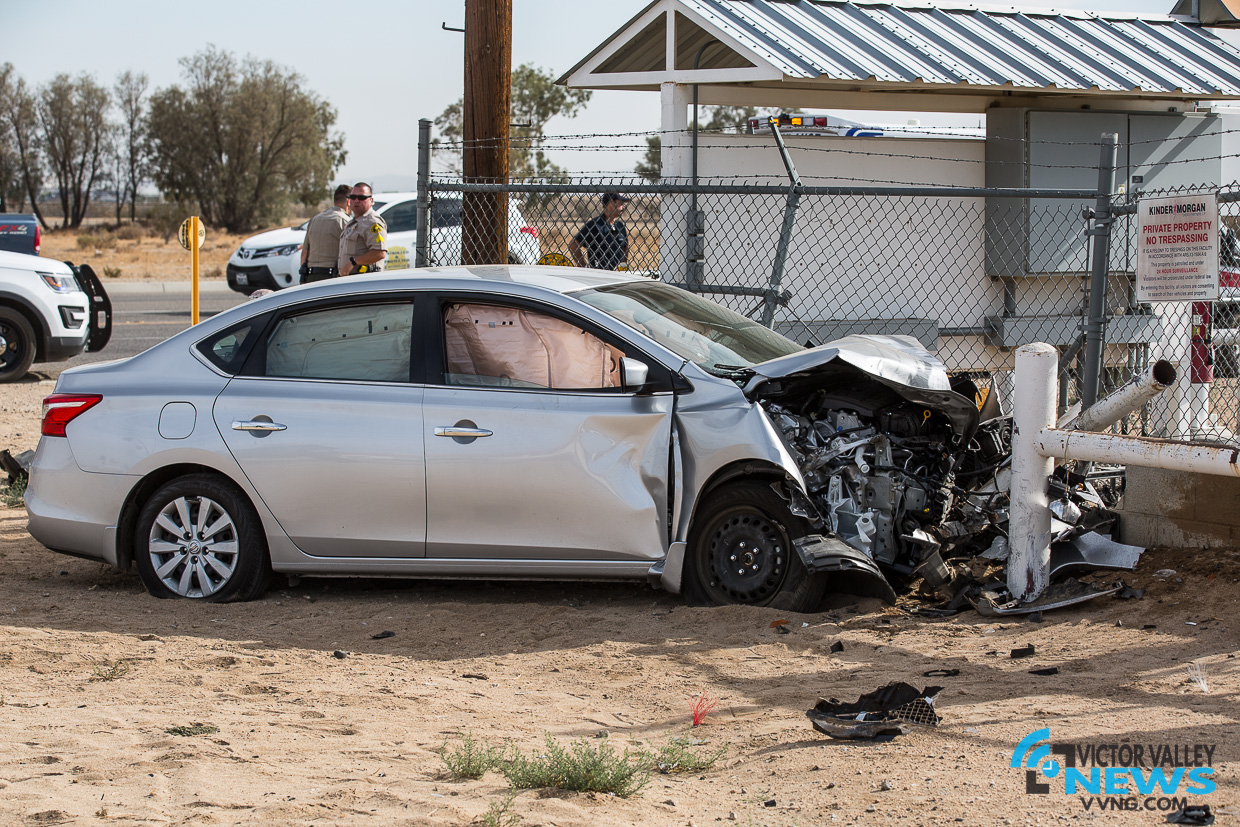 ADELANTO, Calif. (VVNG.com) — A man was airlifted to a trauma center after he lost control of his vehicle and slammed into a steel barricade here Tuesday.

At about 8:41 am, firefighters with San Bernardino County Fire were dispatched to a traffic collision with extrication at the intersection of Air Expressway and Adelanto Road.

Based on preliminary reports, the vehicle, a silver Nissan sedan was traveling eastbound on Air Expressway at an unknown speed when for reasons still unknown, the driver lost control of the vehicle causing it to jump the curb and slam into metal poles serving as a barricade around the exterior of a Kinder Morgan Handling Facility.

The solid steel barricades stopped the vehicle and prevented it from entering the facility which contains hazardous materials, according to a posted sign along the chain link fence.

Upon arrival, firefighters located the sedan with major front-end damage and the driver trapped inside the vehicle requiring extrication. According to fire radio traffic, the occupant was unconscious but breathing.

Following a brief extrication, county firefighters requested helicopter H325 to airlift the occupant to Loma Linda University Medical Center.  The patient was transported by American Medical Response (AMR) ambulance to the medical helicopter at a nearby fire station.

The official cause of the accident remains under investigation by the Victor Valley Sheriff’s Station.

Did you feel the earthquakes that hit near La Verne?