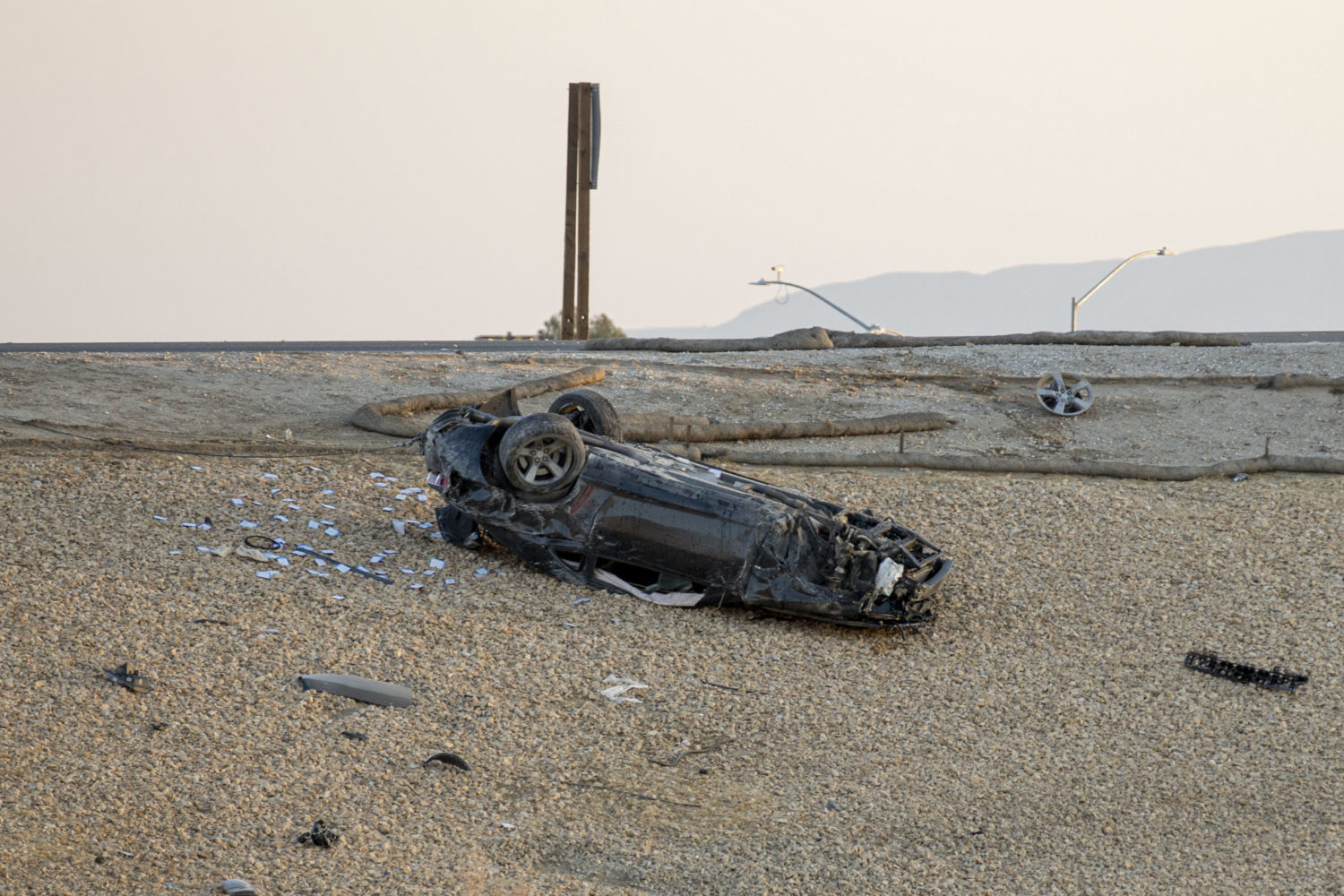 VICTORVILLE, Calif. (VVNG.com) — A driver was ejected and killed in a rollover crash on Amargosa Road in Victorville.

The single-vehicle crash was reported at about 3:30 AM on September 4, 2020, across from the Home 2 Suites by Hilton, near the I-15 freeway.

Based on preliminary information, the black Chevy Camaro was traveling northbound on Amargosa Road when it left the roadway and rolled several times across a dirt embankment causing the driver to be ejected.

Emergency personnel responded and located the male driver in the westbound lanes of Nisqualli Road and pronounced him deceased at the scene. His identity is being withheld pending next of kin notification.

The incident prompted a hard-closure of the La Mesa/Nisqualli off-ramp along the northbound I-15 freeway as well as traffic across the bridge. As of 8:00 AM Friday morning, the roadways remained closed as deputies remained at the scene and waited for the coroners to arrive.

Man critically injured after jumping from moving SUV in Victorville