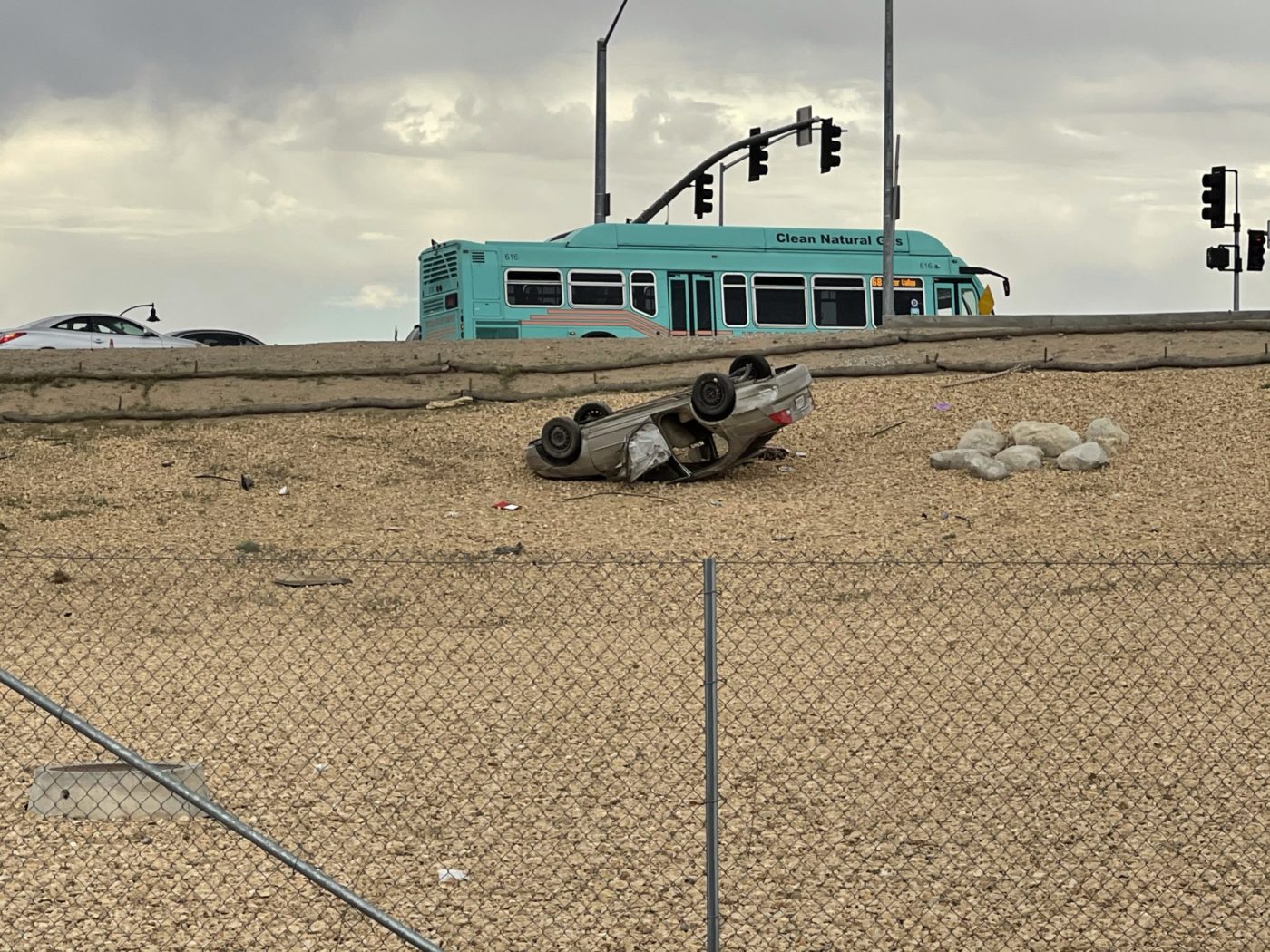 VICTORVILLE, Calif. (VVNG.com) — A driver ejected from a vehicle during a rollover crash in Victorville was airlifted to a trauma center Thursday.

It happened at 2:23 PM., on April 1, 2021, near the intersection of Amargosa and La Mesa Roads, and involved an older-model Honda Civic.

The vehicle was traveling north on Amargosa when for reasons still unknown, the Honda left the roadway, rolled down a slope bordering the I-15 freeway, and came to a stop on its roof. Witnesses said the driver was thrown from the vehicle as it overturned.

The patients injuries prompted Victorville City Firefighters to request a helicopter and airlift the person. Reach 13 accepted the flight and landed at Desert Valley Hospital and subsequently flew the patient to an out of area trauma center.

The official cause of the crash remains under investigation and anyone with information is asked to call the Victorville Police Department at 760-241-2911.