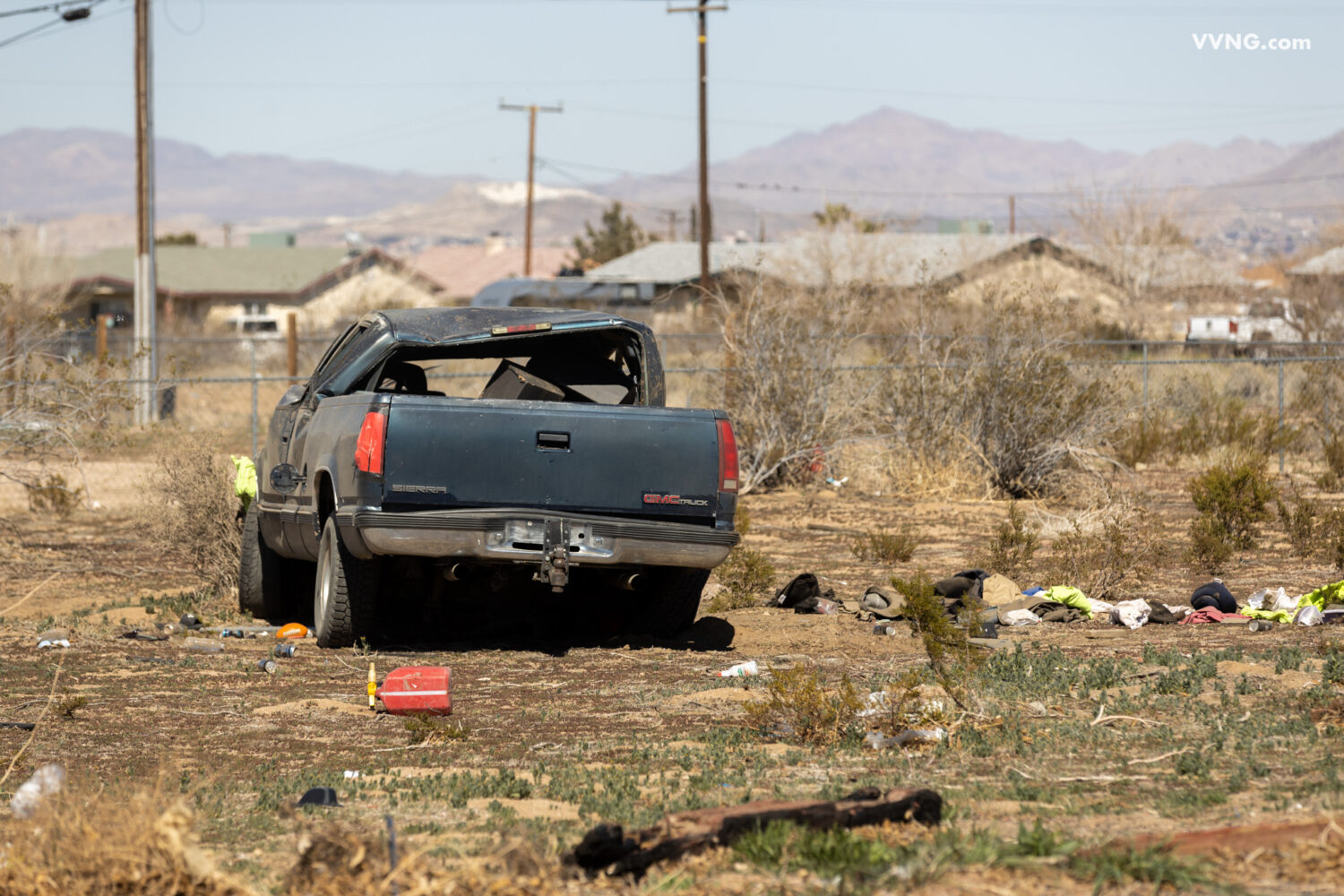 HESPERIA, Calif. (VVNG.com) — A 44-year-old man was killed after he was ejected from his pickup truck during a rollover crash in Hesperia.

On Saturday, March 12, 2022, at about 1:01 p.m., deputies from the Hesperia Station and emergency personnel from the San Bernardino County Fire Department responded to a traffic collision involving a 1994 GMC Sierra near Mariposa Road and Short Street.

Through preliminary investigation, it is believed the GMC traveled south on Mariposa Road, left the east roadway edge, and rolled over in a field where the driver was ejected.

Firefighters confirmed the driver was underneath the pickup truck and pronounced him deceased at the scene. His name is being withheld pending the notification of next of kin.

Sheriff’s officials said, “it is still under investigation whether or not drugs and/or alcohol were a factor in this crash.”

Additionally, authorities are currently looking into what time the accident actually occurred. A couple of commenters on a VVNG live video reported seeing the wrecked vehicle early in the morning around 8:00 am while other reports indicate it might have happened just before midnight.

Anyone who may have witnessed the collision is urged to contact Deputy D. Holland at the Hesperia Station at 760-947-1500.