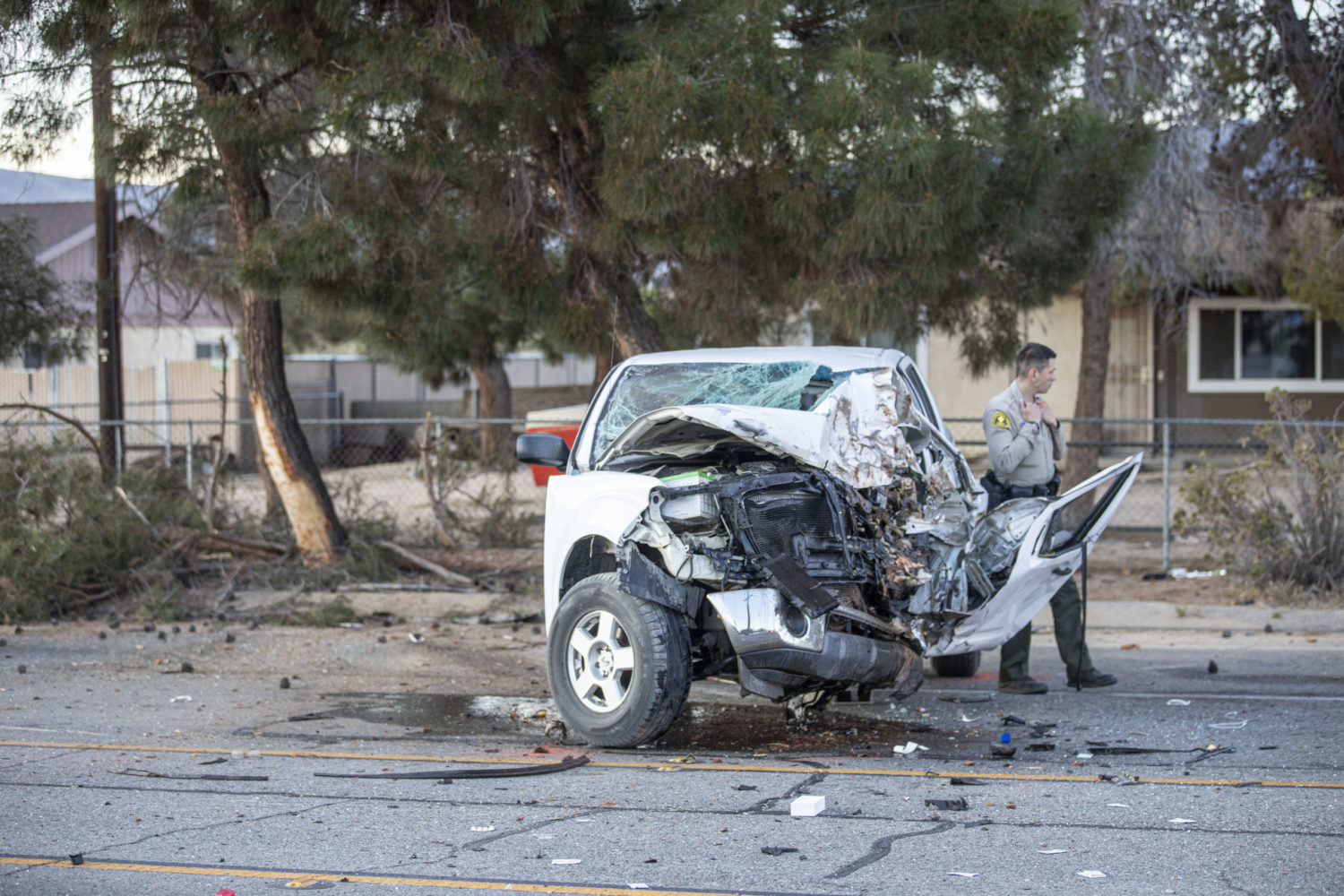 HESPERIA, Calif. (VVNG.com) — A driver was ejected from a pickup truck and seriously injured after crashing into a tree Sunday morning in Hesperia.

San Bernardino County Fire responded and located a white Nissan Frontier with major front-end damage blocking the roadway. Firefighters reported the driver of the truck was ejected after colliding with a tree.

The critically injured driver was transported by ground ambulance to Mercy Air helipad at the Hesperia airport and subsequently airlifted to a trauma center.

Rock Springs Road was briefly shut down in both directions as deputies investigated and the scene was cleared up.

The cause of the accident is under investigation and anyone with information about this incident is asked to call the Hesperia Police Department at 760-947-1500.