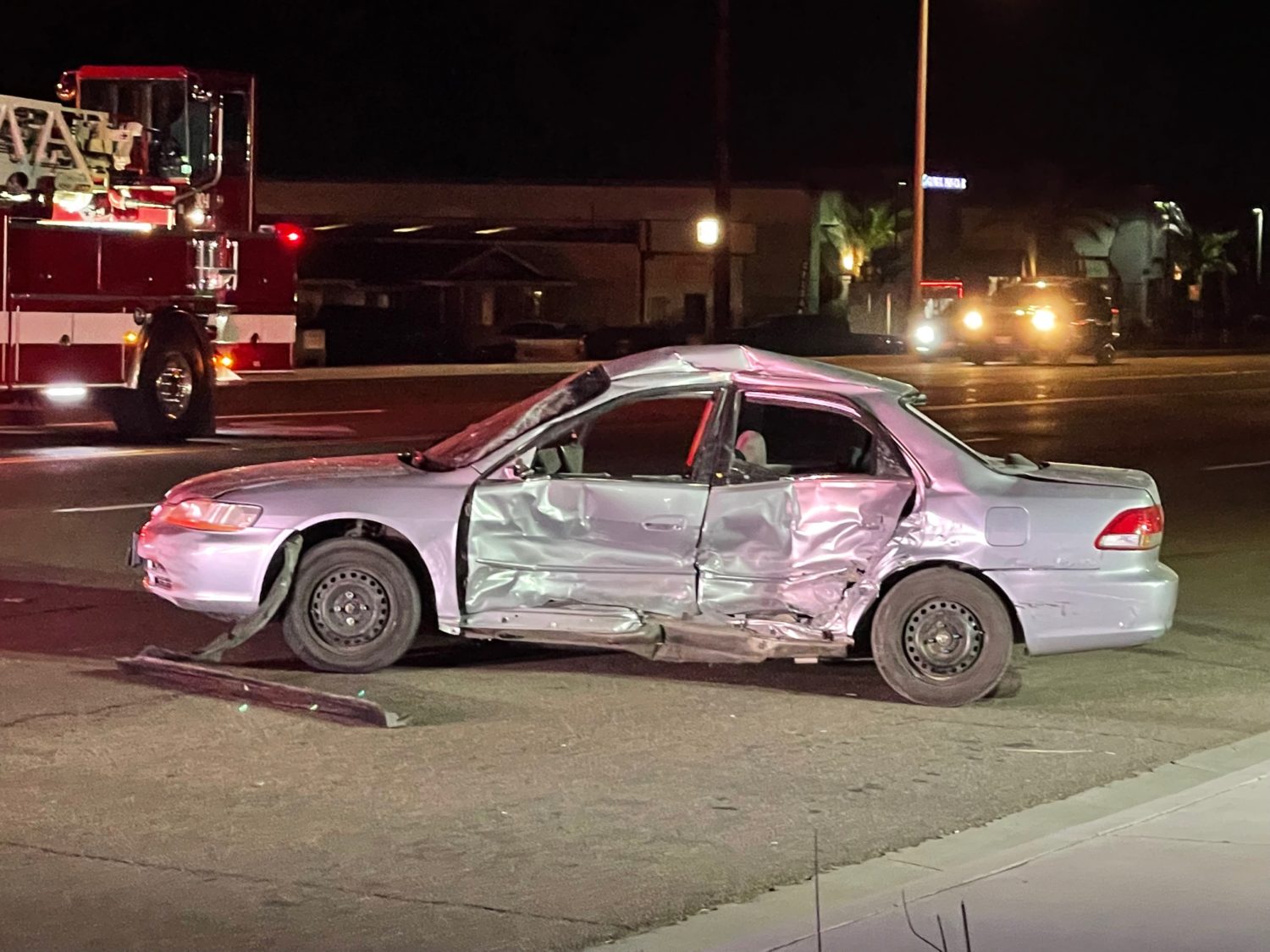 HESPERIA, Calif. (VVNG.com) — A driver was critically injured in a Saturday night crash on Bear Valley Road in Hesperia.

The two-vehicle traffic collision involving a white Dodge Ram pickup truck and a silver four-door Honda Accord happened at 8:01 pm, on October 9, 2021.

Based on preliminary information, the Ram was traveling east on Bear Valley when it collided with the driver side of the sedan as it attempted to crossover from Cypress Avenue. One witness said the Ram never had any time to stop.

San Bernardino County Firefighters responded to the incident and requested a helicopter to airlift the patient. However, the helicopter had an extended response time that prompted paramedics to transport the patient via ground ambulance to Arrowhead Regional Medical Center.

Eastbound traffic on Bear Valley Road was temporarily detoured around the crash as deputies photographed the scene and the vehicles were towed away.

The Hesperia Sheriff’s Department in Hesperia is investigating and anyone with information is asked to call 760-947-1500.