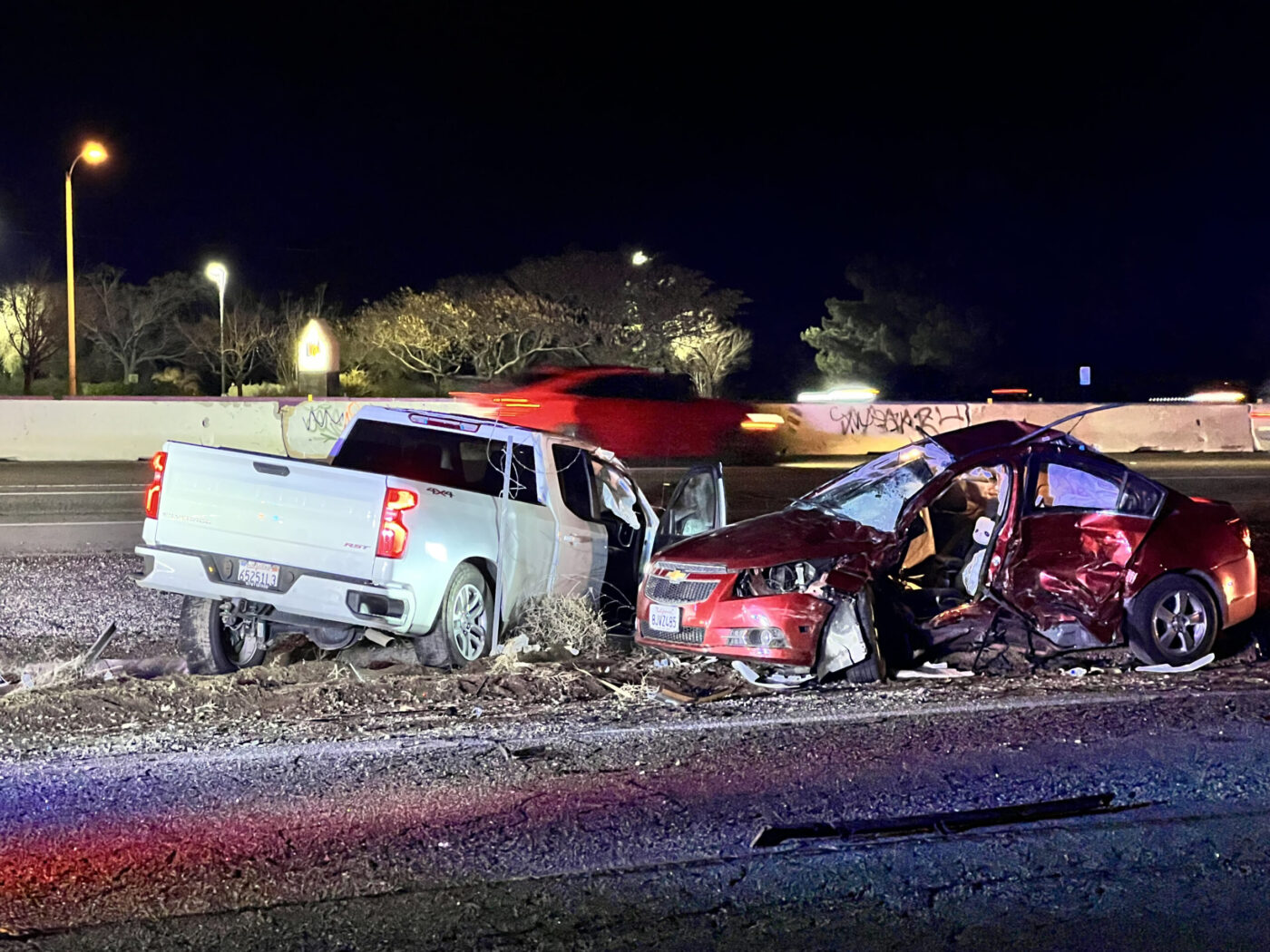 HESPERIA, Calif. (VVNG.com) – The driver of a red sedan was critically injured following a crash on Mariposa Road Thursday night.

Emergency workers were dispatched to the area of Mariposa Road and Live Oak Street at 6:35 p.m., on January 12, 2023, in the city of Hesperia.

The crash occurred on Mariposa Road, however, the impact forced both vehicles through the perimeter fencing of the northbound 15 freeway and into a ditch.

The San Bernardino County Firefighters had to use special equipment to extricate the trapped driver of the red sedan.

Once firefighters were able to get the male driver freed from the wreckage, he was rushed by ambulance to Poplar Street and Bishop Avenue near Highway 395, where a helicopter further airlifted the man to a trauma center.

The driver of the white truck was in stable condition, however, the extent of his injuries were unknown.

Mariposa Road was shut down in both directions for an investigation.

The cause of the collision is under investigation by the Hesperia Police Department.

Related Topics:CrashHesperiamariposa road accident
Up Next