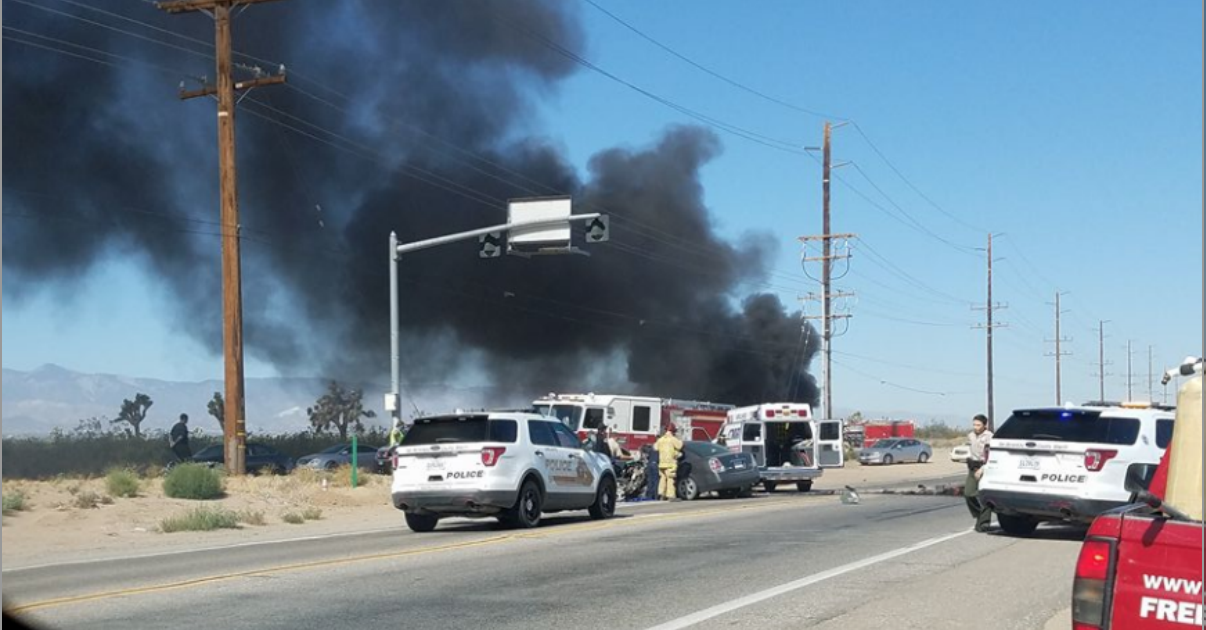 ADELANTO, Calif. (VVNG.com) a fiery crash involving a semi and a sedan has prompted authorities to shut down a stretch of Palmdale Road Thursday morning.

At about 9:10 a.m. dispatch received reports of a tractor-trailer that caught fire following a crash with a Nissan Altima on Palmdale Road just west of Bellflower Street.

Thick black smoke could be seen billowing into the sky from various parts of the Victor Valley. When first responders arrived the cab of the tractor-trailer was fully engulfed and the driver of the Nissan was trapped.

Witnesses told Victor Valley News, San Bernardino County Firefighters had to use the jaws of life to extricate the driver of the sedan. The unidentified man as airlifted to Arrowhead Regional Medical Center with life threatening injuries.

The driver of the semi was also transported to a local hospital with unknown injuries.

Palmdale Road west of Highway 395 is expected to remain closed for an unknown duration. Motorist are advised to use alternate routes.

The cause of the crash is currently under investigation by the Victor Valley Sheriff’s Station. 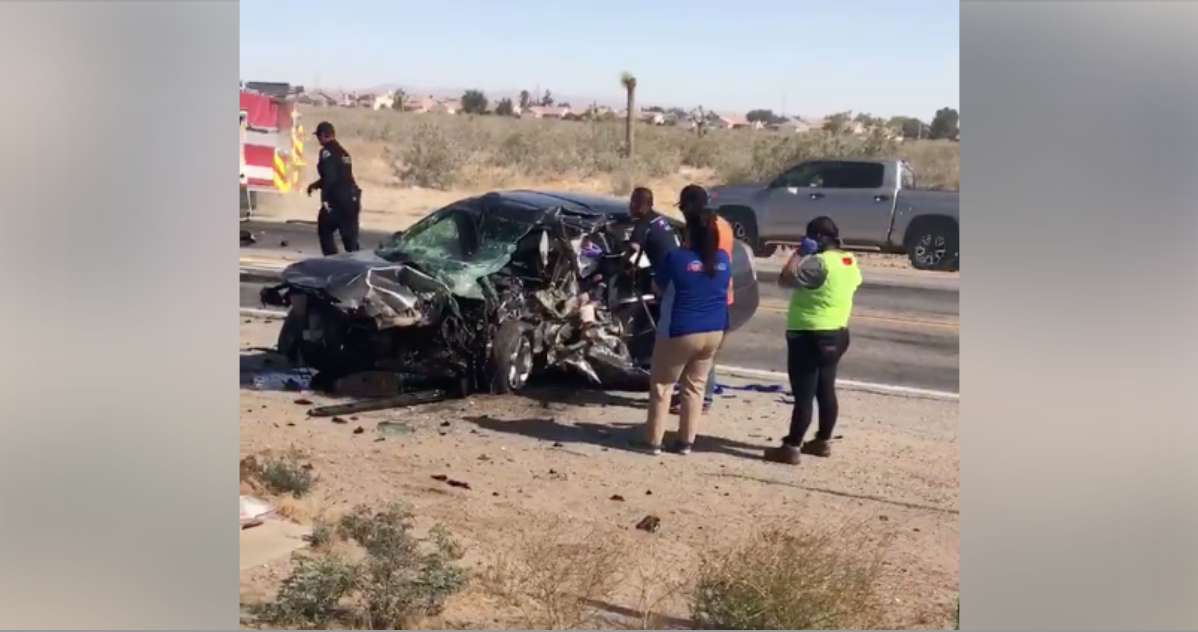