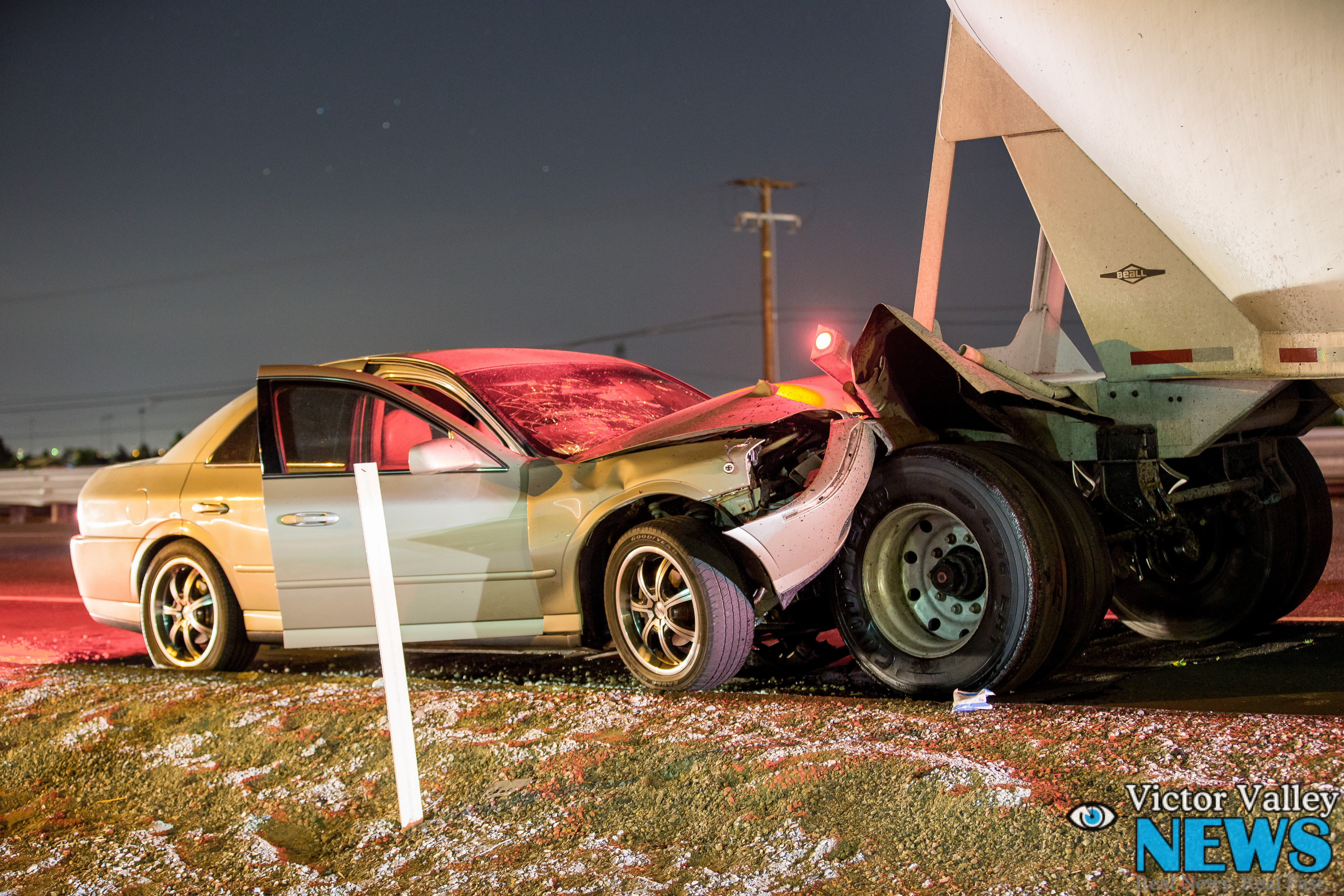 VICTORVILLE:(VVNG.com)- On Tuesday night the California Highway Patrol responded to a call reporting a vehicle versus a semi on the southbound 15 freeway.

Upon arrival, they located a 2005 Lincoln LS lodged under the right rear bumper of a 2015 freight liner tractor-trailer belonging to Apex.

According to officer Matt Hunt with the California Highway Patrol, the driver of the vehicle, a 36-year-old male from Susanville, CA sustained a fractured wrist during the crash. The driver of the semi was not injured in the crash.

The driver of the vehicle was administered a sobriety test, moments later he was handcuffed and taken into custody for driving under the influence. “The cause of the collision is driving while under the influence of alcohol,” stated Hunt.