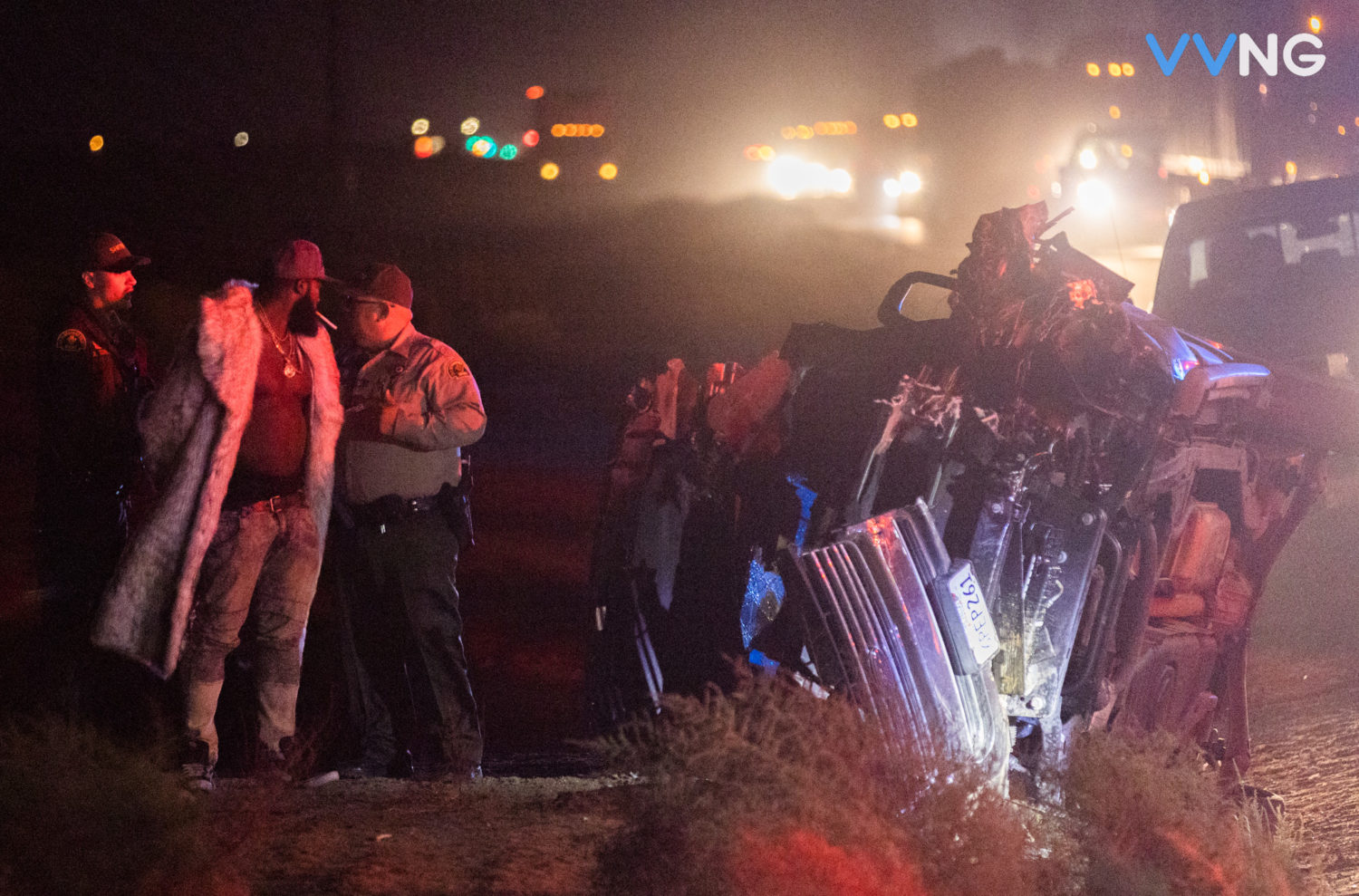 VICTORVILLE, Calif. (VVNG.com) — Authorities arrested a driver for DUI after a Friday morning crash in the unincorporated area of Victorville.

It happened at about 5:30 am, on October 8th along Palmdale Road near White Avenue, and involved a dark-colored 2010 Ford Explorer and a white 2015 Chevrolet Silverado hauling a utility trailer.

Based on preliminary information, the driver of the Ford was traveling eastbound and attempted to pass another vehicle when it collided with the truck/trailer going in the opposite direction.

The driver of the Silverado saw the vehicle coming towards him and swerved to the shoulder in an attempt to avoid a head-on collision. He was not injured.

The Explorer overturned and left the roadway leaving the driver briefly trapped. He was rescued through the sunroof of the mangled SUV and evaluated by medical personnel before eventually being handcuffed at the scene.

Palmdale Road was closed in both directions between Mountain Vista and Caughling Road during the investigation and cleanup.

The crash is under investigation and the name of the driver arrested for DUI was not available for release at the time of this report. Additional information will be updated as it becomes available.

Related Topics:AdelantoCrashtraffic accident
Up Next

Man shot during a house party in Apple Valley