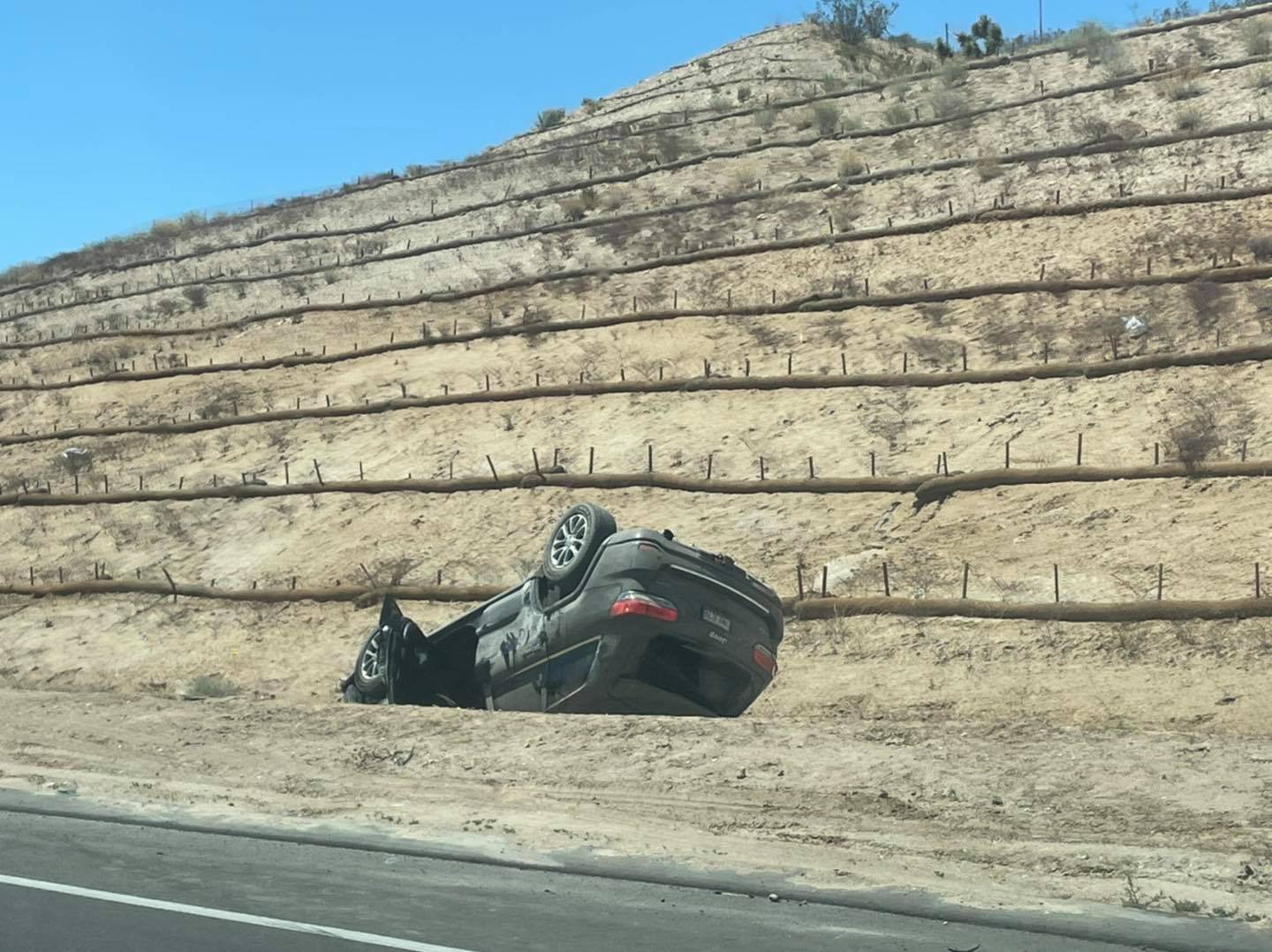 VICTORVILLE, Calif. (VVNG.com) — A Friday afternoon crash on the SB I-15 D Street on-ramp in Victorville resulted in a DUI arrest.

At about 12:29 pm, on April 23, the California Highway Patrol was dispatched to an overturned 2015 Jeep Grand Cherokee along the right-hand shoulder.

According to CHP incident logs, the vehicle was traveling at a high speed on the on-ramp, the driver passed on the shoulder and flipped his vehicle.

A CHP officer made contact with the driver identified as Duniesky Garcia Rodriguez, 40, a resident of Hesperia.

Rodriguez was subsequently placed under arrest for DUI and felony resisting arrest. He was transported to a local hospital before he was cleared and booked into the High Desert Detention Center. He is currently being held on a $75,000 bail and is scheduled for arraignment on April 27, 2021.

Related Topics:15 freewayCHPvictorville
Up Next

8 injured, including children in multi-vehicle crash in Victorville