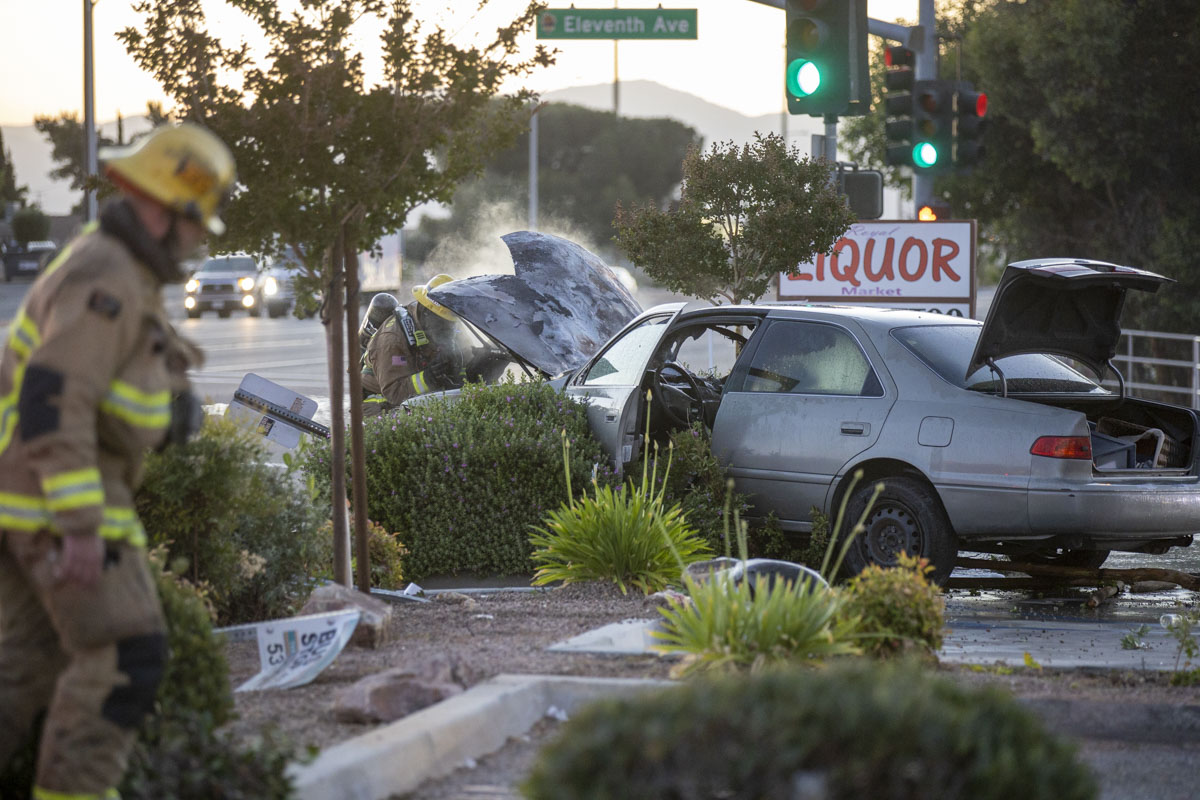 HESPERIA, Calif. (VVNG.com) — A 40-year-old man involved in an early-morning crash with fire on Bear Valley Road was arrested for DUI, officials said.

It happened about 5:09 AM on Sunday, June 7th near the intersection of Bear Valley Road and Eleventh Avenue in Hesperia.

When deputies and first responders arrived they found a single vehicle off the roadway and stuck in some bushes.

Sheriff’s Spokeswoman Jodi Miller said a fire started underneath the vehicle and the fire department responded and extinguished the fire.

The only occupant of the vehicle was the driver, Clifton Lashon Johnson, a transient, and he was able to exit the vehicle, Miller said.

A witness at the scene told a VVNG photographer the vehicle was heading westbound on Bear Valley Road when it made a sudden hard left turn, jumped over the curb, and drove through a portion of the parking lot before stopping in the landscaping of the shopping center. The witness who did not want to be identified said it seemed the driver was trying to do donuts.

Miller said the driver was not injured but he was found to be driving under the influence. He was booked into the High Desert Detention Center for Driving While Under the Influence.

According to jail records Johnson is being held without bail due to violating his post-release community supervision and is scheduled for arraignment in a Victorville courtroom on June 9, 2020.