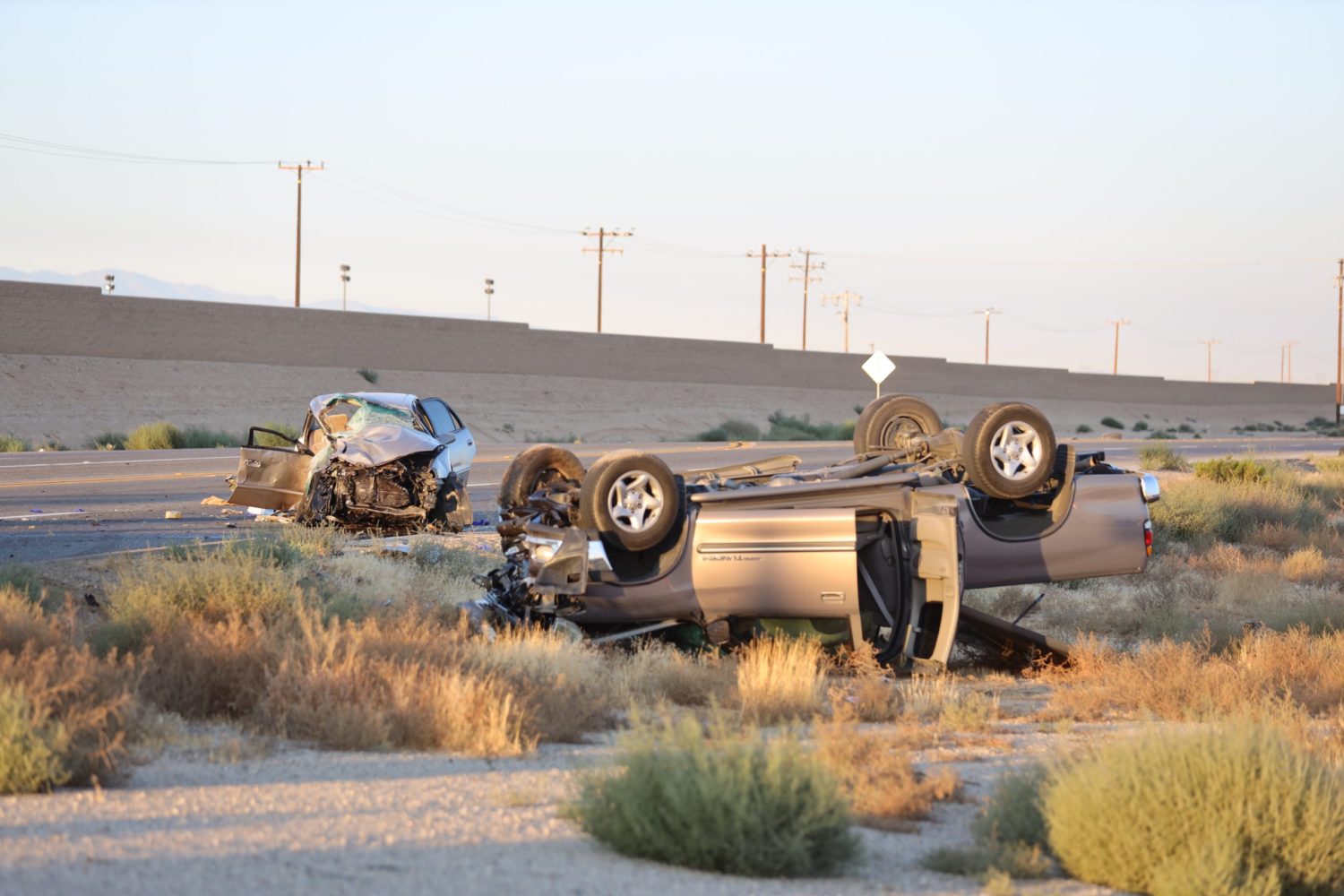 The male driver of the sedan required extrication and was flown to a trauma center. (Photo by Hugo C. Valdez, VVNG.com)

VICTORVILLE, Calif. (VVNG.com) — A driver with critical injuries was airlifted from an early morning crash Tuesday in Victorville.

It happened at about 7:00 AM on October 20th at the intersection of Air Expressway and Nevada Avenue.

Deputies from the Victorville Police Department responded and located a small sedan with major front end damage in the roadway and an overturned pickup truck off the roadway.

The sedan was facing the wrong way in the westbound lanes of Air Expressway and the male driver was trapped.

Victorville City Firefighters used extrication tools to remove the male from the four-door sedan. Due to his critical injuries, firefighters requested a helicopter to airlift the male to a trauma center.

The male driver of the Toyota pick-up truck was transported by ground ambulance to a local hospital. Both men were reported to be alert at the time of transport.

Air Expressway was closed in both directions for approximately 1-hour prompting motorists to be detoured around the crash.

The cause of the accident is currently under investigation.