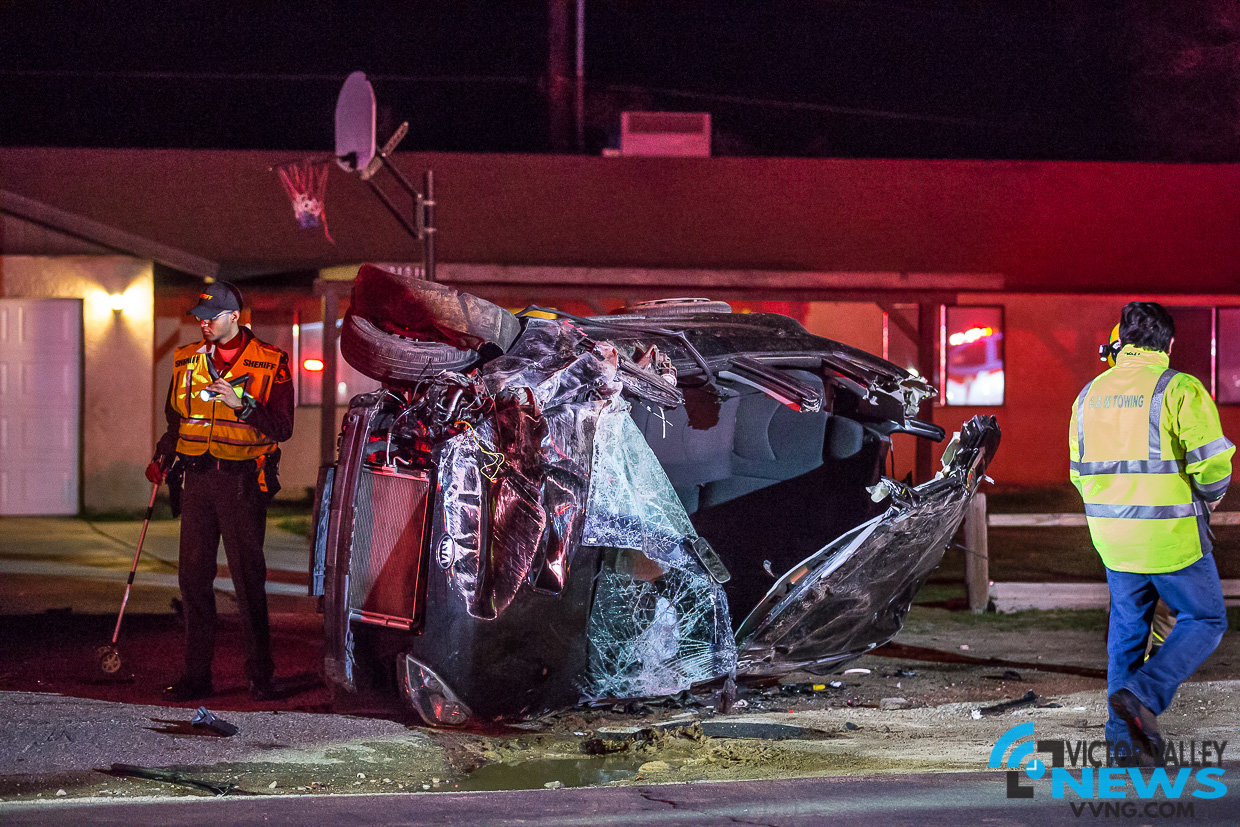 APPLE VALLEY, Calif. (VVNG.com)- A male driver had to be airlifted following a rollover crash with extrication Sunday night.

At about midnight, the Apple Valley Fire Protection District responded to the 21000 block of Sitting Bull Road reference a single vehicle rollover.

Upon arrival, they located one male victim trapped inside a black vehicle who required an extended extrication.

The extrication was complicated by the vehicle being on its side. Firefighters had to secure the vehicle with struts due to the position of the vehicle.

Fire crews extricated the driver from the vehicle and he was then airlifted to Antelope Valley Hospital. The extent of his injuries was not available.

The cause of the collision remains under investigation by the Apple Valley Sheriff’s station.