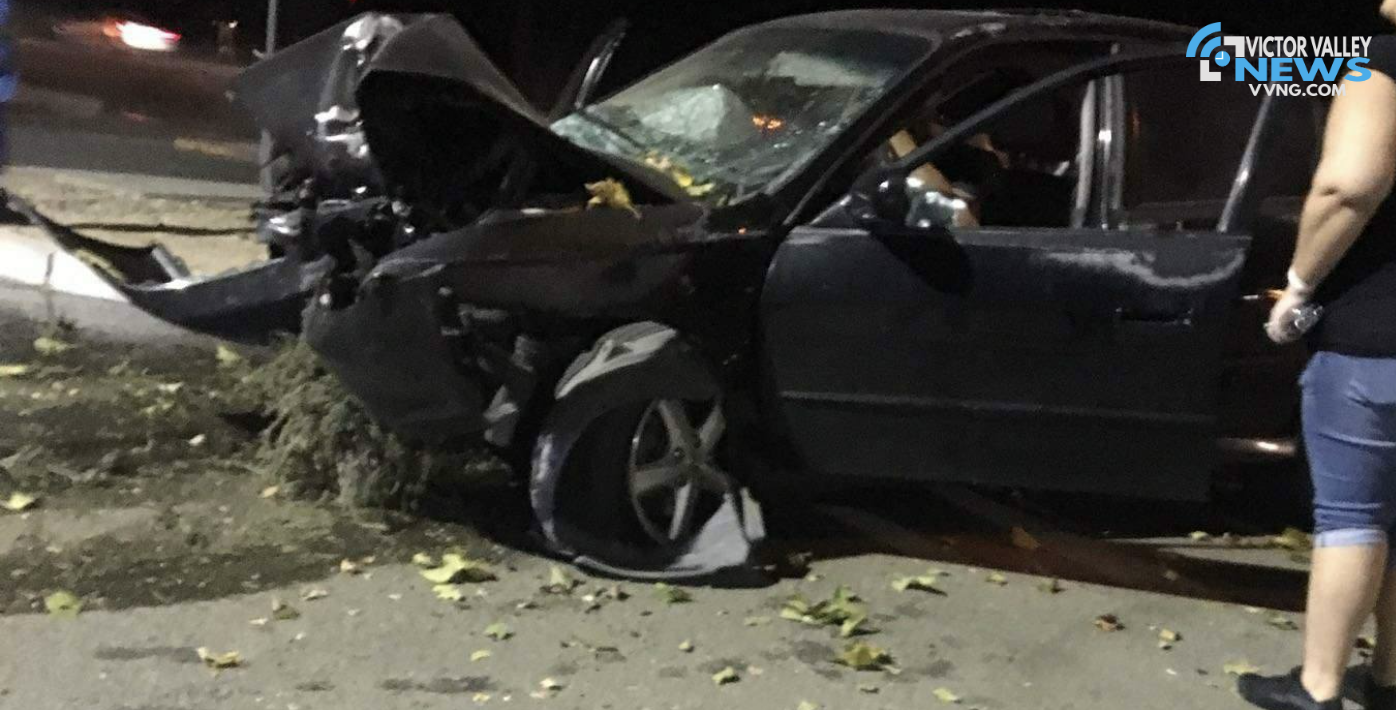 VICTORVILLE, Calif. (VVNG.com) A 23-year-old man was airlifted to a trauma center with serious injuries after his vehicle crashed into a tree Sunday night.

It happened at about 8:40 p.m., when deputies were dispatched to a single vehicle traffic collision near the intersection of Bear Valley and Hesperia Roads in Victorville.

Deputies arrived on scene and found an older model Honda Accord with major front end damage near the Carl’s Jr. parking lot in the Von’s shopping center.

Adrian Benitez witnessed the crash and helped get the driver out from the vehicle. “I called his mom and kept him awake till the ambulance showed up. I figured someone should be by his side an a family member should always be notified asap just in case it was much worse than we knew.”

The driver and sole occupant was rushed to Desert Valley Hospital with critical injuries and later airlifted to Loma Linda Medical Center.

Benitez said the vehicle was travelling westbound on Bear Valley Road when the vehicle left the roadway and crashed into a tree.

Per scanner reports, deputies were searching for a second vehicle described as a 4-door white compact after receiving information another vehicle cut off the Honda causing the crash.

The Victorville sheriff’s station is continuing to investigate the crash. Anyone with information is urged to contact dispatch at 760-241-2911.

The vehicle jumped the curb and crashed into a tree. (Google Maps)