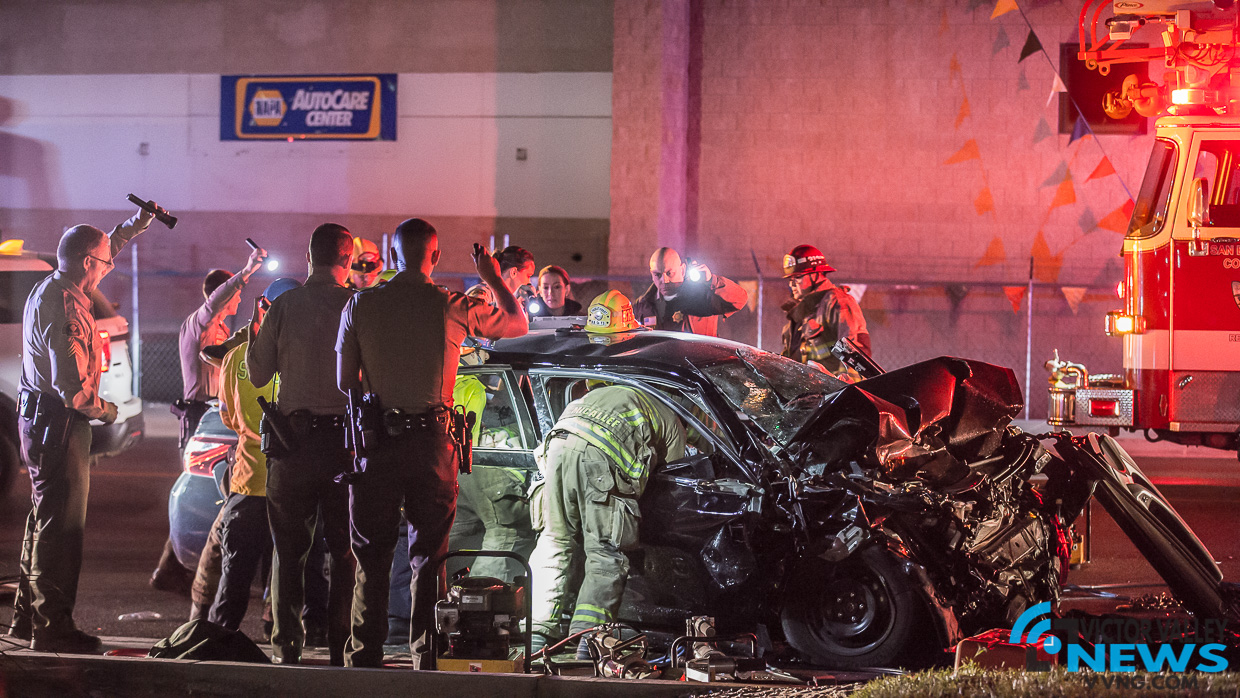 HESPERIA, Calif. (VVNG.com) A man was flown to a trauma center early Sunday morning after crashing his vehicle into a parked semi.

When deputies arrived, they located a black Nissan sedan with significant front-end damage along the southbound lane and one person trapped inside.

For reasons still unknown, the vehicle struck the back of the semi leaving the driver unresponsive and bleeding heavily from his head.

San Bernardino County Firefighters responded and used the jaws of life to extricate the driver from the vehicle. A ground ambulance transported the male, who was the sole occupant of the vehicle to Desert Valley Hospital and later airlifted him to a trauma center.

Mariposa Road was temporarily closed in both directions while officials cleared the crash. No other injuries were reported.

The cause of the crash is currently under investigation by the Hesperia Sheriff’s Station.