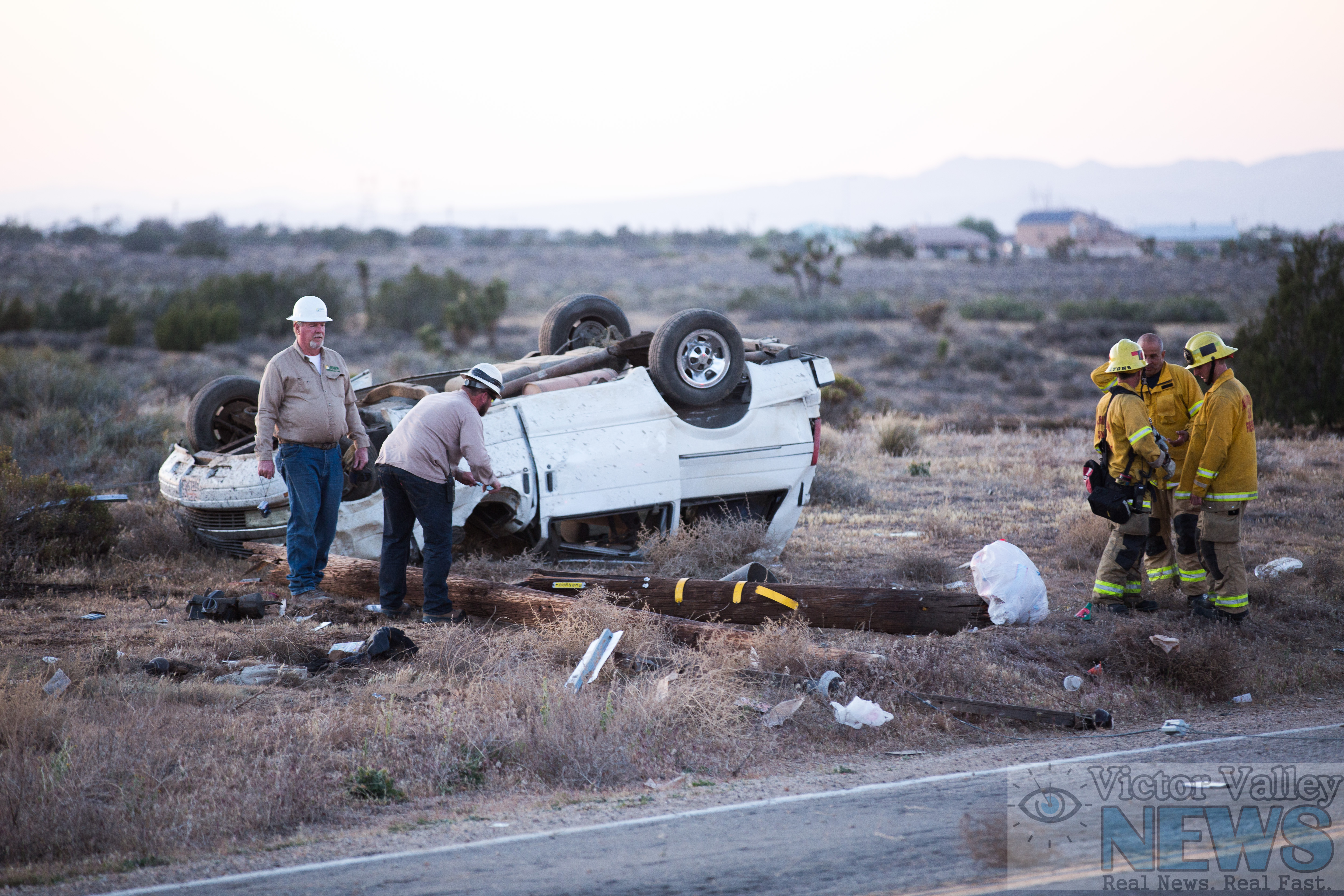 HESPERIA-(VVNG.com): Dispatch received a report on Sunday evening of a vehicle overturning several times coming to a stop only after hitting a utility pole on Ranchero Road near Caliente Road at approximately 6:00 P.M.

The victim was airlifted to Arrowhead Regional Medical Center for treatment.

“That van was driving so erratically on Amargosa right before it happened. It was a male with long dark hair driving and he was passing people, myself included, with oncoming traffic causing people to have to pull over to avoid a head on collision” said Lacey Adelmann  in a Victor Valley News Facebook group post. Others also came in contact with the erratically driving male, “The van almost hit my kids and I head on at an excessive speed I swerved into the bushes and the car rolled seconds after. My poor kids had to see it all. Thank God we were just a few yards from the fire station. I ran there and screamed for help. It was as if they were trying to hit us,” said Lori McClane Riley on a Victor Valley News Facebook group post.

According to Southern California Edison, 356 customers were impacted as a result of this collision.

A Sheriff’s helicopter was called in to search the area for any possible other occupants of the vehicle. There were no other injuries reported.

The condition of the driver or the identity is not yet available. Information will be updated as it is received.