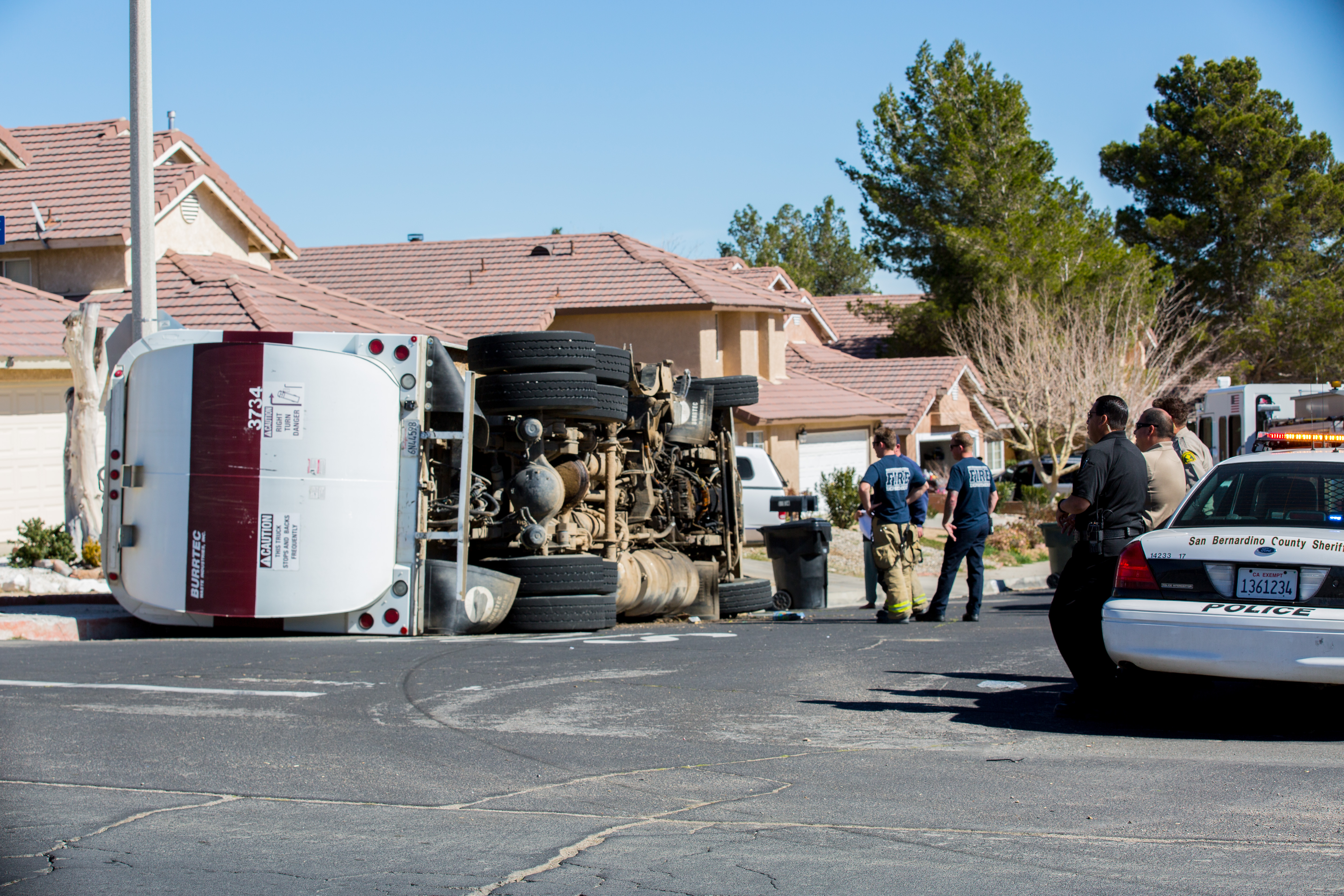 UPDATE @ 4:00 PM: According to authorities, the driver attempted to make a turn at an “unsafe” speed causing the truck to tip over. The name of the driver has not been released.

VICTORVILLE:(VVNG.com)- The driver of a Burrtec dump truck was airlifted after the truck he was in flipped over. The single vehicle crash was reported at about 11:45 AM., on Monday, February 15, 2016 in the area of 3rd Avenue and Santiago Street in Victorville.

“I was inside my house and I heard a loud bang. I went outside and ran over to the truck to check on the driver”, said Gaby Garcia who lives across the street. “The driver was in shock and afraid to get himself out. Several others and I helped get him out of the truck. He was bleeding from a cut on his head”, stated Garcia.

Due to the driver’s injuries, an air ambulance was requested. He was transported by ground ambulance to the designated landing zone at Desert Valley Hospital and later airlifted to Loma Linda Medical Center.

At this time, the cause of the accident remains under investigation. More information will be updated as it becomes available.