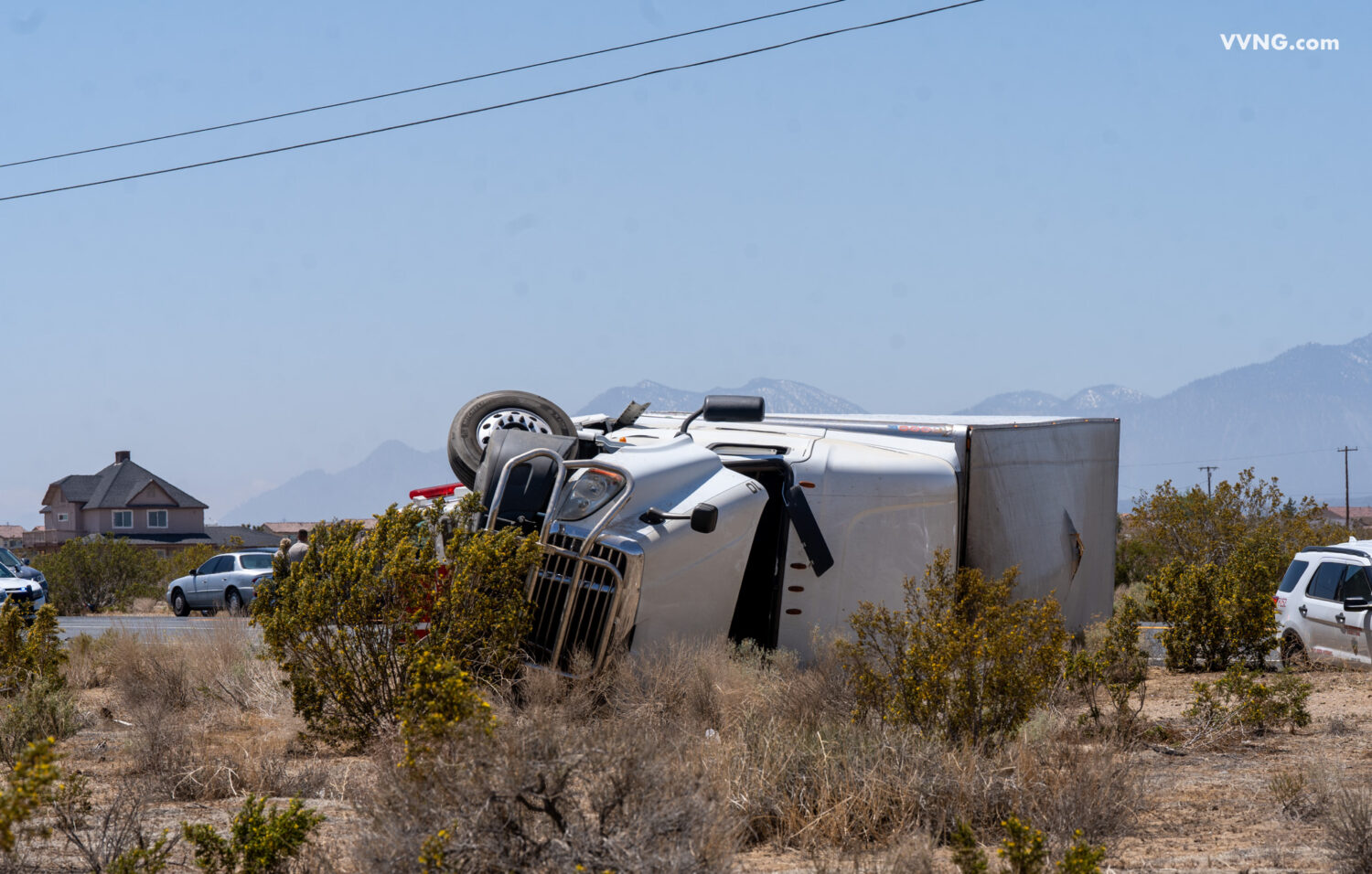 HESPERIA, Calif. (VVNG.com) — The driver of a semi was airlifted after his tractor-trailer combination overturned on U.S. Highway 395 in Victorville.

It happened at about 11:55 am, on Wednesday, April 27, 2022, near the intersection of US-395 and Sycamore Street, between Eucalyptus and Bear Valley Roads.

Based on preliminary reports, the semi was north on the highway when it clipped a white Audi sedan and eventually overturning into the desert.

Victorville City Fire responded to the scene and requested a helicopter to airlift the driver of the semi to a trauma center.

No other injuries were reported and the cause of the accident is under investigation by the Victorville Police Department.