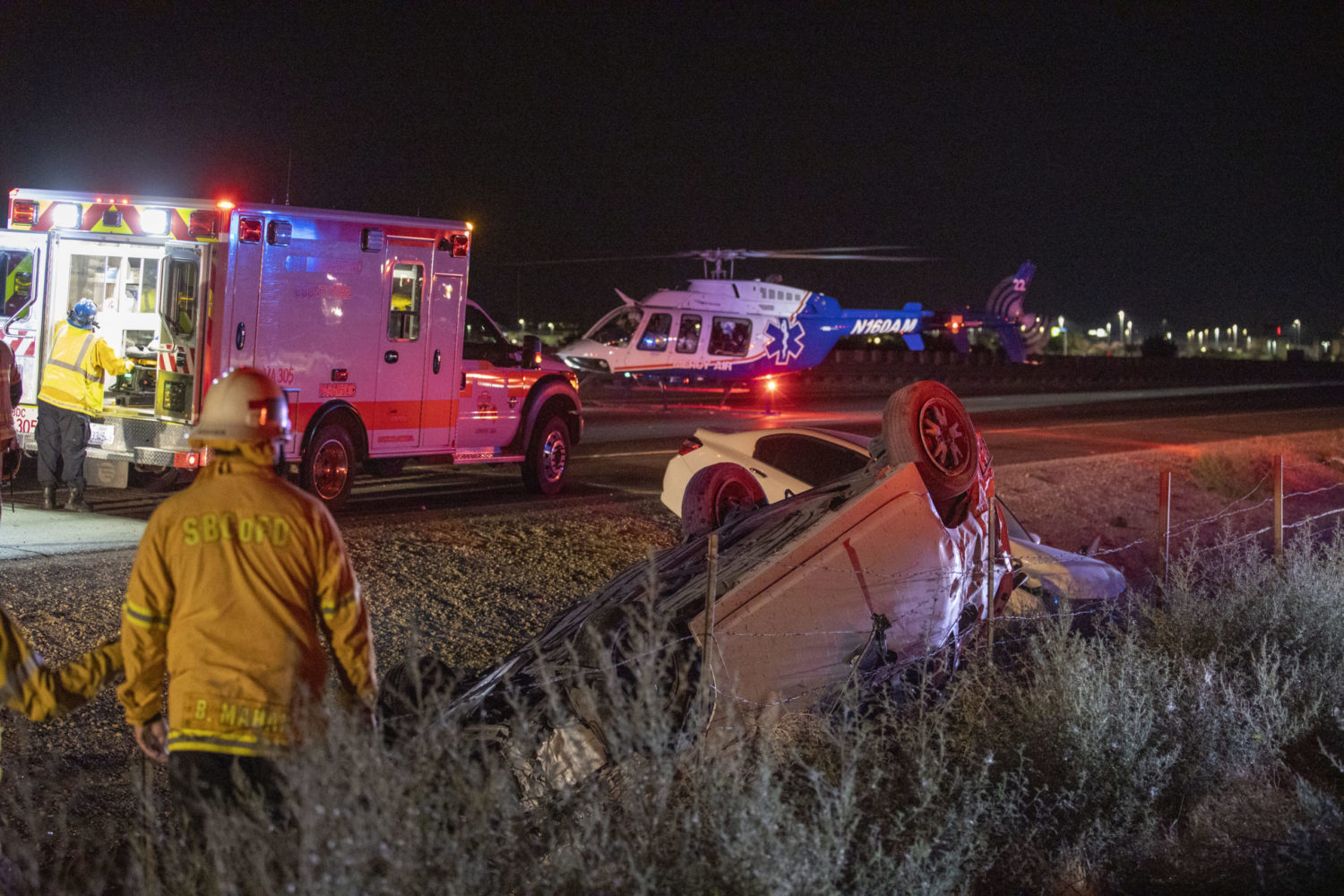 HESPERIA, Calif. (VVNG.com) — A man was airlifted after he was involved in a two-car crash on the 15 freeway in Hesperia Labor Day morning.

The crash was reported at 4:51 a.m. on the northbound 15 freeway between Joshua Road and Main Street.

San Bernardino County Firefighters and the California Highway Patrol responded to the incident and located the Kia overturned in a ditch and a Honda with minor damage nearby.

Once firefighters were able to extricate the driver, they requested a helicopter to land on the freeway to transport the person to a trauma center.

All northbound lanes were briefly shut down as a Mercy Air helicopter landed for the crash victim.

The driver of the Honda told VVNG he was heading home when he starting feeling sleepy, and that’s when the crash happened.

“I just hope the man is going to be ok,” the Honda driver stated, ” the guy was talking, but he was in pain.”

The driver of the Honda was not injured. He remained at the scene and cooperated with officials.

Drugs and or alcohol were not suspected to be a factor in the crash, which remains under invesigation by the California Highway Patrol – Victorville Station.