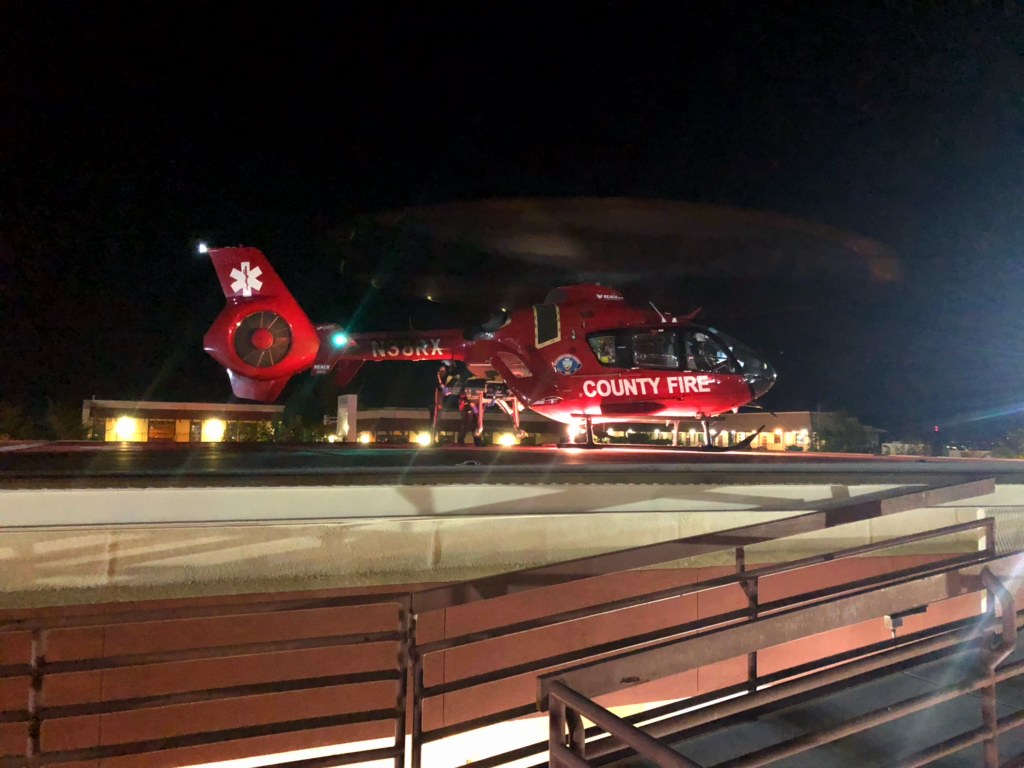 VICTORVILLE, Calif. (VVNG.com) — One person was flown to a trauma center after crashing into a tree and a power pole early Sunday morning.

At 12:42 am, San Bernardino County Firefighters responded to a traffic collision in the area of Seneca Road and Mc Art Road in Victorville.

Upon arrival, County Firefighters found two vehicles involved in the crash. One of the sedans had major damage to the driver side with a female occupant in the driver seat.

Due to woman’s injuries, firefighters requested the use of helicopter H-325 to airlift the patient to an out of area trauma center.

Fire Captain Jeff Allen said, “air transport to trauma centers is the preferred method in many areas of the county including the high desert. Ground transport times to trauma centers can exceed 1 hour in many cases. On this call, the patient arrived at the trauma center via Helicopter 325 in just over 40 minutes after the initial call time, which is exceptional”.

No other injuries were reported and the official cause of the crash remains under investigation by the Victorville Police Department.