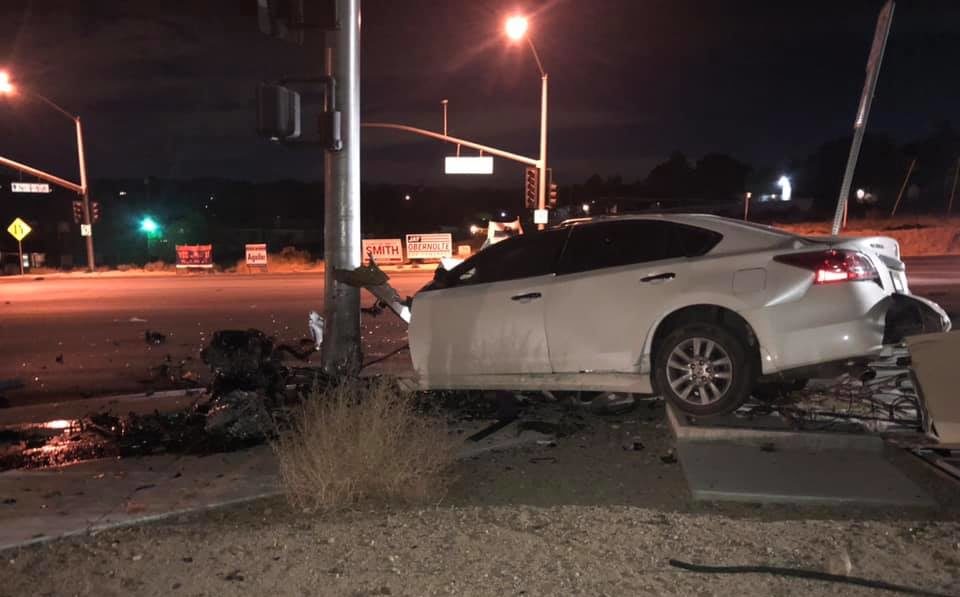 HESPERIA, Calif. (VVNG.com) — A driver involved in an early-morning crash was airlifted to a trauma center after crashing into a traffic pole in Hesperia.

It happened on November 1, 2020, at about 5:05 am, on Rock Springs Road near Main Street. An off-duty firefighter reported the vehicle had collided with a pole and the driver was trapped inside.

San Bernardino County Fire responded to the incident and determined extensive extrication would be required.

Jesse Pierce, a member of the VVNG Facebook group commented and said the car was traveling from Rock Springs at a high speed when it crashed right into the pole. “The whole engine and transmission came out of the car,” he stated. According to Peirce, the female didn’t look to be in good shape and was unresponsive.

Firefighters requested a medical helicopter to respond and land on the football field at Sultana High School. Mercy Air 22 accepted the flight and subsequently airlifted the driver to Arrowhead Regional Medical Center with life-threatening injuries.

Personnel from Southern California Edison and City of Hesperia Public Works were requested to respond.