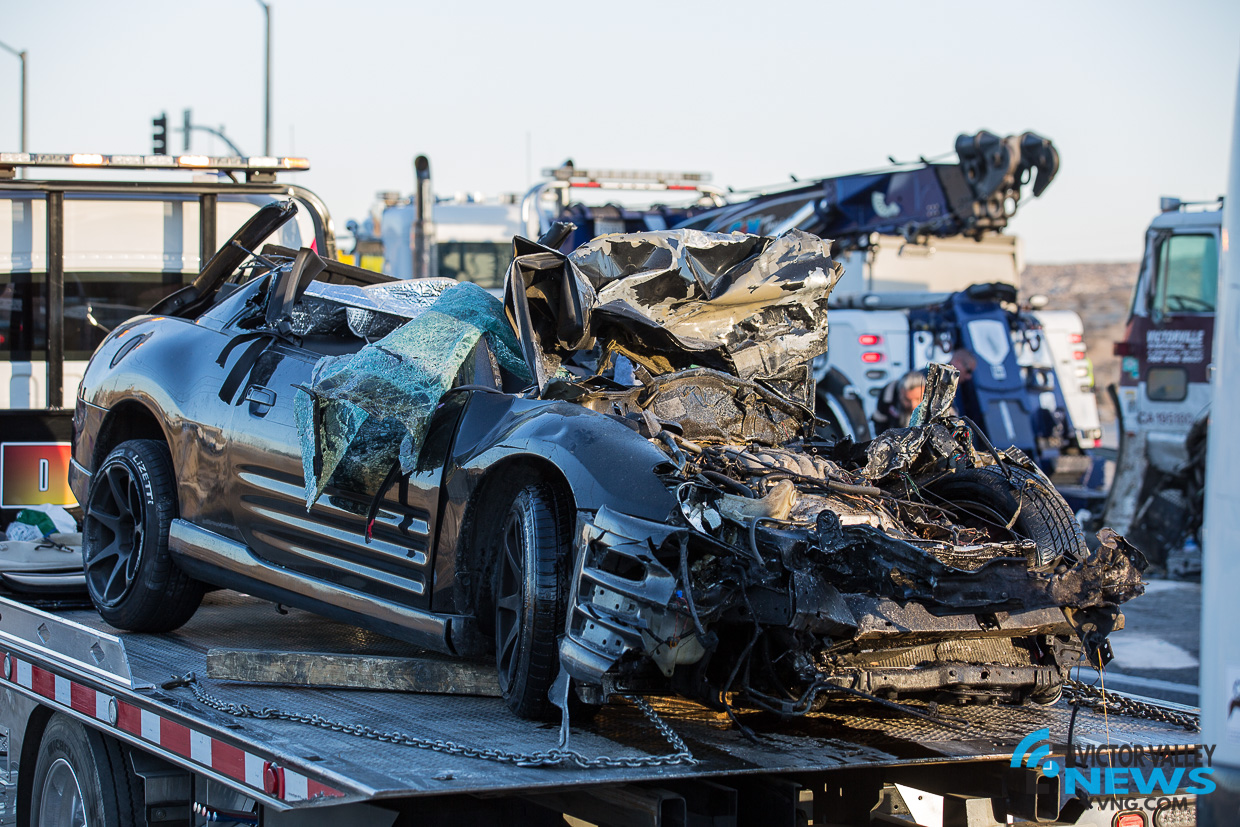 VICTORVILLE, Calif. (VVNG.com) — A man was airlifted to a trauma center after crashing head-on with a disposal truck here Tuesday morning.

It happened at about 6:37 am, near the intersection of National Trails Highway and Air Expressway and involved a black Mitsubishi Eclipse and a Victorville City Burrtec truck.

Based on preliminary reports, the Eclipse was heading northbound on Air Expressway attempting to turn right onto National Trails Highway when it crashed into a Burrtec truck heading westbound.

Deputy J. Dean said it appeared the driver of the Eclipse was unable to negotiate the turn and crossed over the double yellow lines and crashed into the Burrtec truck that was already slowing down to make a left turn.

After the crash, a major portion of the Eclipse was wedged under the disposal truck causing the driver to be pinned in his car.

San Bernardino County Firefighters required extensive extrication techniques to remove the trapped driver from the sedan. Firefighters requested the use of County Helicopter h325 and the patient was flown to Arrowhead Regional Medical Center. The driver sustained serious injuries but was conscious and alert at the time of transport.

No other injuries were reported and no other vehicles were involved in the crash.

The crash is under investigation by the Victorville Police Department. 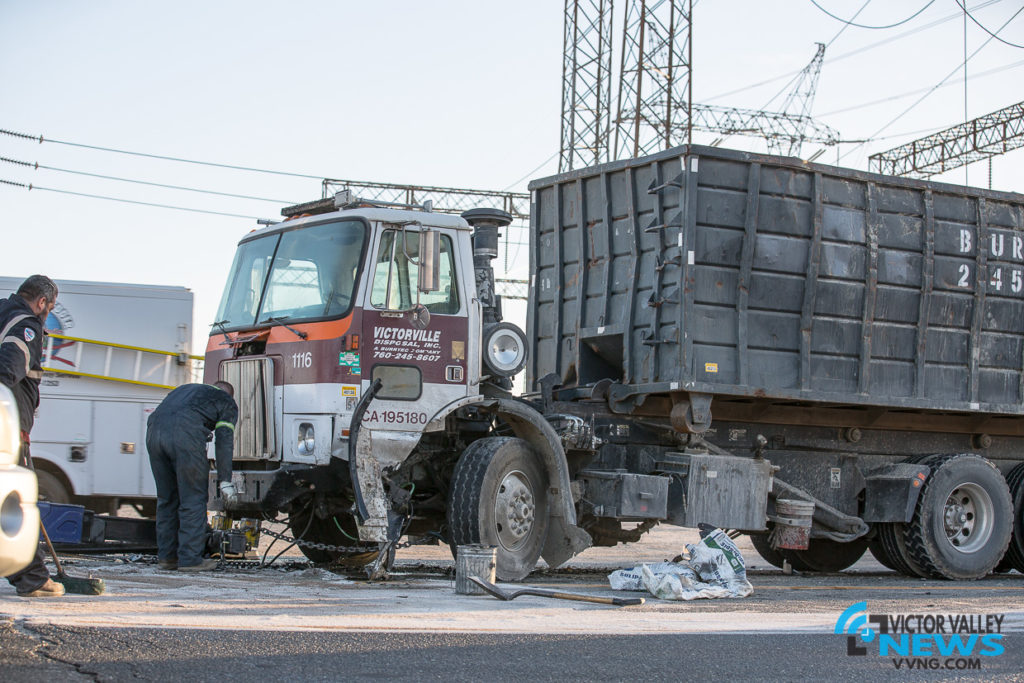