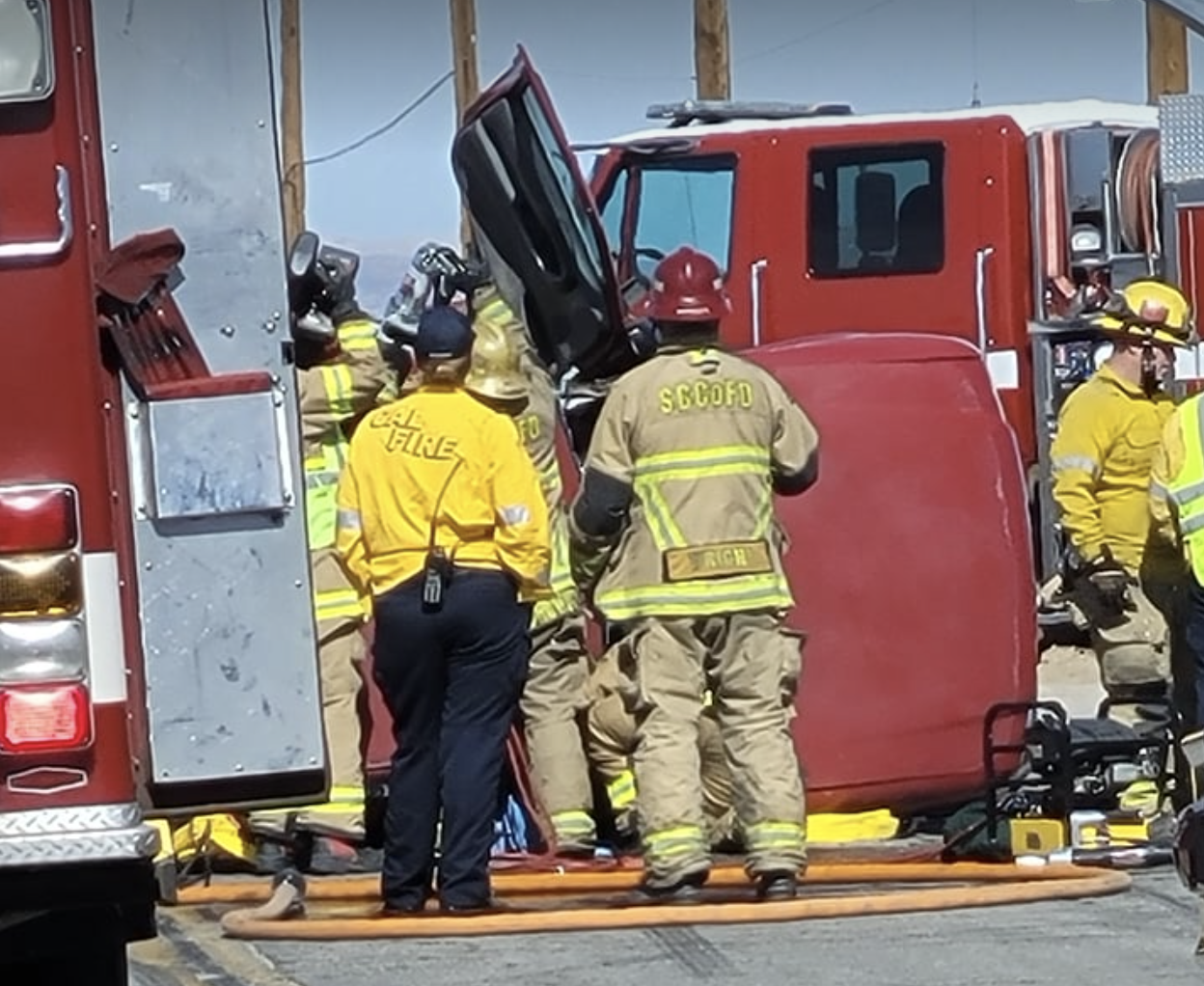 PHELAN, Calif. (VVNG.com) — Firefighters had to extricate a driver out of his truck before he was airlifted to a trauma center on Saturday afternoon.

San Bernardino County Fire responded to the crash and located the red truck on its side and the 62-year-old male driver trapped. The brown truck was reportedly carrying a big load of hay and it’s unknown if that driver was injured.

After approximately fifteen minutes of extrication, firefighters were able to remove the driver from the vehicle. He was transported by ground ambulance to the Stater Brothers shopping center and subsequently airlifted to Loma Linda University Medical Center for treatment of unknown injuries.

Officers from the Victorville CHP station are handling the investigation. Additional information will be updated as it becomes available.