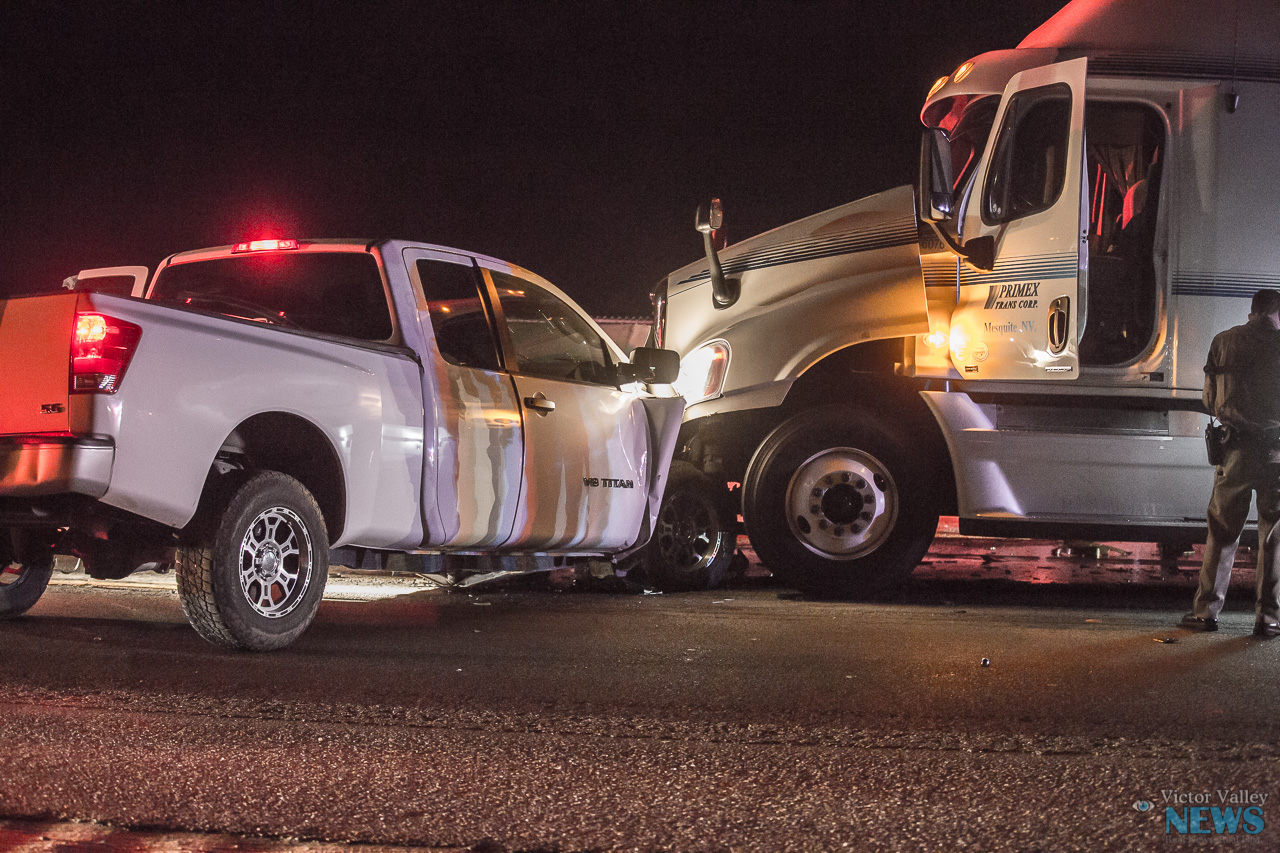 PHELAN:(VVNG.com)- The California Highway Patrol and firefighters responded to a head-on traffic collision involving a Nissan Titan and a tractor-trailer on Phelan Road and Zing Drive. The two-vehicle crash was reported at 6:18 PM., on Wednesday, January 27, 2016.

A man was airlifted with serious injuries after crashing head-on into a tractor-trailer. (Gabriel D. Espinoza, Victor Valley News)

Based on the information contained in the CHP incident logs, the pickup truck went across lanes of traffic and crashed into the semi.

According to scanner traffic, the driver of the truck was located unconscious. An air ambulance was requested to transport him to Arrowhead Regional Medical Center. The driver of the semi was not injured and cooperated with CHP officers during the investigation.

At this time, the official cause of the accident remains under investigation by the California Highway Patrol. More information will be updated as it becomes available.