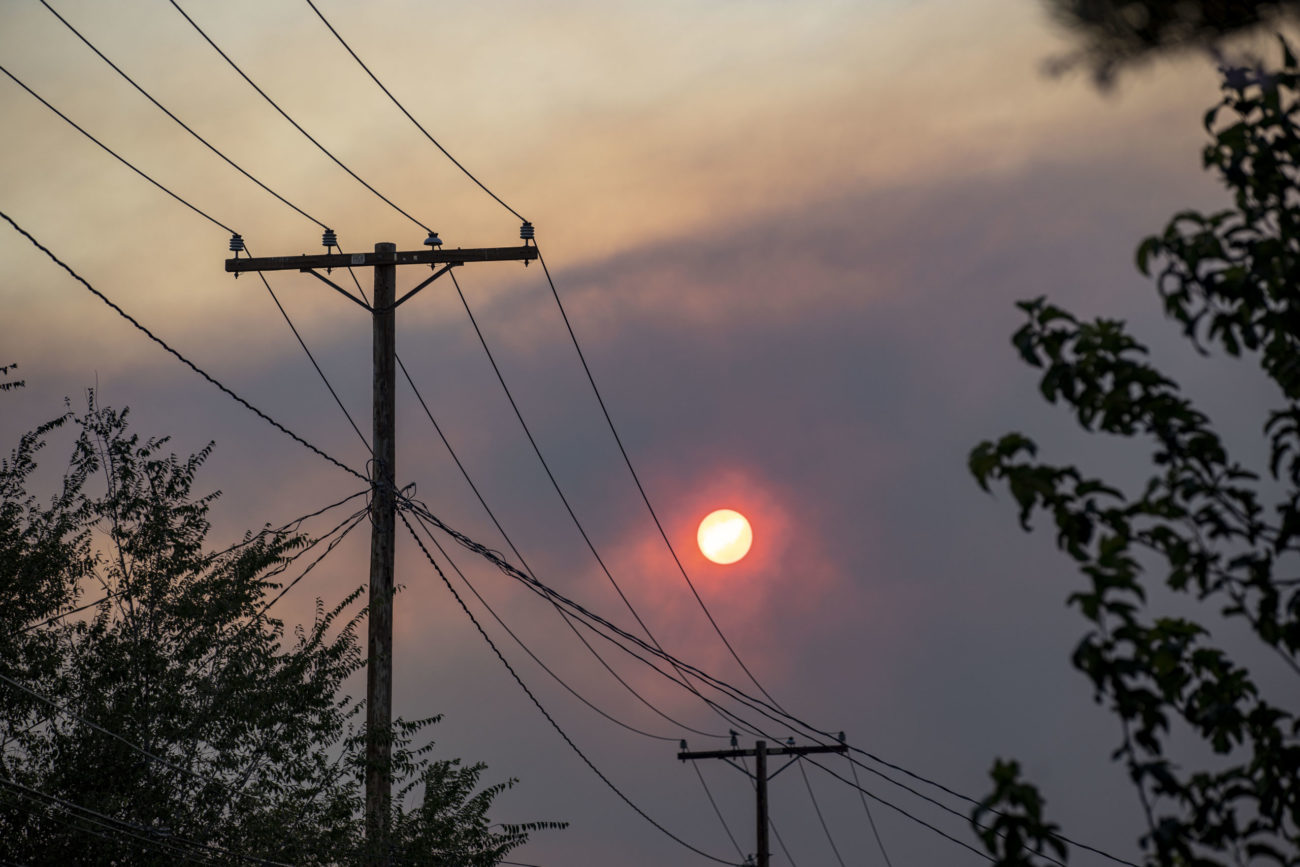 Drift smoke from the Bobcat Fire caused a red sunset in the Victor Valley on Friday. (Hugo C. Valdez, VVNG.com)

VICTOR VALLEY, Calif. (VVNG.com) — Wind gusts of up to 44 MPH are pushing the Bobcat Fire and causing drift smoke to travel towards the Victor Valley.

According to a tweet from the Angeles National Forest, the Bobcat fire made an aggressive push into the Juniper Hills area threatening structures.

The Bobcat fire jumped to over 72,000 acres and is 15% contained as of Friday evening. Fire officials said they have three areas of concern, Mt. Wilson, Highway 39, and Antelope Valley.

During a Friday news conference Los Angeles County Fire Chief Daryl Osby said the Mt. Wilson Observatory and antennas are currently being protected and there’s a lot of positive efforts in regards to securing and protection the observatory and the antennas.

“Highway 39 we have containment lines and personnel they’re trying to keep the fire west of Highway 39. If it gets east of Highway 39 then it starts going toward Wrightwood then most likely we would include San Bernardino County to enter into unified command,” stated Osby.

Fire officials said in the Antelope’s Valley, especially in the east end around Juniper Hills/Valyermo they expect some structure loss from today’s actions bu wouldn’t speculate on any specific numbers.

“Everybody should recognize that 2020 has turned out to be the worst fire season as it relates to wildfires in the state of CA. We keep data that dates back to a century ago, we have the 20 top fires in history as it relates to the state of CA. Currently of those top 20 fires 5 of the top 20 fires ever to burn in the state of CA are burning right now in northern CA, which is a challenge to us in getting some of the resources that we would normally get for the Bobcat Fire,” stated Los Angeles County Fire Chief Daryl Osby.

New evacuation warnings were issued for the following areas:

#BobcatFire On the western edge near Chilao there’s been a slopover on Hwy 2, dozers are working to pick it up. Continued winds in the north pushed the fire into the front county of desert. An active firefight continues, aircraft use is hindered by smoke and heavy winds. pic.twitter.com/pQJxoxp3lR