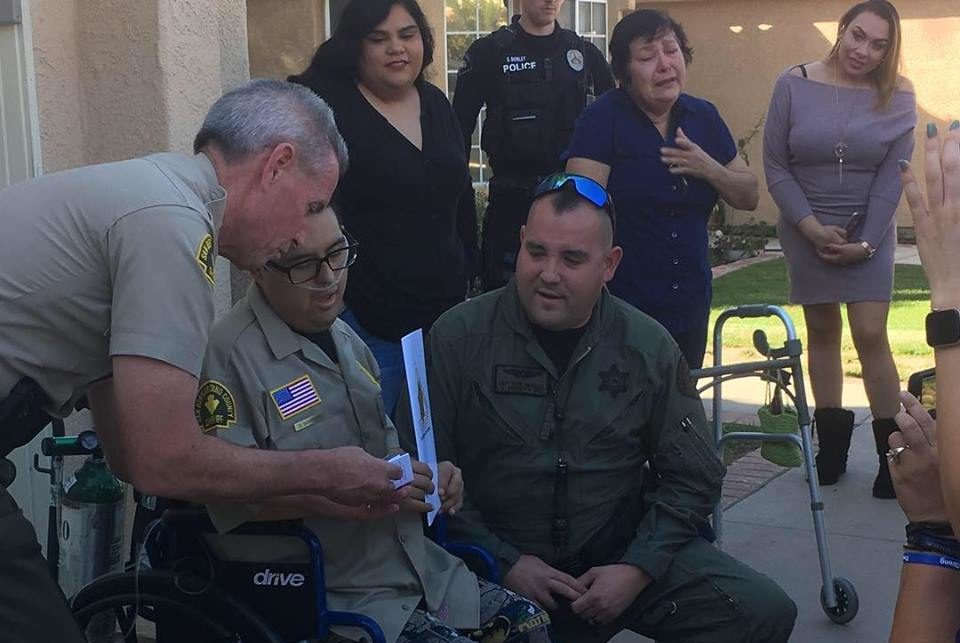 SAN BERNARDINO, Calif. (VVNG.com) — Multiple law enforcement agencies rallied together on a short notice to honor the wish of a terminally ill man to become a “puppy cop”.

The San Bernardino County Sheriff’s Department posted a tweet introducing the young honorary deputy who was sworn in on Wednesday afternoon.

“Everyone, meet Deputy Bryan Barahona, We are so honored to have helped bring a smile to his face. Bryan is terminally ill and his lifelong dream was to become a deputy sheriff,” stated the tweet.

Bryan Barahona, 21, is a resident of Mentone who’s living on hospice care with terminal leukemia.

In a video posted by the department, Sheriff John McMahon could be seen arriving at the family’s home accompanied by a swat truck (bearcat), motor-cops, and countless patrol vehicles with lights and sirens.

The Sheriff carried a ‘special shirt’ as he walked over to Bryan and said, “Hi Bryan, how are you? We have a special shirt for you. I understand you want to be a deputy sheriff. So we’re gonna make you an honorary sheriff deputy in San Bernardino County.”

Bryan’s face was visibly filled with joy and excitement to wear the uniformed shirt as his family looked on with tears in their eyes.

Bryan posed for photos with several of the K9 deputies as well as many of the human officers. He even got to ride around in a patrol vehicle while sitting in the front seat. And a sheriff’s helicopter flew over the house as Bryan waved on.

In a Facebook post, the San Bernardino Police Department said this entire operation was pulled together in less than 24 hours. On the day before the big surprise, Santa visited with Bryan and told Santa his only wish for Christmas was to be a ‘puppy cop’.

“Local law enforcement agencies scrambled and were able to pull together quite the show for him in less than 24 hours,” stated the post.

The special wish was made possible by amazing people at the Debbie Chisholm Memorial Foundation – dedicated to granting wishes of seriously ill children within the Inland Empire.

Everyone, meet Deputy Bryan Barahona. We are so honored to have helped bring a smile to his face. Bryan is terminally ill and his lifelong dream was to become a deputy sheriff. @DCMF_Wishes @OntarioPD @RedlandsPD @SanBernardinoPD @LASDHQ @FontanaPD @LASDHQ pic.twitter.com/u6sEHSEjkE

Just look at his face looking at the police helicopter hovering over his house 💙 pic.twitter.com/GBggjsPHUv 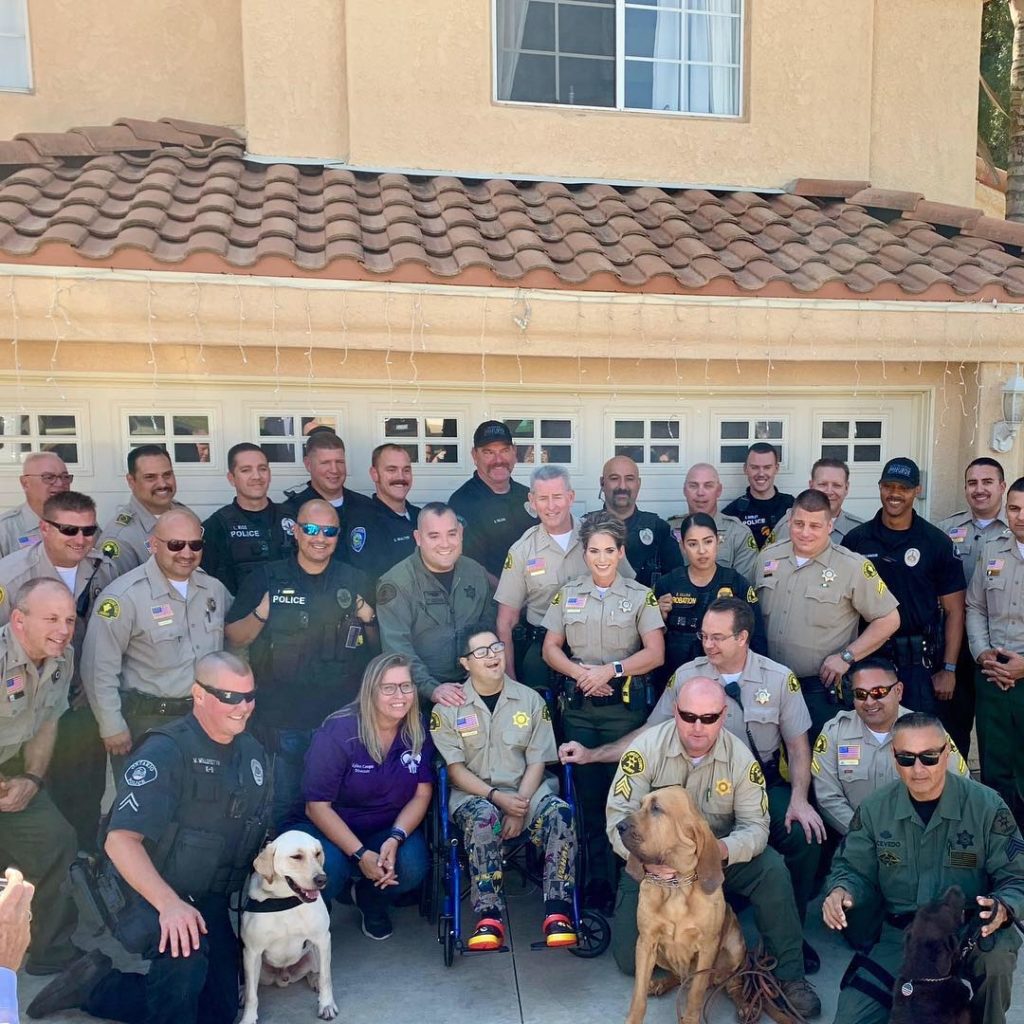 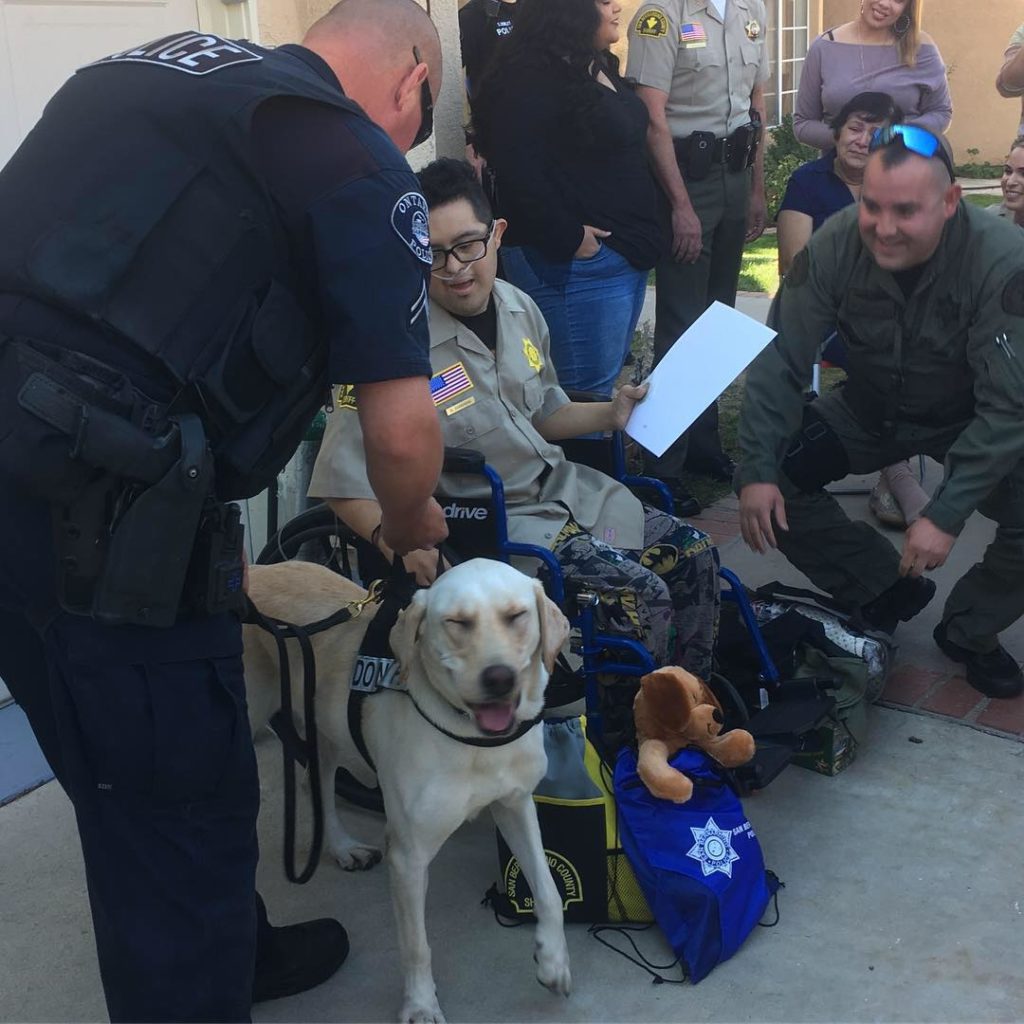 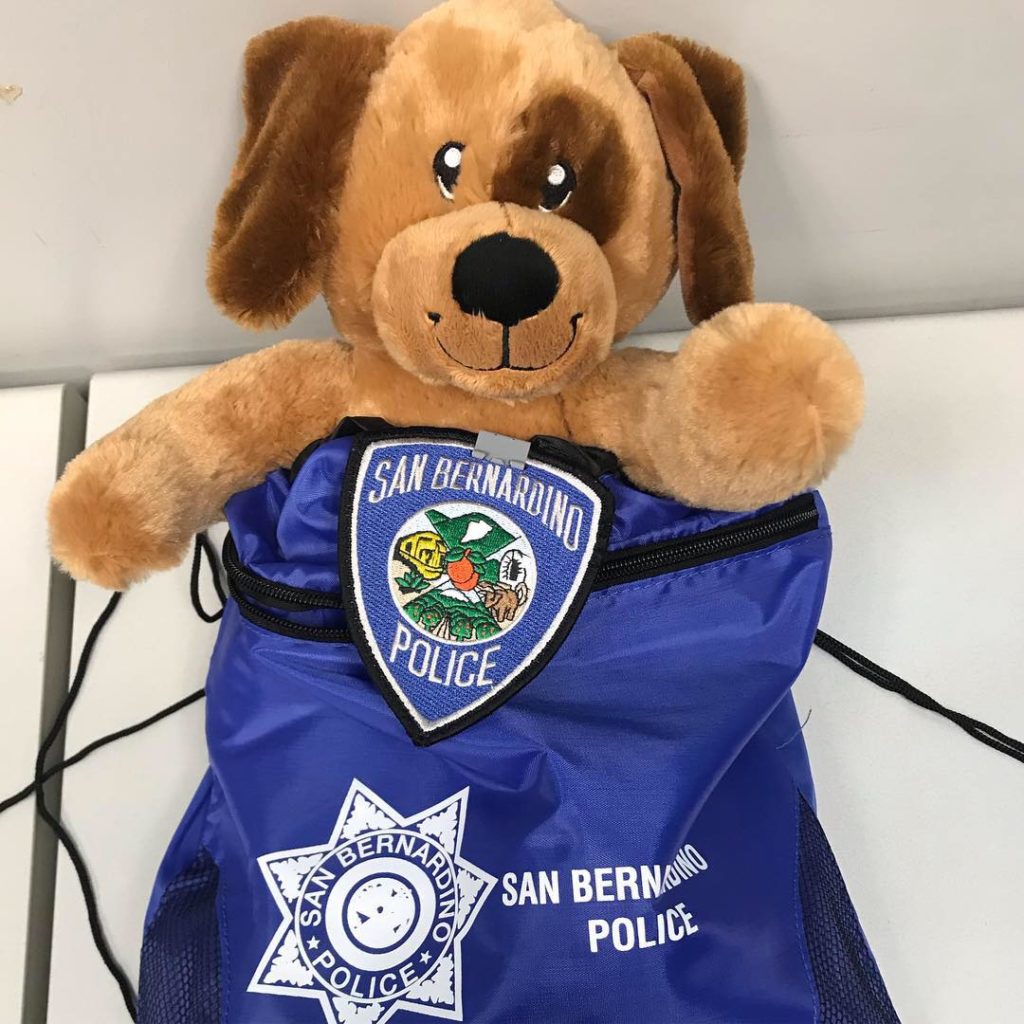